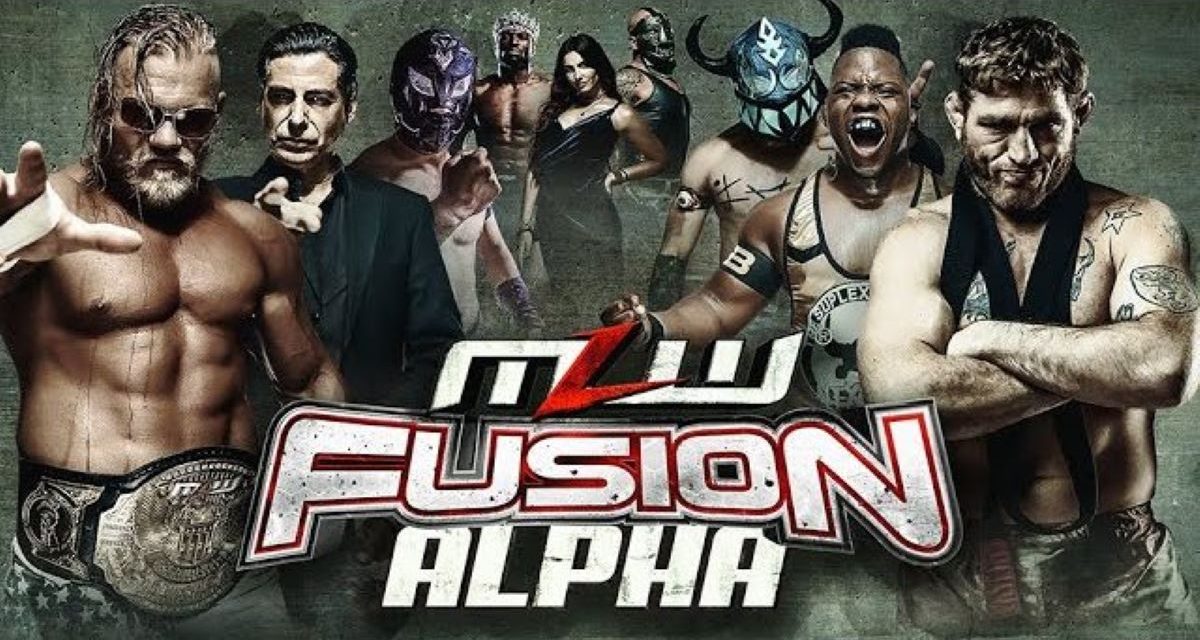 Cesar Duran may be the duke of douchery, but as the matchmaker for MLW he is providing some great matchups. Take, for example, tonight’s main event with “Filthy” Tom Lawlor and Hammerstone, for the MLW Openweight Championship.  We’ll see if Your Boy Hammer still walks out of the match with the title in anticipation of his title vs. title match with MLW Heavyweight Champion Jacob Fatu.

For now, let’s get to the show from the ECW Arena in Philadelphia, PA.  Your commentators Rich Bocchini and fight analyst St. Laurent have the call, and just as we get started on the first match, Mads Krügger comes in and mumbles something about stopping Hammerstone.

(Quick Rant:  This is not a complaint on the former Grogan’s skills on the mic delivering a promo.  This *is* a complaint of having him deliver said promo while muffled through what sounds like two feet of latex and cotton balls.  Either get Josef Samael to speak on his behalf, or cut out the mouthpiece so I can understand whatever it is he’s trying to say!  End Rant)

So, Hail…yeah, you get the idea.  Let’s go to the First Match of the night

This is a match best described as Aramis’ traditional lucha libre versus Arez’ “Strange Style.”  Arez is very unorthodox with his move set, and that’s saying a lot for the luchador, hence his “strange style.”  Some of the moves need to be seen to be believed but I’ll do my best here.  From the time the bell rings, it’s a fast paced match that gets the fickle Philly crowd chanting “Lucha!  Lucha!”, but neither man has an advantage, and the match soon spills outside the ring.

At one point, Arez goes outside and delivers with a variation of Sliced Bread #2 to Aramis which leads to…

Ads for Fightland (which made no sense for that ad placement, but, yeah.  I am already sold on the show)

We come back to the luchadors going full bore with various kicks between the two.  Aramis now goes to outside and hits a full sprint tope suicida, and then follows with a somersault plancha from the top of ring post to Arez on the floor.  Back in the ring, Aramis lands with a twisting 450 splash for cover for a two and a half count.  Aramis whips Arez to the corner, and Arez counters with a kick and a Michinoku driver to cover for a two count.  Aramis returns back with a Spanish fly variation, followed by a powerbomb for two.  Now it’s Arez’s turn to answer with a unique slam variation, and then a spinning lungblower for a two count.

Arez goes up top to a Shooting Star Press but misses, and Aramis  use the opportunity to get Arez up in a fireman’s carry and wins with Desnucadora de Muscatero (an airplane spin on the shoulders to a Blue thunder powerbomb).

Your Winner via Pinfall:  Aramis

We get a special look at Jacob Fatu, and his long heavyweight title reign, and ads for the return of TAJIRI to Fightland. The Japanese Buzzsaw back in the United States?  Yes, please!

Backstage, we see Cesar Duran on the phone saying you cannot let down the “renegades.”  Matt Cross comes out again and gets in Duran’s grill, saying he wants a shot at the title.  Duran doesn’t like interruptions, but does likes his ambition, and sets him up for a match on next week’s Fusion ALPHA, with Jacob Fatu.  Well, break a leg, Cross (Oh, wait!  Too soon?).

Let’s get to the next match of the night…

The Philly crowd chants for “Budd!”, and we hear from Bocchini and St. Laurent that King Mo is apparently upset not selected for Opera Cup.  So I guess Kane will deliver his feelings in the form of violence.

(Quick Rant #2:  this is just a squash match, and I do not recap squash matches, so here’s a squash recipe for Vegan Butternut Squash Tacos with Chipotle Cilantro Sauce, if you need a healthy option for your next Taco Tuesday.)

The match did have some high spots.  Since Kane is billed as a “Suplex Assassin” (since calling him a “Human Suplex Machine” would probably get him ceased and desisted), he delivers suplexes to poor Budd, while Mo on the outside uses cue cards to count the number of suplexes delivered.  Anyway, Kane’s finisher is described as a ripcord Olympic Suplex (which is Kane having wrist control and getting Budd into a modified Angle Slam) and he puts one foot on Budd’s corpse, while posing a la Chris Jericho, which mercifully ends the match.

Your Winner via Pinfall:  Alex Kane

As King Mo and Kane leave, Budd chooses that moment to gives them both a warm Philadelphian one finger salute.  Well, Kane ain’t going for that, and goes back in and delivers (in order) an exploder suplex, a German suplex, and another ripcord Olympic suplex, before more refs come in to put a stop to this.

Backstage, it’s “The Interview Queen” Alicia Atout with EJ Nduka, and she mentions that he had the most eliminations in Battle Riot a few months back.  “’The Judge’ is built for this,” he replies.

Now a vignette with the new LAX, and Konnan, Rivera, Smoke and Slice Boogie are hyped up and keep it 100, promising they will deliver beat downs to #Injustice

Bocchini and St. Laurent plug other matches in anticipation for Fightland, including a 4-Way match for the MLW Middleweight title, held by Myron Reed.  He will face against Arez, Aramis, and…TAJIRI?  Gulp!

Looks like it will be an undisputed debut (thenkyewimhereallweektipyerwaitstaff)

St. Laurent announces that Duran is happy with Kane approach to violence, and granted him an alternate spot in the upcoming Opera Cup, if someone is unable to compete.

We now go to The Tale of the Tape for tonight’s Main Event:

Got it?  Good.  Here’s your Main Event for the…

As the combatants enter, it’s noted that Hammerstone has held the title for 2.5 years, and Lawlor has never held title, but this could be his opportunity.  Bell rings, and there’s chain wrestling to start, with Lawlor trying to overpower the Man from Muscle Mountain.  He tries a shoulder tackle, but can’t overtake Your Boy Hammer.  Lawlor takes a walk outside to re-figure his strategy.  Lawlor tries to pull out Hammer out of the ring, but can’t. As Hammerstone pulls up Lawlor to the ring, he yanks Hammer’s arm down hard on the top rope.  Hammer gives chase, as Lawlor

tries to use any advantage on the outside, but that is a no go, Mon ami.  We get some odd static with the feed, but can still see the match

Back in the ring finally, and while the ref’s back is turned, Lawlor rakes the eyes Hammer and connects with aan arm-assisted  bulldog.

Now Lawlor is in control and tries to use the ropes for leverage, but it’s too much Hammer for the Filthy One.  Lawlor focuses back on weakening Hammerstone’s arm, and tries an armbar submission.  Hammer quickly gets to the ropes to break the hold.  From there, we get “Yay/Boo” forearms from both men, and Lawlor kicks Hammer down.  Lawlor now with a flurry of kicks to wear down the Man from Muscle Mountain.  Hammer gets to his feet, and Lawlor goes for a guillotine choke, but Hammer tosses him off.  Lawlor still controls the wrist of hammer and knocks him down to go for a crossface, but Hammer is able to reach for another rope break.  Hammerstone nails a spinning uranage to Lawlor, and he shoots the ropes.  Lawlor tries to clothesline Hammerstone, but cannot.  When Hammerstone nails a clothesline, Lawlor goes down.  Hammerstone with a belly to belly overhead suplex covers Lawlor for a two count.  A leaping enzugiri by Lawlor to Hammerstone’s bad arm, and Lawlor signals to the back for his Team Filthy friends but nobody comes out.  Hammerstone then gets Lawlor in a German suplex, then a powerbomb to cover for a two count.  Now he gets Lawlor in the Nightmare Pendulum for the one, two, and three to end the match.

Alicia Atout is backstage to talk to hammer, but no sooner than when he parts the curtain, Hammer gets jumped by members of Contra Unit, and the Contra chyron comes up as the show ends.