Ric Flair responds to Dark Side of the Ring allegations: ‘It never happened’ 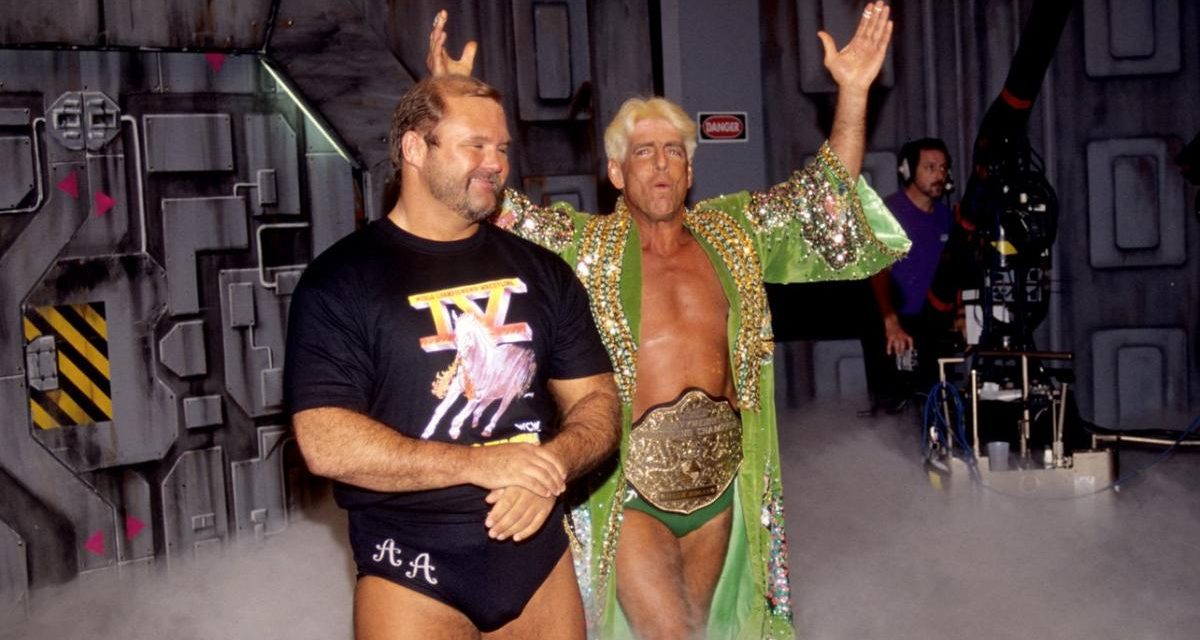 Wrestling icon Ric Flair took to Twitter to respond to the latest episode of Dark Side of the Ring which retold in detail the infamous “plane ride from hell”.

In the episode, the behaviour of some of the WWE talent during a 2002 chartered international flight was chronicled including the claims in a law suit that Ric Flair flashed the stewardesses, forced their hands on his crotch area and forcibly detained one of them in the galley area.

Ric Flair has always steadfastly denied the allegations. The WWE settled the suit out of court at the time.

“Every person that I’ve worked with, from my lawyer to my publicist to my wife has said not to post a response; but I’ve never run from past behaviors before and I’m not going to start now. I want to clarify a few things,” Flair began with his statement.

“About four years ago, I gave ESPN full access to my life for a “30 for 30” special. They covered taxes, financial issues, adultery, divorces, the passing of my child and drinking/partying AT LENGTH. Rory Kampf, desperate to matter for another 15 minutes, did an interview about it this morning. When Rory’s lips are moving, he’s typically lying, but one part of what he said was the God’s honest truth:

“I’d never heard that he had forced someone to touch his genital,” Karpf admitted. “Everything with Ric that was construed as negative I tried to address in the 30 for 30. His drinking, his philandering, his adultery, his money problems, there’s quite a bit, but never, at least in the people that I spoke to, no one ever brought up that he would force himself on somebody.”

“I allowed my personal life and the lives of my wife and children to be turned upside down for one reason: Whether it’s good or bad, even the really bad, the truth has to matter. Even in wrestling. My issues have been well documented over my 40+ year career. The impact of drinking too much (which nearly killed me 5 years ago) has been told time and time and time again. The reason Rory (or anyone else for that matter) never heard stories of me forcing myself on ANYONE is simple: it never happened,” Flair concluded.

In a follow-up post, Flair had this to say:

“To clarify, the “helicopter” as it was called, is accurate. I wish I could blame it on youth, but it was a case of drinking too much and being inappropriate and I apologize for that (and have countless times over the years). I made some bad decisions during dark periods in my life, and it is something I’ve spent a significant part of years I was given by the doctors in 2017 trying to make right. I condemn sexual assault in any way, shape or form. I could (and have) written books (as have others) that have covered my transgressions. I’ve made some terrible decisions, but I’ve never forced myself on anyone in any way. Period,” he wrote.

As a result of the unruly, chaotic trip Scott Hall and Curt Hennig were fired by the WWE.

Since the special aired, the arrest record of Heidi Doyle, the stewardess interviewed in the episode, has once again resurfaced.

In 2016, Doyle was arrested and charged with commercial burglary, identity theft and writing fake checks in connection with two robberies in which $80,000 in jewelry was stolen.

Ric Flair’s current advertising campaign with Carshield has been suspended in response to the allegations in the episode and the WWE had edited him out of Raw’s opening.

‘Dark Side of the Ring’ Story & Review Archive