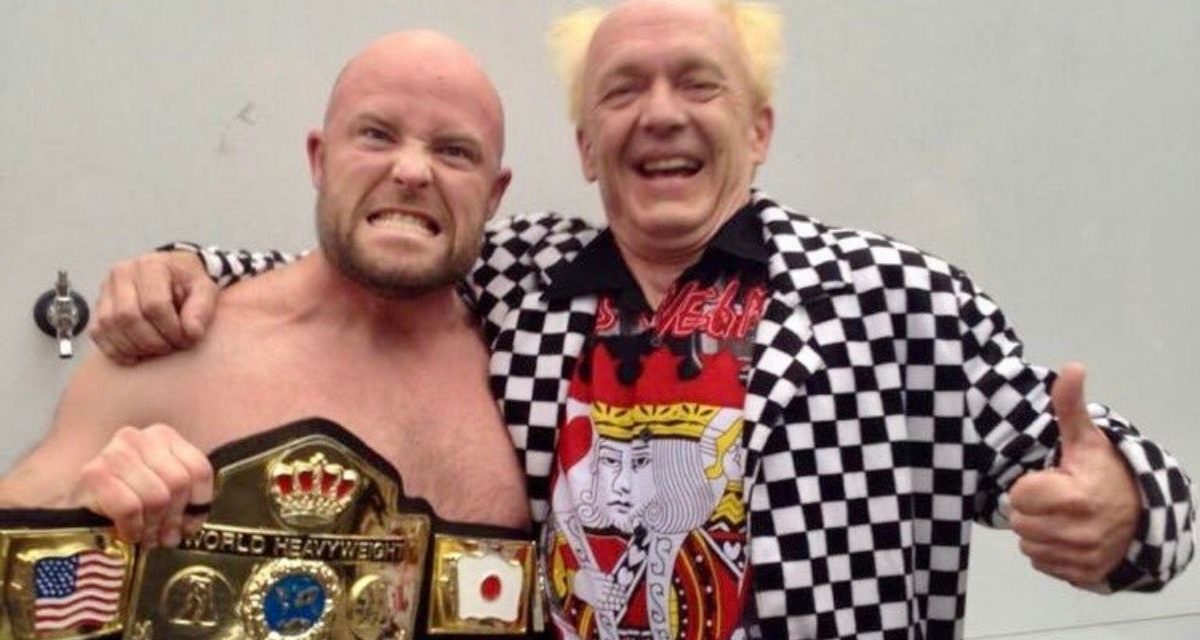 By TIM LARSON – For SlamWrestling.net

Midwest wrestling manager Mago, one half of the High Rollers, died August 31, 2021, from lung cancer. He was 64 years old and had survived a several-year battle with pancreatic cancer.

Mago (real name Jerry Anderson) was a mainstay on Minnesota cards in the 1990s and into the 2000s along with managing partner STX (real name Sterling Nolan) as the High Rollers. On occasion, the duo was accompanied by several women known as the Rollerettes.

Mago debuted in 1991 and was trained by Eddie Sharkey and Terry Fox.

The High Rollers were most closely connected to the French Lake Wrestling Association (FLWA) where Nolan was the promoter. However, the duo also managed in nearly every promotion in Minnesota and an several throughout North Dakota, Iowa, and Wisconsin.

“He was one of kind,” said partner and long-time friend STX. “He was like a brother.”

Mago often drew heat for his hair, which was spread out on the sides to make him look like a clown. However, he hated to be called Bozo.

The High Rollers also had opportunities to work with several legends in different capacities including Nick Bockwinkel, The Destroyer Dick Beyer and Red Bastien.

Mago was the half of the tag team that often took the big spot including a stink face from Rikishi, an avalanche from King Kong Bundy, the claw from Baron Von Raschke, the Shake, Rattle and Roll from Honky Tonk Man, the gore from Rhyno and a bite on the nose from Mad Dog Vachon.

Another career highlight was traveling with Leon Spinks when the former boxer was appearing as a wrestler in Wisconsin. “We were on the same card as Leon and we had to get him to and from the hotel,” said managing partner High Roller STX. “About 2 a.m., Mago challenged Leon to a fight. Mago had his horns (Bozo hair) up. Leon laughed and said, ‘You are the white Don King.’”

Mago was a regular at the George Tragos/Lou Thesz Pro Wrestling Hall of Fame weekend and Cauliflower Alley Conventions in the 2010s.

Mago’s and partner STX appeared on a memorable episode of the Jerry Springer show.

In addition to wrestling, Mago dabbled as a magician and was an avid baseball enthusiast including many trips to spring training to see his beloved Minnesota Twins. During time as spring training, Mago and STX befriended many of the players throughout the years including favorites David Ortiz, Michael Cuddyer, Torii Hunter, Joe Nathan, Eddie Guardado, Ron Gardenhire, Rick Stelmaszek, Wayne Hattaway, Scott Ullger, Rick Anderson and Jerry White.

He was also co-producer of FLAP-FEST which include performances by The Coasters, The Marvelettes, Georgia Satellites, Jonny Lang and Chubby Checker.

While Mago was the wrestling persona, Jerry Anderson was the man. His passing hit many hard.

“Jerry was truly one of the funniest guys I ever met. An absolute riot. Every time I worked with him and his friend/business partner Sterling Nolan, they had me in stitches,” recalled long-time announcer Mick Karch on Facebook. “Jerry was a standup guy who fought like hell for the past several years to overcome what were insurmountable odds. He had guts, determination, and a passion for life that never waned. He posted often about his journey, the occasional ups, and the more frequent and agonizing downs. I saw him maybe once or twice a year but I will cherish the time spent with him, 32 years worth.”

“When I first met Jerry 20 years ago, he became a friend instantly and was the kind of guy who would do anything to help you,” recalled former Minnesota wrestling announcer Dale Spear.

Jerry Lee Anderson was born June 6, 1957 in Dickison, North Dakota, and died August 31, 2021, at his home in Annandale, Minn., in hospice care from lung cancer. When not doing fun things like wrestling or baseball or magic, he was a machinist by trade.

Services are pending. Jerry is survived by his faithful four-legged companion, Poncho; siblings, Jocelyn (Tom) Givens of Monmouth, OR, Tom (Kellie) of Ramsey, and Paul (Len) of Maple Grove; nieces and nephews, Jesse (Yanet), Abbie, and Sammy Givens, Kassie (Danny) Rinnet, Andy, Christopher, and Jacob Anderson; great-nieces and great-nephews, Jaden, Joshua, Jesse Jr., Gabby, Reilly, and Clara; and many beloved, friends, colleagues, and fans. He was preceded in death by his parents.

– with files from Sterling Nolan 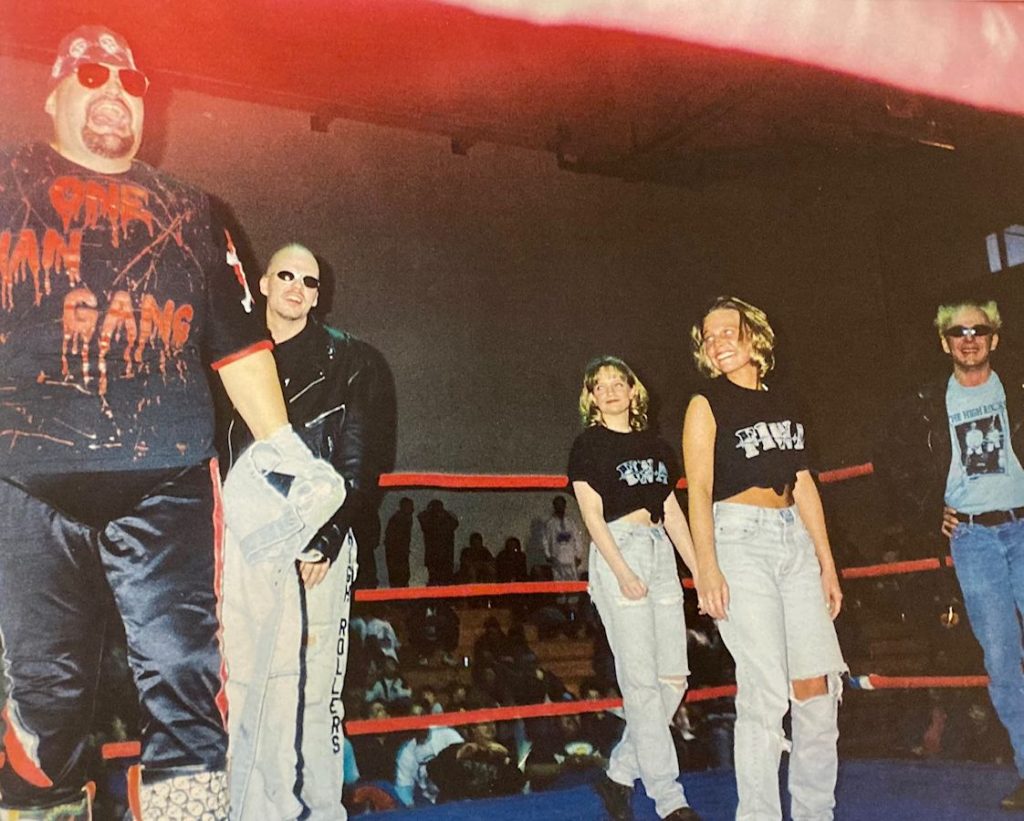 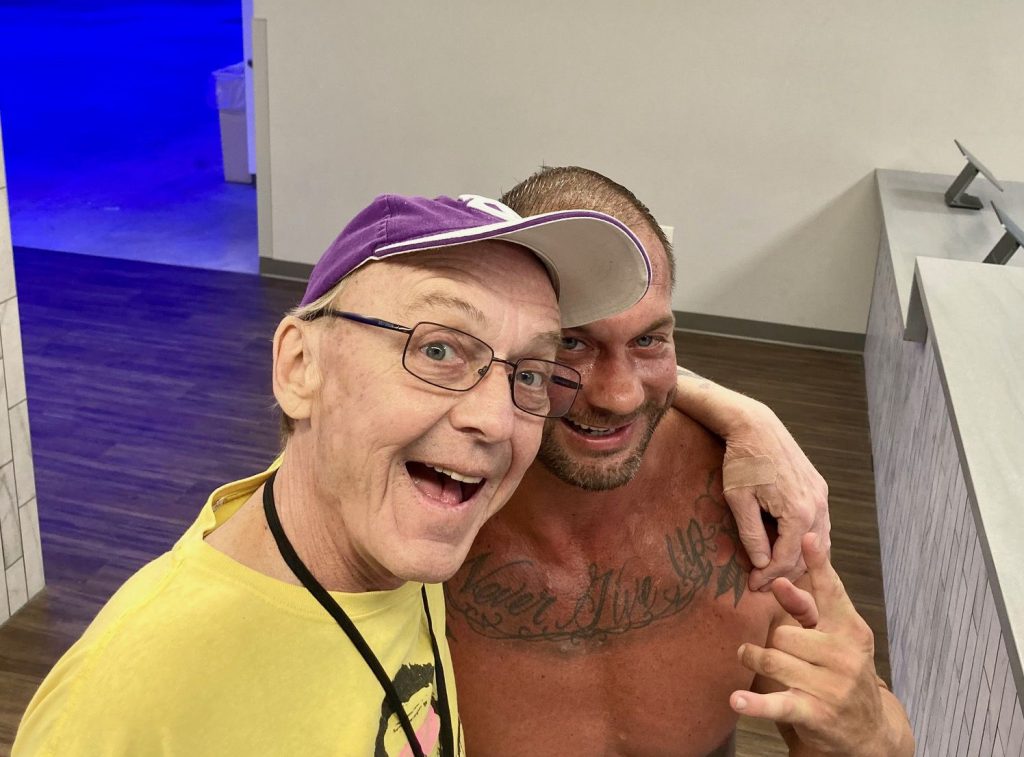 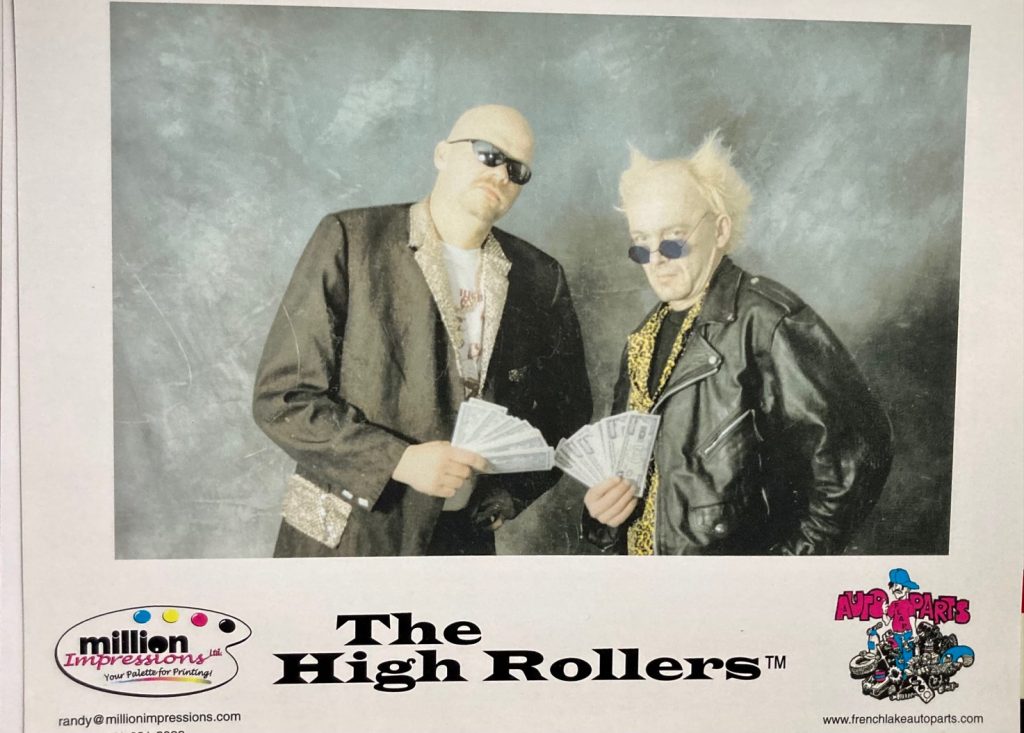 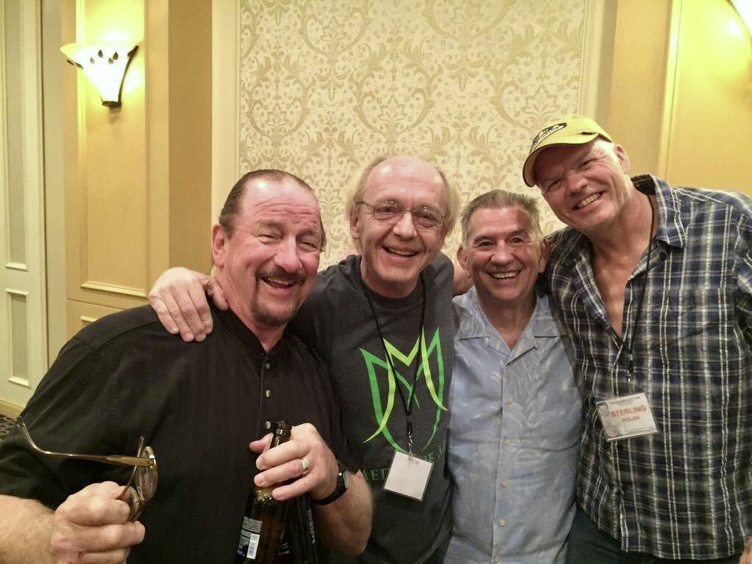 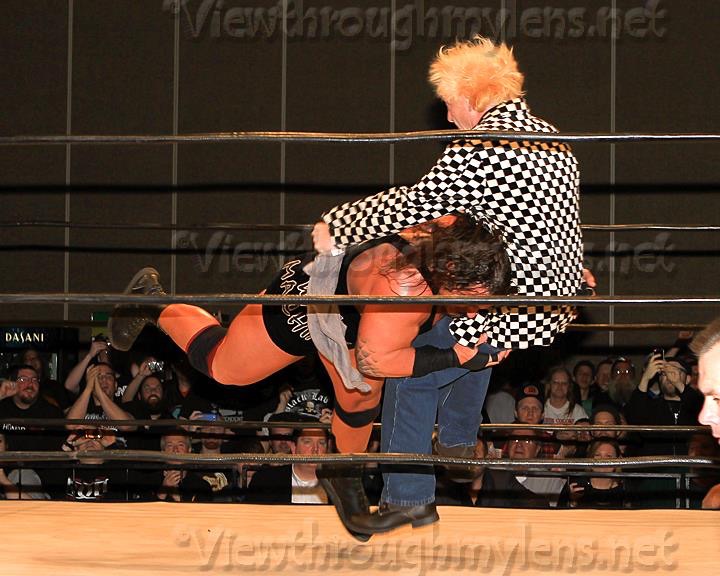 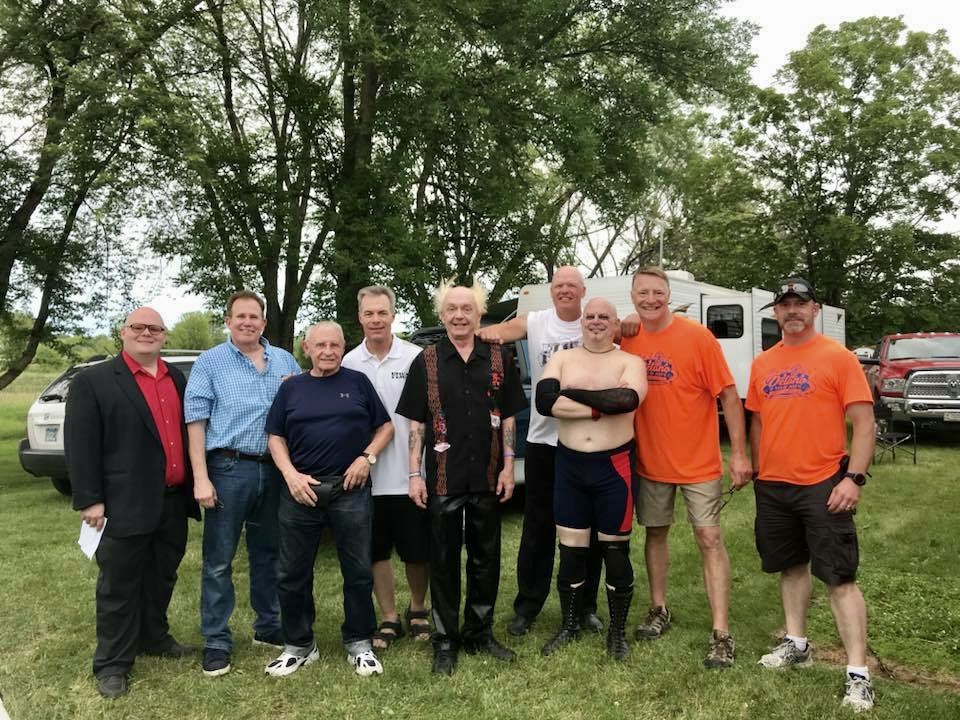 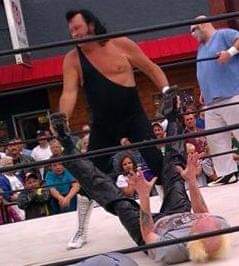 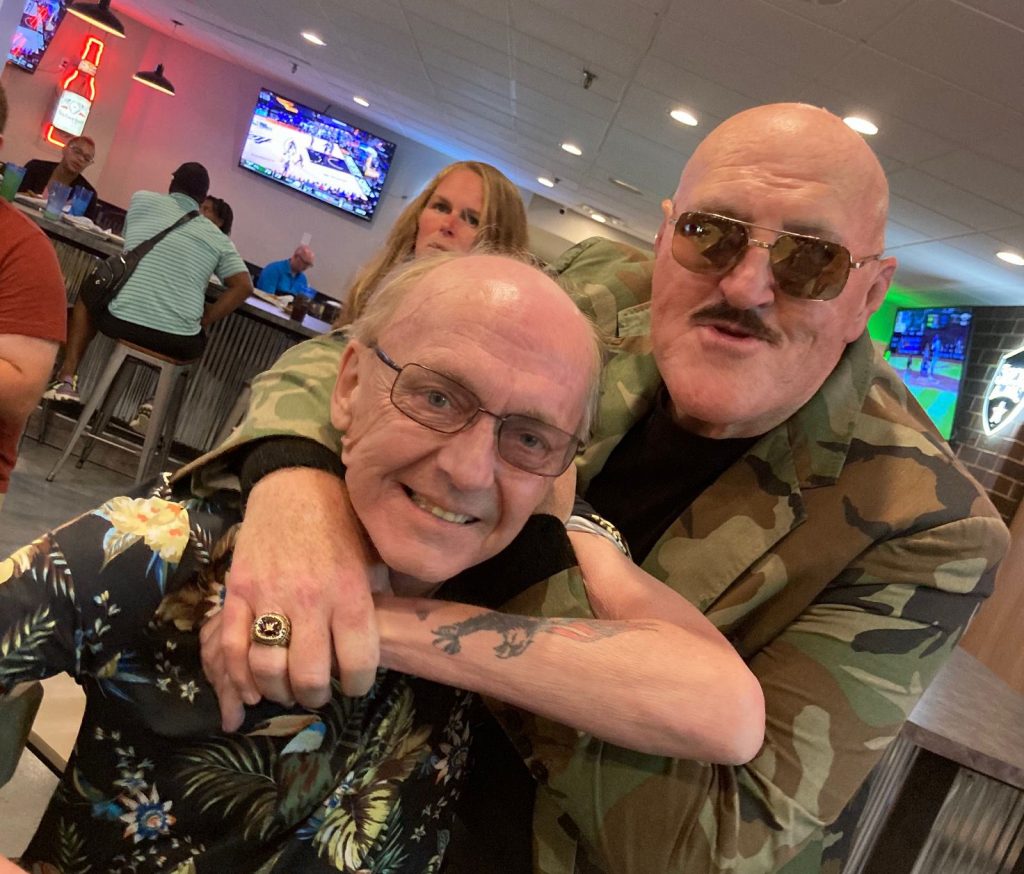 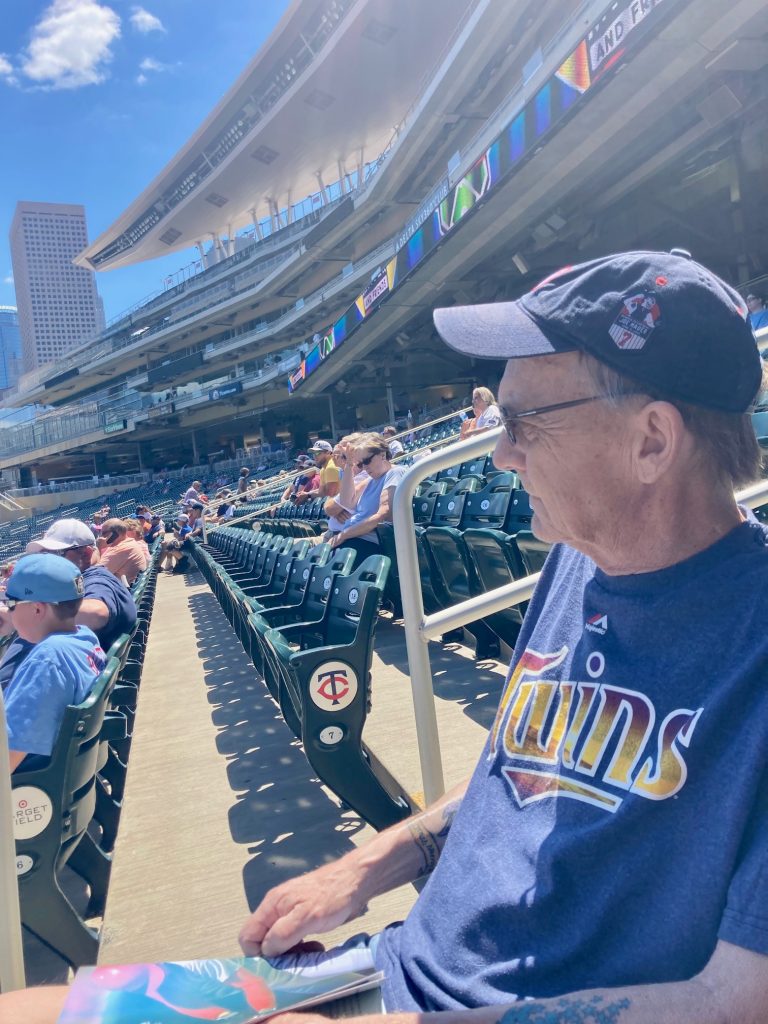 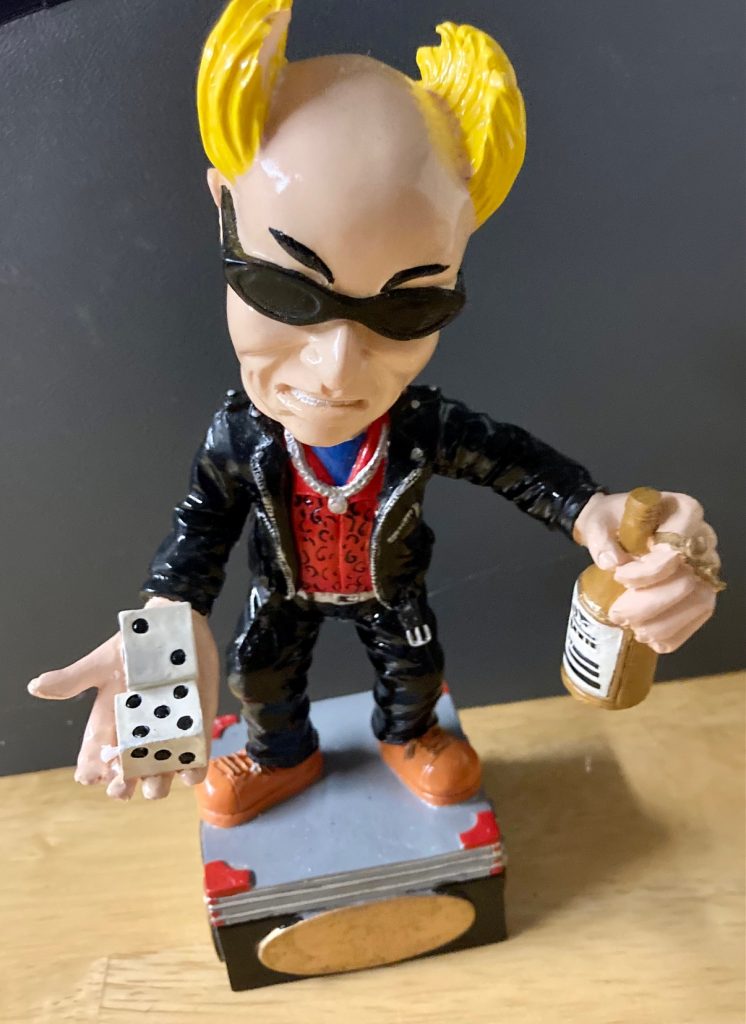 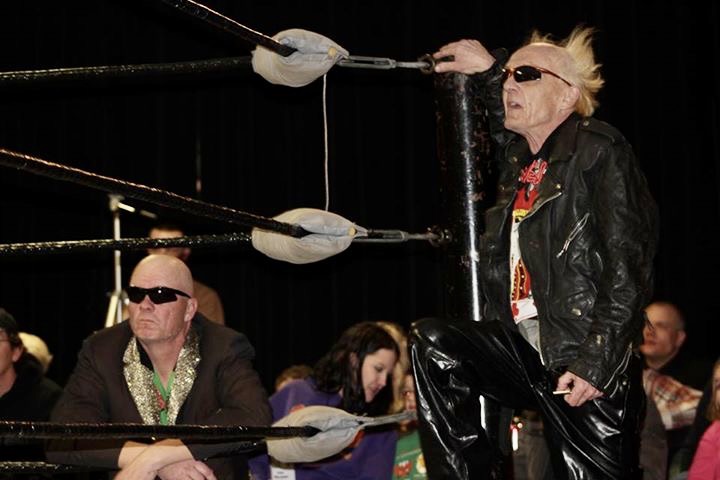 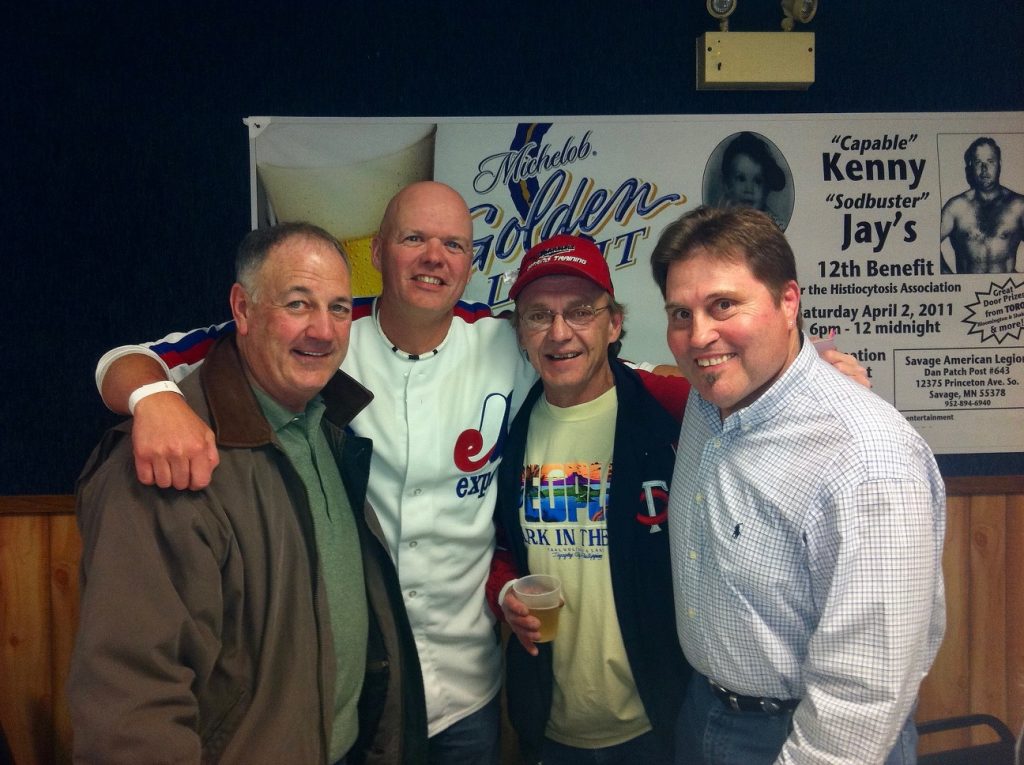 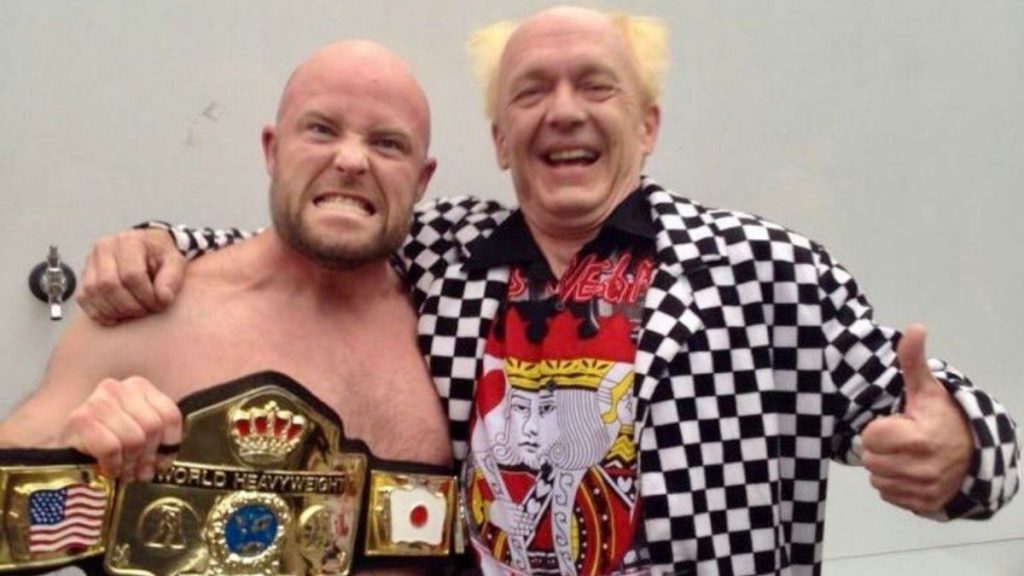