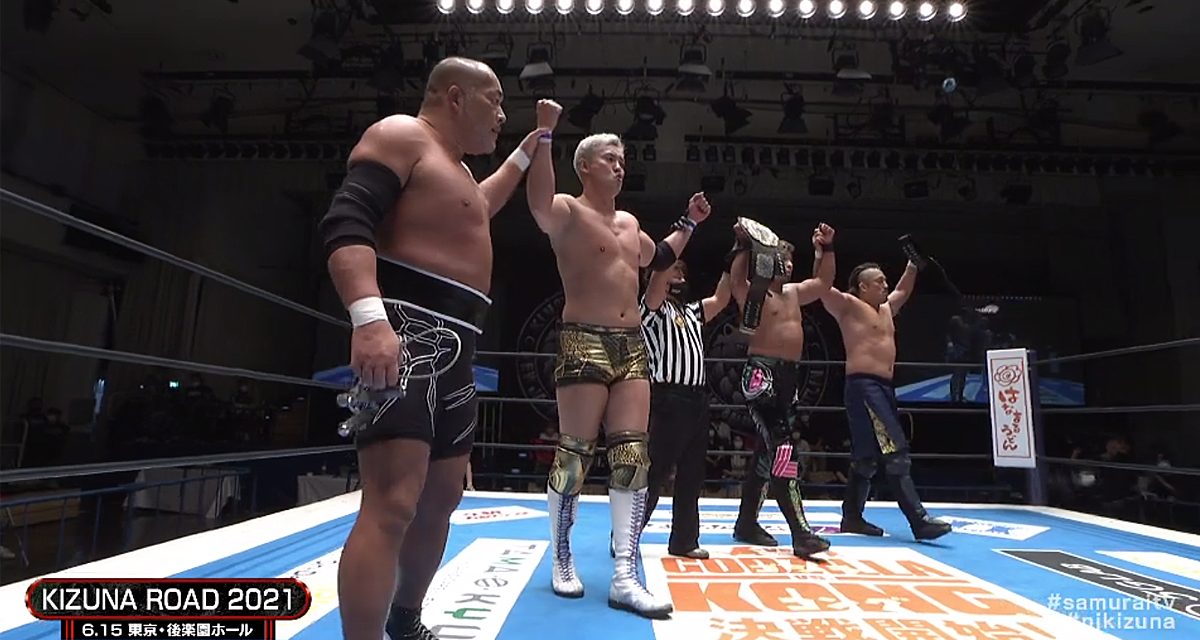 The latest chapter in the forever war between Bullet Club and Chaos was written at Kizuna Road with Chaos ready for Bullet Club’s shenanigans tonight.

In the actual match between the two factions, Gedo stunned Goto with a jaw breaker and a super kick to the head. While the official checked on Goto, Gedo scampered over to Bullet Club’s corner retrieving his brass knuckles.

The official spotted Gedo backing him up into a corner. Yujiro dove into the ring with his cane. Hashi cut him off at the pass with a super kick. Togo creeped up from behind garroting Hashi. Ishii puts a quick end to that chicanery. Okada restrained a charging Evil off with a Money Clip. Hashi and Goto team up to pin Gedo. 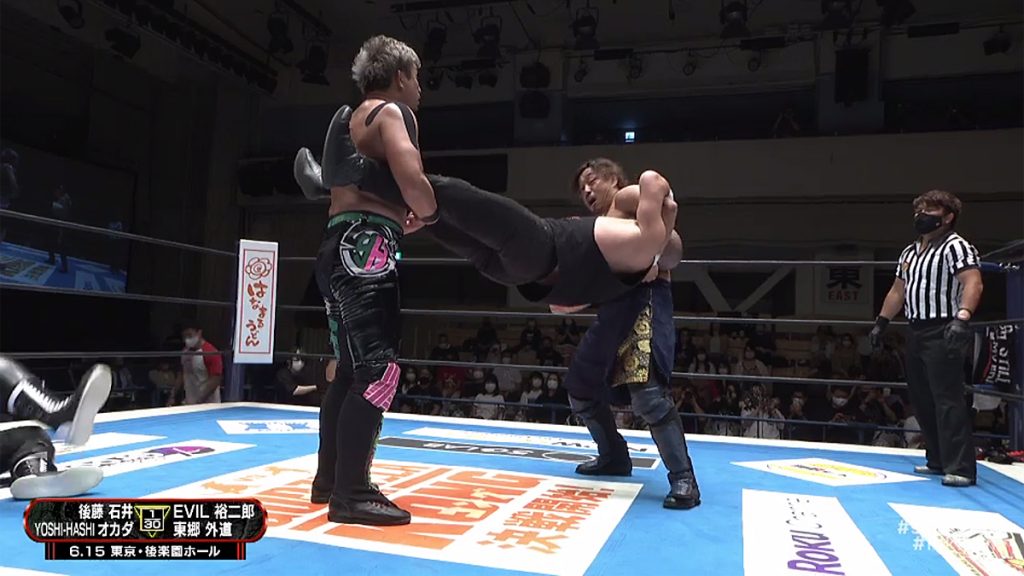 Ishii disregards the ring bell as it sounds again and again. He is too busy relentlessly pummeling Togo on the floor. A Young Lion jumps in only to be swatted away by Ishii. Ishii whips Togo over and over into the ringside barricade. Ishii has to be held back by Chaos leader Okada. Ishii yells at Togo shaking the garrote in his face. Evil picks Togo off the arena floor while Ishii walks away with Togo’s garrote.

Taichi smashes a chair over Tsuji’s back three times as the fight goes to the floor. Tsuji gets rammed into the steel barricade as well. Minutes later, Tsuji gets his revenge by hurling Taichi into the barricade. He picks up a steel chair, thinks about clobbering Taichi with it…then puts it down. Taichi pins Tsuji with a buzzsaw kick to the head.

Yano and Jado have a showdown. Yano is armed with a turnbuckle pad. Jado has his kendo stick. Respecting the official’s wishes, Yano tosses the buckle away which gives Jado an excuse to attack with the stick. Chaos throws all of Bullet Club members into each other. They collectively collide and fall to the mat. Yano rolls up Jado for the 1-2-3.

The match is what it was. It didn’t really advance much of anything. Sanada makes Master Wato submit to Skull End.