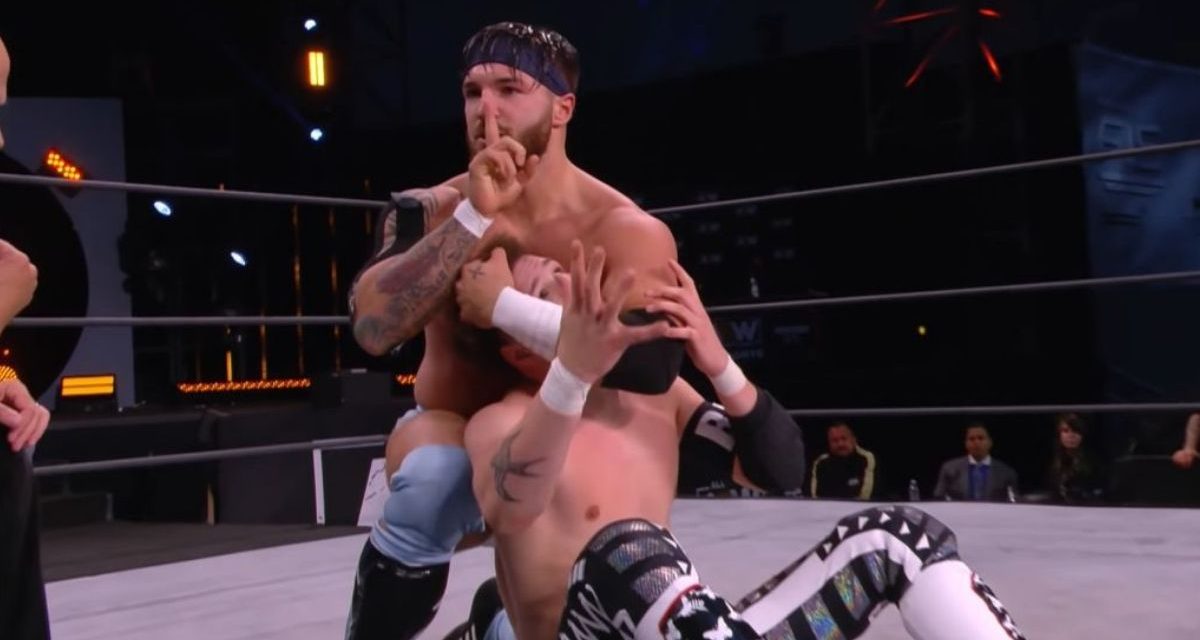 Welcome back to another review of AEW Dark Elevation and Dark. As a quick start, Elevation clocked in at just under 1 hour and 48 minutes while Dark was just over 90 minutes. Given the format of both shows, when they are under two hours, they have a much better flow and are easier to watch.

There was a lot of interesting stuff on Elevation but my two recommendations for that show are Lee Johnson versus Daniel Garcia match and Royce Isaacs versus Ren Narita. Each of those matches showcased some new talent and both matches were competitive with some good back and forth wrestling from each of the participants. If nothing else, check out Thunder Rosa’s match against Ashley D’Amboise. She had some really impressive offence with regards to getting in and out of holds.

On Dark, I found I was more interested in individual wrestler performances compared to matches. If I had to choose a match or two, I would recommend Dante Martin versus Jason Hotch (that’s them in the top photo, Jason Hotch telling everyone to be quiet) and Angelico versus Ryzin but, from a performance perspective, I was really impressed with Nick Comoroto who looks better every week, KiLynn King and Tesha Price who looked good in her match against Julia Hart even in a losing effort. As a final thought, Ricky Starks came out to join Tazz and Excalibur on commentary during the Leyla Hirsch/Vertvixen match. The three of them were very entertaining on the mic.