Dombrowski made the extra effort with Pillman Memorial Show DVDs 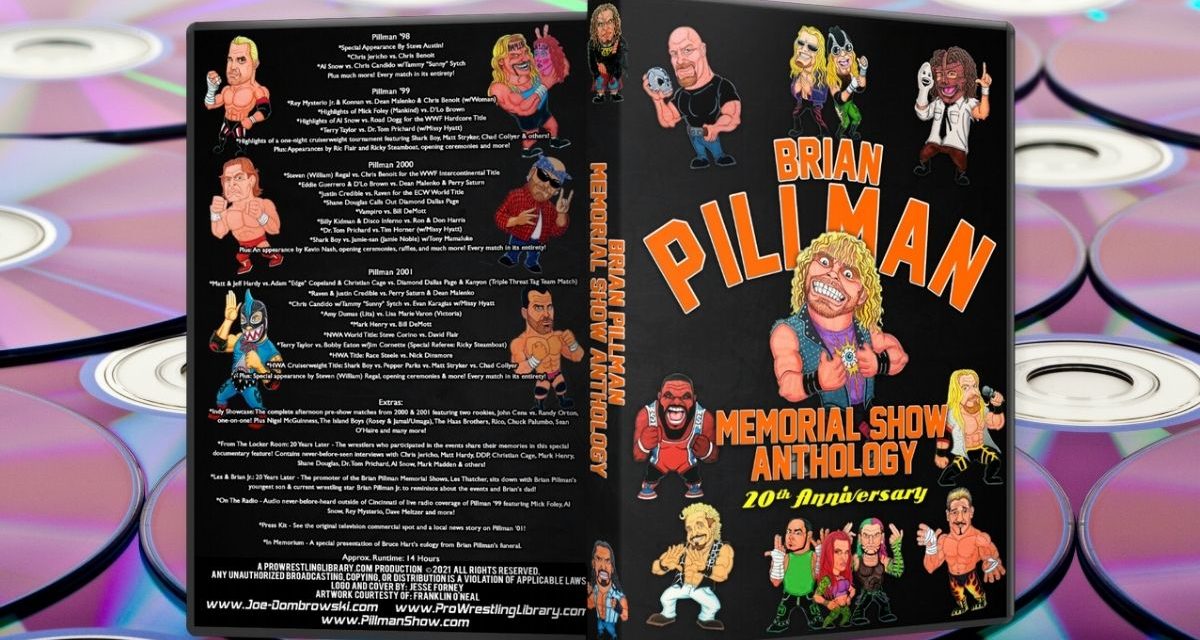 Joe Dombrowski is a play-by-play commentary, content producer, voiceover artist, ring announcer, merchandiser, and, as of this week, the man behind the just-released Brian Pillman Memorial Show Anthology. It’s a 15-hour collection of the four tribute shows from 1998 to 2001, available on DVD or via his www.ProWrestlingLibrary.com website.

The tribute shows, all held in Cincinnati, Ohio, were remarkable, as they brought together talent from different, competing promotions, at the height of some of the fiercest fighting of the Monday Night Wars.

SlamWrestling.net had a quick chat with Dombrowski about the Brian Pillman Memorial Show Anthology and the Dark Side of the Ring episode on Pillman debuting on VICE on May 6th.

SlamWrestling.net: I suspect you’re happy that it’s finally done. Looks like it was a lot of work doing this Pillman DVD.

Dombrowski: It was pretty involved. I’ve done more involved. I don’t know if that’s a good thing or a bad thing, sometimes. But the benefit of this at least is I wasn’t starting completely from scratch — I had four complete, pretty complete events to build around and enhance. But now now the hard part comes because I gotta fill orders, but I’m happy to have that problem.

SlamWrestling.net: How long do you think you worked on it?

Dombrowski: Good question. It’s been off and on since for the past couple of years. It all goes back to Les Thatcher, because I’ve been working with less in restoring and presenting some of his old Heartland footage from when he was running WWF developmental, and bringing all these old matches with John Cena and Jamie Noble and Umaga and Mark Henry, and all the stuff that nobody’s ever really seen outside of Cincinnati.

I knew he had in the stash a lot of the Pillman tapes, but they were more or less off limits as far as anything from a marketing and release standpoint, because the rights went back to the Pillman estate. And, of course, they’ve been pretty much persona non grata in the business for quite a while.

But a couple years later, Brian Jr. gets in the business. It’s an opportunity for he and I to work together with him living in Cincinnati at the time, and me running events in Cleveland. And once we built up a little bit of a relationship and a chemistry, I was able to pitch, “Hey, there’s a market out there for these, and there’s never been a mass release. What do you think?” And Brian was on board. 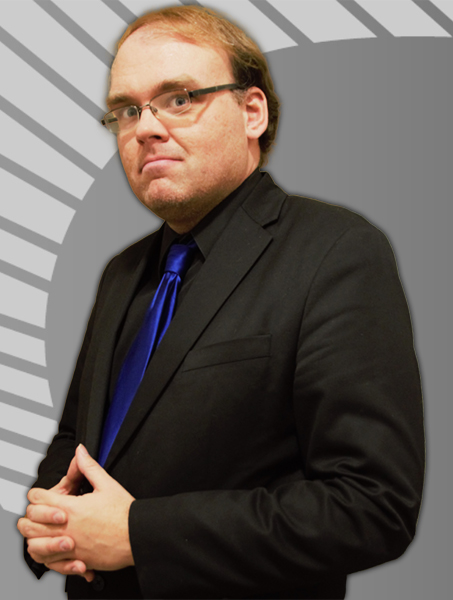 From there just came down to finding the absolute best quality of all the footage that I possibly could after 20 years. A lot of VHSes is pulled out of storage, and a lot of second and third generation copies and just getting whatever I could get, audio wise, video wise, complete wise, just to make sure we had every match — and every match is represented in some form, except for one, which I think is incredibly successful for, for something that was kind of laying there for 20 years.

Then when I got the idea to do the documentary, as an extra feature, our original plan was, “Alright, well, let’s go down to WrestleCon and grab everybody, gets some comments and edit this together.” COVID happens, we’ve got the pandemic and we’ve got to get a little more inventive. And we have Brian in Jacksonville, … and I’ve got boots on the ground all over the place. I was grabbing people on Skype, I was grabbing people at events and just get whatever we could.

So it’s been a labor of love for probably about two years, two to three years, semi-consistently now. And as much as you’d think there’s time to stop and breathe, with how my mind works, it’s only going to be a matter of time before it immediately goes to, all right, what’s next? That’s the that’s the ever-present curse of a creator, where the work is never done, you’re just you just looking for the next path on the journey.

SlamWrestling.net: You were obviously timing to tie it into the Dark Side episode coming out this week. That was the plan?

Dombrowski: That was that was really his plan. Brian is very excited about that, because it finally gets a chance to tell the story of his family, and the tumultuous side of Brian. And I think it’s a great complement to the Dark Side episode because I didn’t really have the resources or the want to open up some of those maybe sensitive issues from the personal life of the Pillman family. But we focus so much on the career and what he meant as far as revitalizing the Junior Heavyweight style in mainstream US wrestling, in being the first wrestler to really use the Internet and the “smart fans” to get himself over to a new degree. Just the genius things he did that were years and years ahead of their time and even, 25 years later, I really hesitate to name someone that’s done any of those things better than Brian has. He was the first and he was the master of it.

I think between the two you get a lot of you get a lot of similar accounts as far as the great things about Brian, but you get a really complete picture if you put them all together. I can’t say enough great things about what Dark Side of the Ring does as far as their storytelling, and how they present so many issues and so many stories from wrestling’s past and are able to make it informative and accurate and digestible in their timeframe. It’s really just a mesmerizing art to watch them do that each and every week. And I mean, they picked a great topic with Pillman for sure.

SlamWrestling.net: If you had a wish list? I mean, who do you wish you could have talked to? People that are still around that you didn’t get.

Dombrowski: I would have loved to get a number of the guys who weren’t really necessarily available to me because of their WWE commitments. The first one that comes to mind is William Regal. Because when anybody talks about the Pillman Memorial Shows, they talk about William Regal and Chris Benoit, and what an incredible match that was, and the fact that was a Match of the Year runner-up despite never even being televised — which is just such a huge accomplishment and speaks to the scope of that match. I watched that match, and a number of people commented on it in the documentary too — Dr. Tom [Prichard] and a few others about how you can literally feel that match and feel that build and that emotional energy in the room build.

Another one I would have loved to talk to, that I really didn’t have a direct path to, would be Ric Flair, because I think Ric and Brian have so many similarities as far as living their life on and off camera.

Steve Austin, of course, is a big one.

But really, I think the great thing too, is that a lot of those guys that I was not able to track down directly like Steve Austin, or Eric Bischoff or Jim Cornette, or Jim Ross, are on the Dark Side show. So again, you kind of get every perspective.

We were able to hear from Chris Jericho, and Matt Hardy and Christian and Diamond Dallas page and Mark Henry and Shark Boy. And, of course, a ton from Les about the trials and tribulations of putting the event on. I’m really happy with the assortment of talents that we were able to get a hold of for this.

But I mean, God, I’m such a completest. Every voice I want to throw in include somehow. And of course, if you go into the past, man, I would loved have to talk to Eddie Guerrero. I would love to talk to, somebody that mirrored Brian in so many ways, just stylistically like that. I could go on and on. But the crew we have is still an all-star crew.

SlamWrestling.net: Do people still buy DVDs. And I recognize this is available digitally. But are people still out there trying to get DVDs?

When I put out the Heartland releases, with the developmental territory footage, Wrestling from the Heartland, that was the first release I had done in years, where the DVD sales far outranked the digital sales. And I think that just speaks to the demographic and the market that we’re we’re tapping into.

I don’t know if the Pillman numbers are going to mirror that or not, because we just launched the digital content midnight last night/this morning [May 3], but the DVD response has been excellent. And already at this point, five days in taking orders, it’s going to be the largest opening week of DVD sales in anything I’ve ever put out. So they’re still out there, and if you find something that that kind of whets their appetite, they’ll come.

In Memorium – A special presentation of Bruce Hart’s eulogy from Brian Pillman’s funeral.