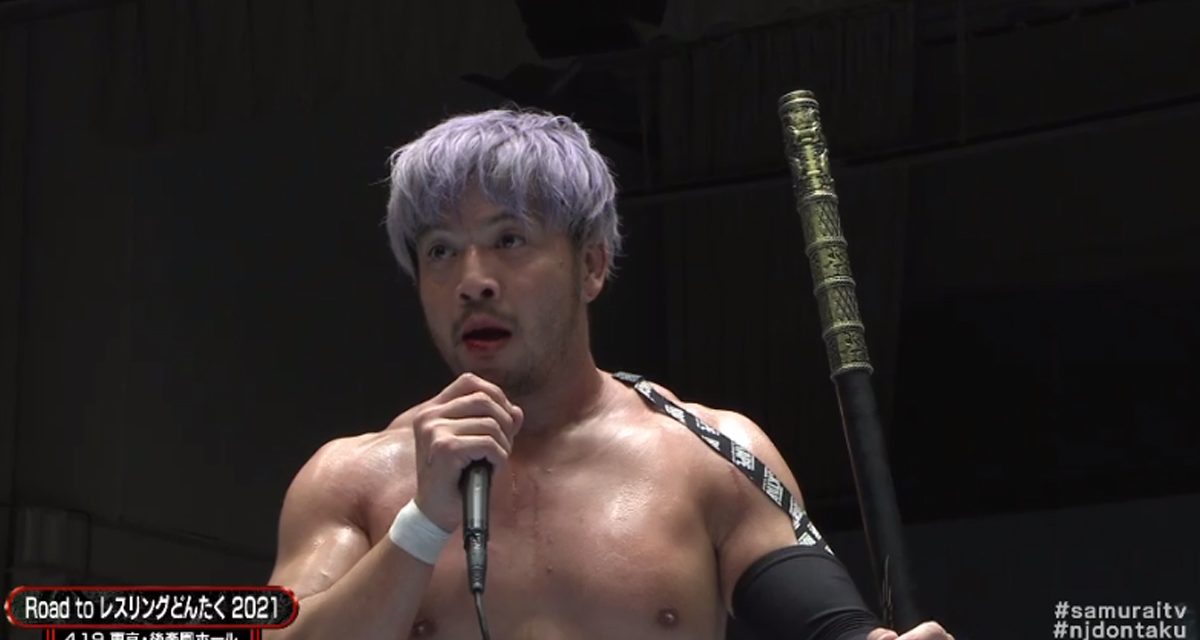 After a litany of tag team matches NJPW’s Road to Wrestling Dontaku tour got back to some solid one-on-one matches on night five. In the main event, it was Bullet Club’s Kenta against Chaos’ Yoshi-Hashi in what was for all intents and purposes a battle over Yoshi-Hashi’s bo stick.

Kenta came to the ring without Yoshi-Hashi’s bo stick. He opens and closes his hands obviously missing the weapon. Yoshi-Hashi arrives with Ishii in tow but no bo stick either. Weird that.

Kenta gives Ishii a dirty look just as the bell rings to start things off. Kenta ducks out of the ring refusing to lock-up with Yoshi again and again. Yoshi chases Kenta but cannot get his hands on him. When Yoshi does several elbows to the back of the head drop Kenta to one knee so he takes a powder again. Hashi follows him outside throwing him into a barricade. Kenta reverses a second whip so that Hashi eats the steel too.

Kenta DDTs Hashi on the exposed floor in Korakuen Hall. Kenta scrapes Hashi off the floor running his head into a steel post. Staring down Ishii all the while, Kenta rams Hashi into the ringside barrier.

Kenta removes a turnbuckle in the ring swinging Hashi into the exposed steel. Hashi kicks out of a pin sending Kenta on top of Red Shoes. Red Shoes rolls to the floor and Goto shows up at ringside to cheer Hashi on.

Kenta pulls the bo stick out from its hiding place under the ring. Hashi disarms Kenta easily taking it back. Kenta reaches for Red Shoes alerting him the fact that Hashi has the bo stick. As Hashi and Red Shoes argue Kenta strikes from behind causing them to collide. Kenta hits Hashi in the head with the bo stick. You would think Goto and Ishii would step in but they don’t. Bleeding from the mouth, Kenta smashes Hashi’s head into the exposed buckle, drills him with six palm strikes to the face, a running knee strike and a Go To Sleep to put him away. Yoshi-Hashi is led away, however, Kenta keeps the bo stick making one wonder if their feud over the bo stick is truly over. 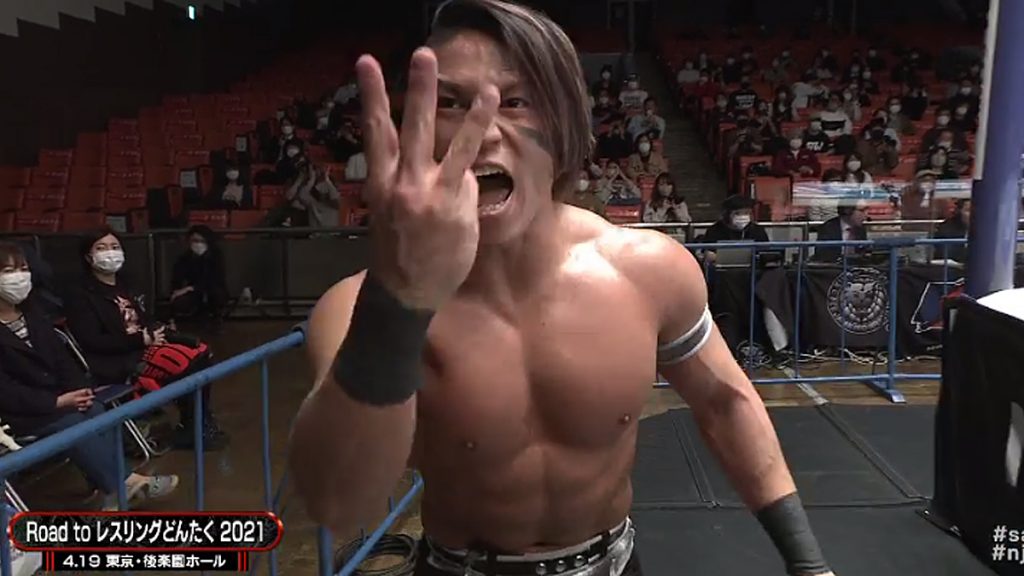 Ishimori is thrilled about his win over a heavyweight. Courtesy: NJPW.

Also in singles action, Yujiro put up a bigger fight than you think he might against Tomohiro Ishii. He took Ishii to the floor hurling him into a ringside barrier. Yujiro looked to brain Ishii with his cane. The official puts a stop to that though. The reprieve for Ishii is only momentary as Yujiro rips the cane out of the official’s hands hitting Ishii in the face with it. The official admonishes Yujiro but doesn’t disqualify him.

The crowd tries to rally a stunned Ishii. The Stone Pitbull makes a comeback laying in chop after chop to Yujiro in a corner. Yujiro siphons all of the gas out of Ishii by giving him a German Suplex in a corner on his neck. Ishii rolls around on the mat holding his spine. Yujiro gets a two-and-a-half on Ishii. Ishii battles back with a Superplex from the second rope. Yujiro returns fire by slamming him down on his neck once again. Yujiro seems to have the match won. Ishii won’t stay down though. Ishii steals victory from the jaws of defeat with a headbutt, a clothesline and his Brainbuster finisher.

Goto, a heavyweight, continued his downward spiral as a performer in NJPW by taking a loss to Ishimori who is ranked as junior heavyweight. What has Goto done to tick off the bookers? Ishimori uses his quickness to evade Goto’s power moves. He reverses Goto’s GTR into a cradle pinning him. The crowd is in utter shock and the Japanese announcers go ballistic.

Evil and Yano fight on the floor. Evil chucks Yano under the ring. Dick Togo takes the hood Yano has been bringing to the ring, places it over Yano’s head and almost pins him. With the official distracted, Togo strangles Yano with his garotte. Yano escapes by mule-kicking him in the “lower abdomen”. The Ace retrieves the hood putting it over Togo’s head. Yano hits both Evil and Togo with a double low-blow. He rolls up Togo.

Bushi is the fall guy again. Khan heaves him into the air. Cobb catches him for a Tour of the Islands. In a funny bit, Naito takes over a reporter’s lap top and begins typing frantically. Khan comes over to laugh at Naito signaling that he thinks he is crazy.