When the rain & smoke cleared, WrestleMania Night 2 was an incredible live experience 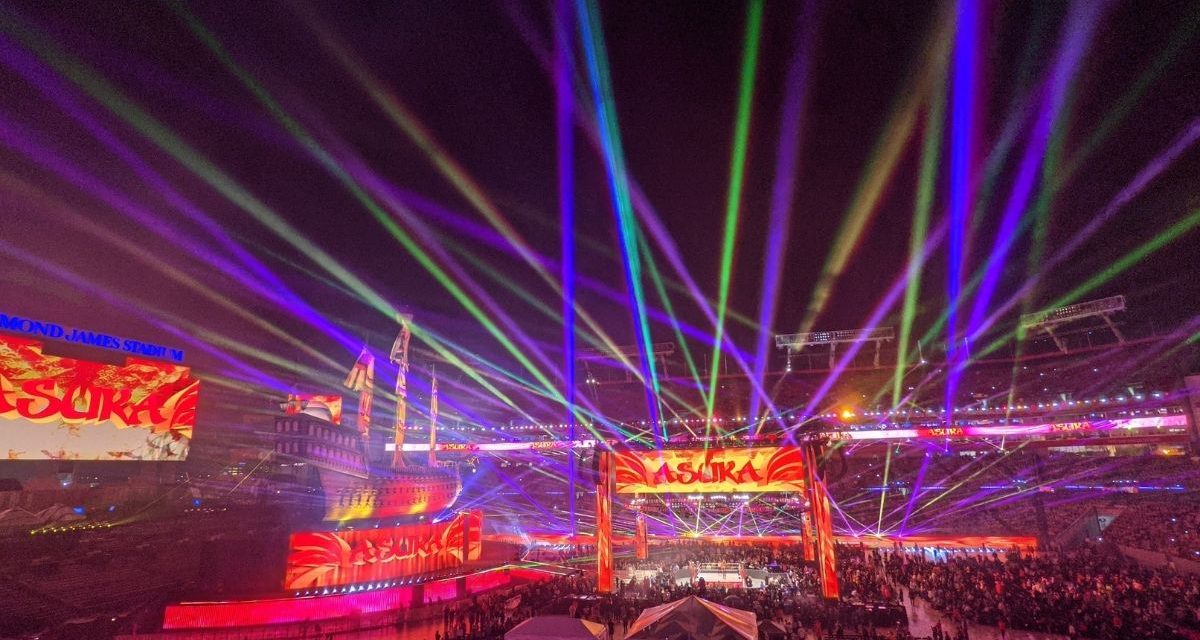 After 13 months without fans, all told, WrestleMania weekend at Tampa’s Raymond James Stadium was a massive success — with an even more massive stroke of fortunate luck.

All afternoon Saturday and all day Sunday, storms rained down around the Tampa area. Sunday was complete with tornado warnings, thunderstorm warnings and downpours all day long. As late as 6:45 p.m., rain was still pouring and lightning was in the area. Then, around 7:30 p.m., the sky to the west of the stadium revealed a startling sight — a setting sun. The rain stopped. The clouds parted and the sun set.

WrestleMania Sunday was on.

The crowd inside the stadium was definitely a little bit bigger (albeit the official totals announced the same amount each night as sellouts — albeit you can definitely say WWE’s attendance claims are dubious at best) and it was definitely louder and in spots you would not have expected.

The action inside the ring was not as strong Sunday as Saturday, but overall, the show, and weekend, delivered in spades.

Unfortunately, COVID protocols were even more of a joke than Saturday. In the club area of the stadium, multiple people were in defiance of the mask order, walking around with not so much as a mask in their hand, and in the stands, it was a party like it was 2019.

Not helping matters is that it seemed as if WWE had no problem putting the camera on people without masks throughout the weekend. Obviously, there’s more emotion on faces without masks, but at the same time, it’s talking out of both sides of your mouth.

As the show started and hosts Titus O’Neil and Hulk Hogan emerged on stage, Hogan was booed much more heavily than the night prior. Each time he spoke, the boos almost drowned out his talking. It continued like this the entire night.

The crowd was angered by not only the red lightning during the Randy Orton-Fiend match, but by the head-scratching ending with Alexa Bliss, which got everyone involved booed.

The first sign this crowd was a little bit different came during the WWE Women’s Tag Team Title match as Nia Jax and Shayna Baszler defended against Natalya and Tamina. It’s safe to say the women’s tag team match Saturday was pretty much a disaster. However, in this match, there were actually Tamina chants. That might be a first. This had more heat than it had any right to.

The match between the massively popular Kevin Owens and Sami Zayn was a fun, albeit too short, affair. Owens was clearly amped up and the crowd responded in kind with one of the biggest reactions of the weekend. However, one of the biggest pops of the night was when Owens delivered a Stunner to social media star and special guest Logan Paul after the match. The crowd wanted it badly and the moment delivered.

Bayley made her presence felt — however, the culmination of her being annoying all weekend was simply being booted down the ramp by the Bella Twins. That left a lot of folks scratching their heads.

Nothing, though, topped the main event — the triple threat match for the Universal Championship between Roman Reigns, Edge and Daniel Bryan. The crowd cheered and came to its feet as the video package ended.

There was a lot of conjecture about, after 13 months away, who people would cheer. Daniel Bryan entered first to a surprisingly tepid reaction. Edge came out next. If there were worries about Edge not getting a babyface reaction, well, they were unfounded on this night. Edge received a massive reaction coming out and the fans were behind him all night long. 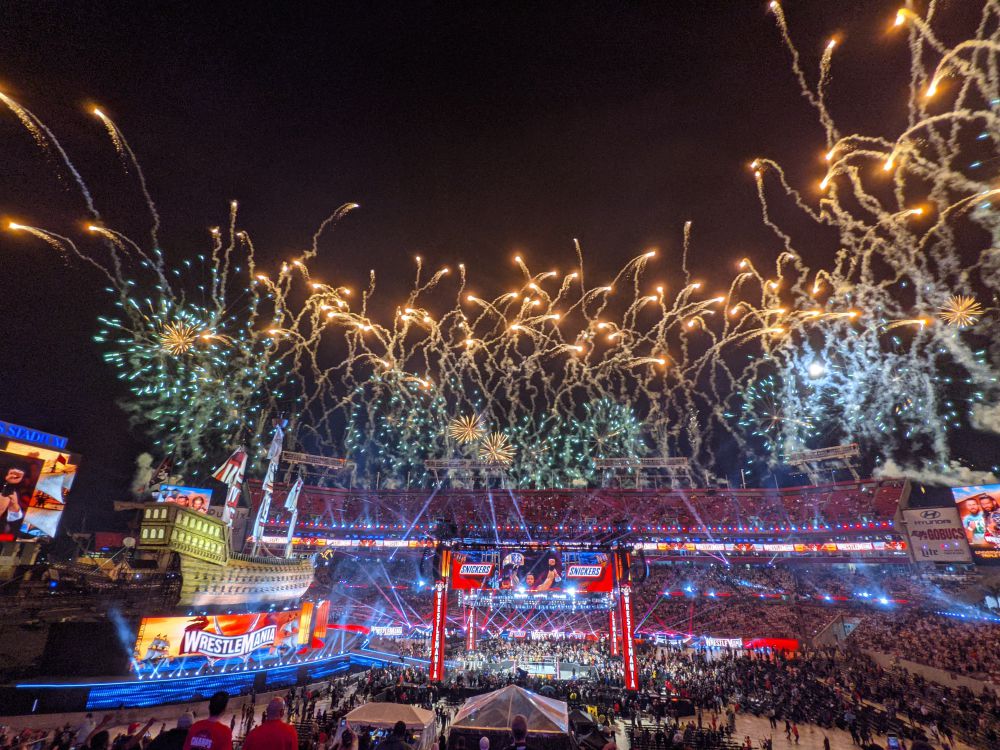 Having been to the last four WrestleManias, I can safely say I’ve never seen so much smoke from the pyro as I did during Edge’s entrance. It actually obscured the large scoreboard. Then out came Reigns. My working theory on why he didn’t come out right away when his music hit was actually because they needed time for the smoke to clear.

Reigns, as hot as his character has been since his return in August, was still booed just as heartily as he has been in the past and it made the match work.

The three had, no doubt, the best match of the night and the second best of the weekend. After the show went off the air following Reigns retaining the title, Reigns lingered around ringside before making his way up the ramp.

All told, this weekend was a huge success. Nobody in wrestling puts on a big show like WWE. The production, the pyrotechnics, the pageantry. When the lights came up, one question lingered: How is WWE going to head back to the Thunderdome for Monday Night Raw?

With help from his right-hand man, Reigns reigns over WrestleMania 2021 Night 2