In the stadium, WrestleMania Saturday delivered on every level 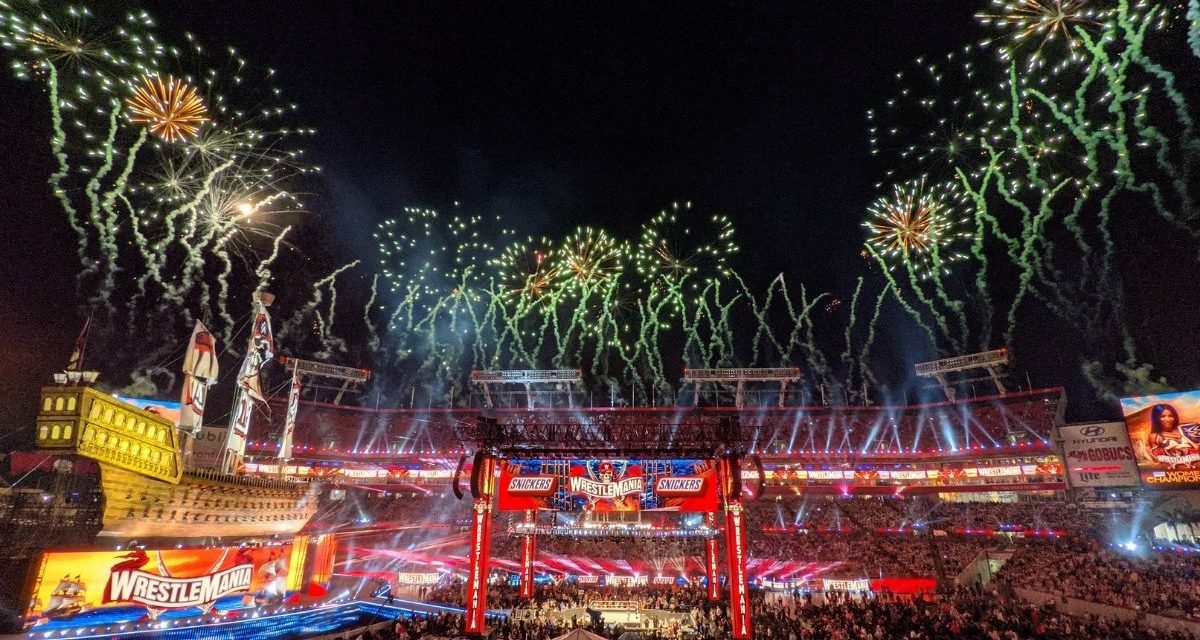 TAMPA —In this day and age, there aren’t too many moments in professional wrestling you could describe as pure.

Despite God trying his hardest to get his win back on Vince McMahon, WrestleMania 37 was filled with some of the most authentic moments you’ll ever see.

As fans “packed” Raymond James Stadium in Tampa. Florida, the energy, despite torrential downpours and heavy winds, was palpable. But it was moments before the show went on the air that you got the sense this was going to be something to remember.

With about five minutes to go before show time, the entire WWE roster made their way to the stage — many jumping up-and-down, smiles on faces, so genuinely excited to be in front of the masses again. They hyped up the crowd before the show went on the air with McMahon welcoming everyone back for the first time in 13 months.

Fans attending the show were required to fill out a health questionnaire (albeit under Scout’s Honor rules) that was to be shown entering the stadium. However, at the gate, in the rain, at least for this reporter, only my temperature was checked and the screening was not checked. Once inside the stadium, the packing of fans in the concourse, due to nobody being in the seating bowl, was much like olden times. Not a lot of social distancing, especially in the long lines for the merch stands, although mask usage when not eating and drinking was better than expected. Outdoors in the seating bowl, mask usage was not enforced one bit and many fans were screaming without their mask on, with little regard for those around them. This was disappointing, but not surprising for Florida, as mask usage seems to be more of the laissez-faire variety here. However, the seats were structured so there were three-to-four seats before the next person beside you and behind you, with nobody directly in the row behind you. In terms of COVID protocol — enforcing what was written — the mask mandate was clearly no more than lip service.

It appeared all was well — until it wasn’t. After the show opening video package played, it was announced we needed to evacuate the stands as severe weather was in the area. Although the groans were loud, the near 30-minute delay was worth the wait.

As Titus O’Neil and a booed Hulk Hogan came on stage to open the show, the rain was coming from the skies. It lasted about 10 more minutes into the start of the WWE Championship match between Bobby Lashley and Drew McIntyre, a fun match in which both men beat the tar out of each other. That’s certainly one way of letting emotion out. 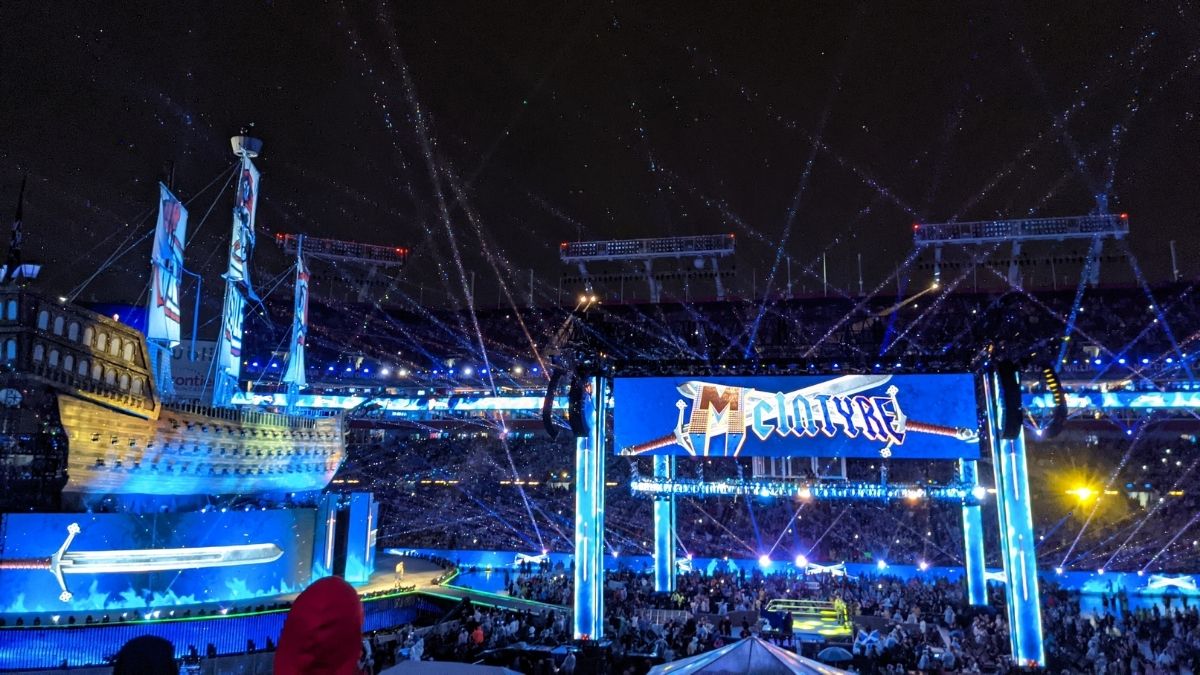 The rain can be seen as WrestleMania 37 kicked off with Drew McIntyre. Photos by Matt Bishop

Throughout the show, the crowd was up-and-down. There were a few matches that you could hear a pin drop during. However, when the crowd was alive, it was electric. So really, it was no different than most WrestleManias.

The Seth Rollins-Cesaro match. This was one of the biggest pro-Cesaro crowds in years and the two paid it off with arguably Cesaro’s biggest win, in his first WrestleMania singles match. After the match, you could see the emotion on Cesaro’s face as the crowd gave him a standing ovation.

Of all the stars on the show, none shined brighter than renowned rapper Bad Bunny, as he teamed with Damien Priest to square off with The Miz and John Morrison. It’s not easy to describe how popular Bad Bunny was. Women screaming, men on their feet cheering, the crowd hanging on every move. Bunny shined in a huge, huge way and played babyface-in-peril like he was Ricky Morton in the mid-’80s. The stadium came unglued when he drilled Morrison with a Canadian Destroyer and cheered along as he pinned Miz.

This match overachieved on every level and was almost a perfect match.

However, none of the prior emotion came close to matching that of the main event — the battle for the Smackdown Women’s Championship between Sasha Banks and Bianca Belair. All told, these two delivered one of the great main events in WrestleMania history. The crowd was solidly behind Belair, although Banks is always a favorite. Belair, much like Edge at the 2020 Royal Rumble, was overwhelmed by the moment as the bell rang for the match. The crowd responded to the clearly very emotional Belair by cheering, clapping and getting behind her as the match started.

Disappointingly, this match didn’t have the same crowd reactions as the prior match, thought it delivered on every imaginable level. While it may have sounded loud on TV, Belair’s hair whip on Banks echoed throughout the stadium. When Belair picked up the win with the KOD, her family went absolutely crazy in the corner near the ring. They were rolling deep and jumping up and down, echoing Belair’s reaction inside the ring, as everything finally flowed out of the new champion.

After the pay-per-view went off the air, Belair’s husband Montez Ford sprinted down the ramp to the ring and the two embraced with tears flowing. Ford lifted Belair onto his shoulders and marched her around the ring. After one more embrace, he ceded the ring to his wife and headed backstage, allowing Belair to jump into the crowd and celebrate with her family. It was a truly touching moment.

As the lights turned on and the stadium started to empty, there was a period of reflection. How can WrestleMania Sunday top this? From a production standpoint, an excitement standpoint and most importantly, an emotional standpoint, WrestleMania Saturday delivered on every level. It was a good one.

EDITOR’S NOTE: An edit was made at 12:10 pm EST to add Matt Bishop’s details on COVID-19 protocols.