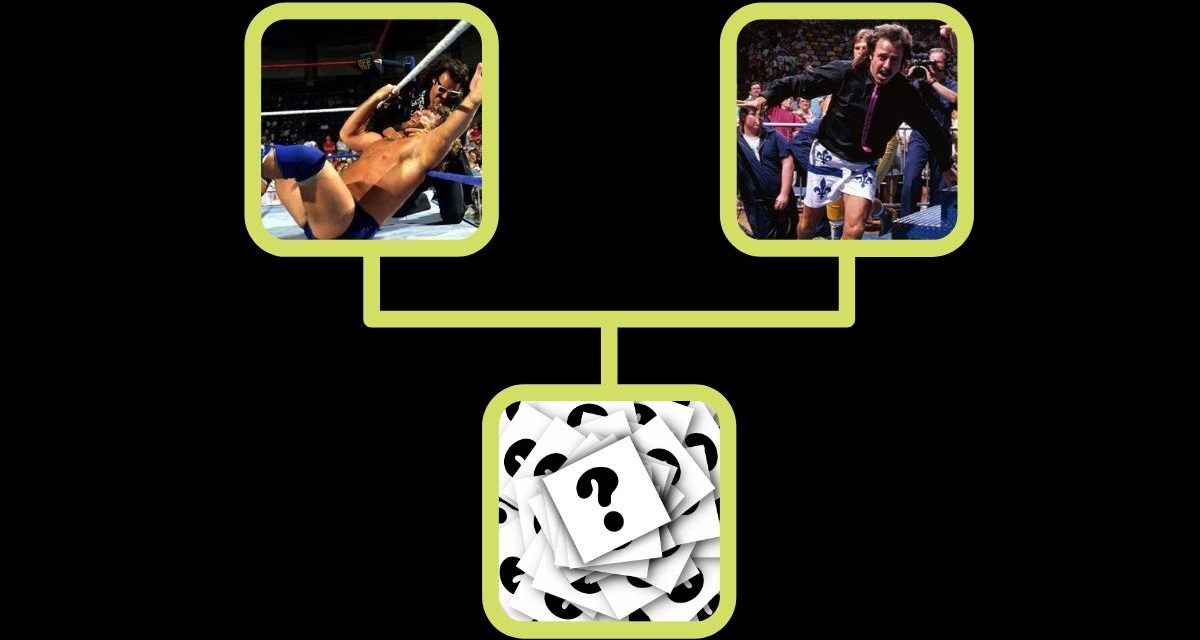 He is one of the greatest managers in the history of the business. That is a given. During his career he managed a who’s who of the industry including Hulk Hogan, King Kong Bundy, Rick Rude, Randy Savage, Greg Valentine, Brutus Beefcake…and the list goes on and on. What isn’t talked a lot about is Jimmy Hart’s in-ring career…and for good reason. As the late, great Gorilla Monsoon used to say Hart was about 90 pounds soaking wet. His main weapon was his smarts and his gift of gab not his brawn. Yet, Hart has surprisingly chalked up wins against The Junkyard Dog and Ricky Steamboat. Sure, those were tag teams matches but a win’s a win, right? 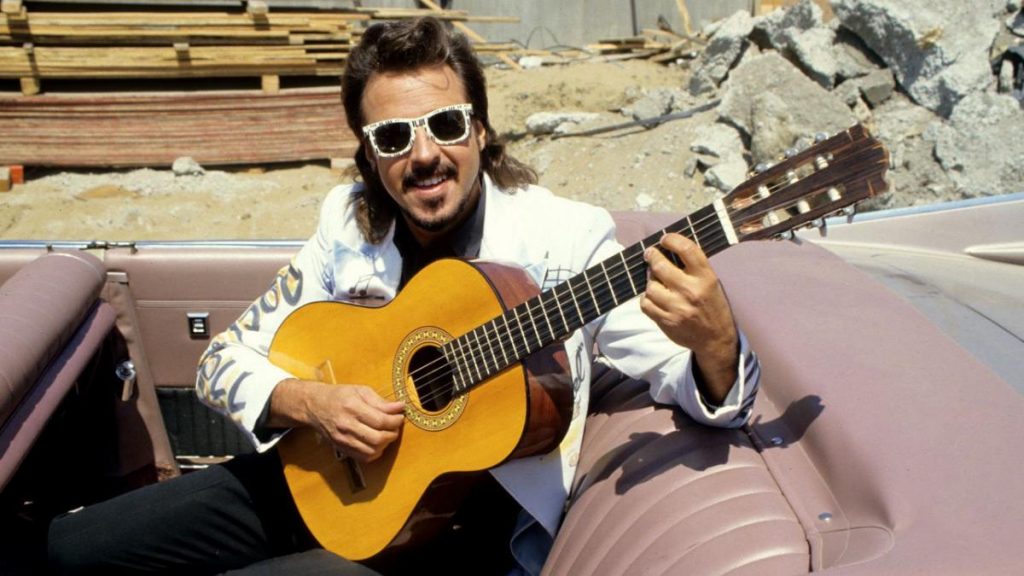 Hart was the brains behind some of wrestling’s biggest muscle so he didn’t have to flex what little muscles he had but on occasion he would sneak in a cheap shot here and there especially with his trademark megaphone. More often than not Hart would choose to flee rather than fight, living to fight or match wits another day.

Hart desperately needed back-up so it is not a surprise that most of his wins are in tag team matches involving his own stable of baddies. He has tagged with The Funk Brothers, The Nasty Boys, Jerry Lawler, Angelo Poffo and Randy Savage. Hart, however, did win a few solo matches if you can believe it. He holds victories over Mancow, Bubba The Love Sponge, Tommy Marlin and Jerry Lawler. In a feat of brilliance, Hart also won a 50.000 Dollar Battle Royal in the WWE that featured such stars as Big John Studd, Harley Race and The Dynamite Kid. In a genius move, Hart hid under the ring when when Greg Valentine and The Junkyard Dog eliminated themselves he snuck back into the ring and was declared the winner. A win’s a win, right?

Who would have guessed that Jimmy Hart of all people would have 41 wins? Sure, that’s nothing compared to the 123 matches he lost but 41 wins in total? Good on you, Mouth of the South. 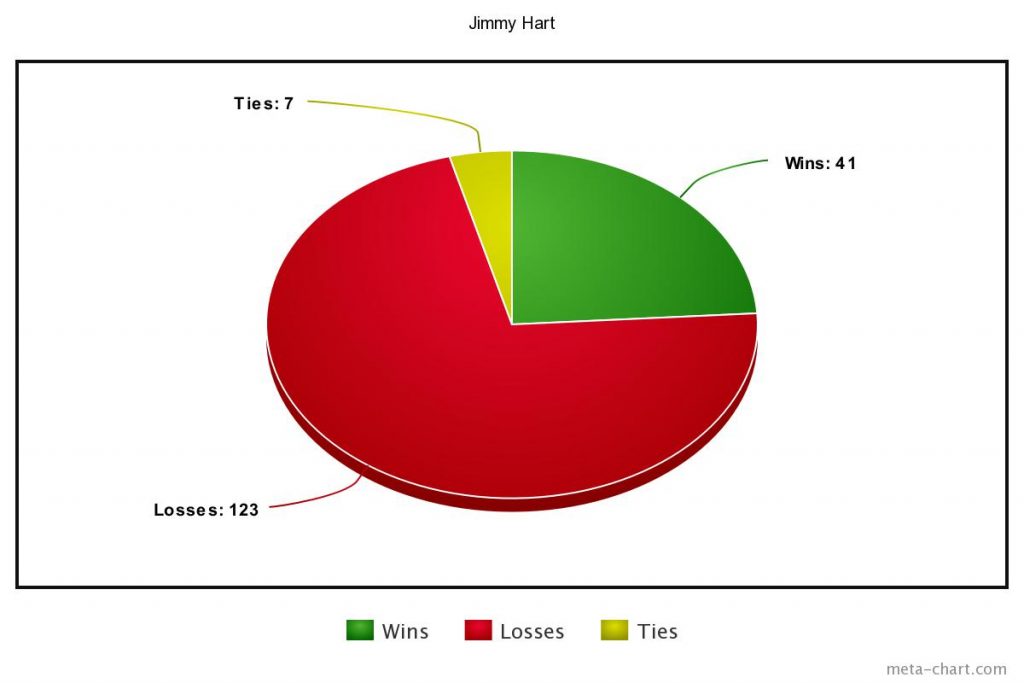