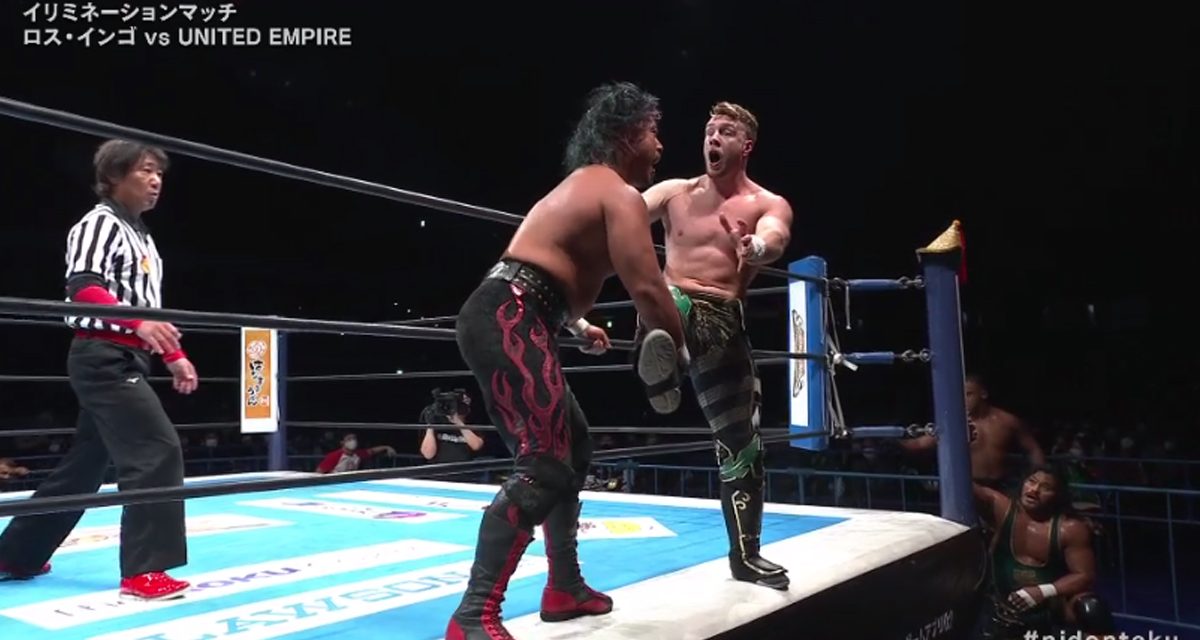 Elimination was the name of the game at the first night of NJPW’s Road to Wrestling Dontaku. The show was highlighted by two Survivor Series, battle royal mash-up style tag team matches at the top of the card.

It was YOSHI-HASHI, Tomohiro Ishii, Hirooki Goto, Toru Yano and Hiroshi Tanahashi vs Bullet Club (Gedo, KENTA, EVIL, Yujiro Takahashi & Taiji Ishimori) in the first match. It played out like this: 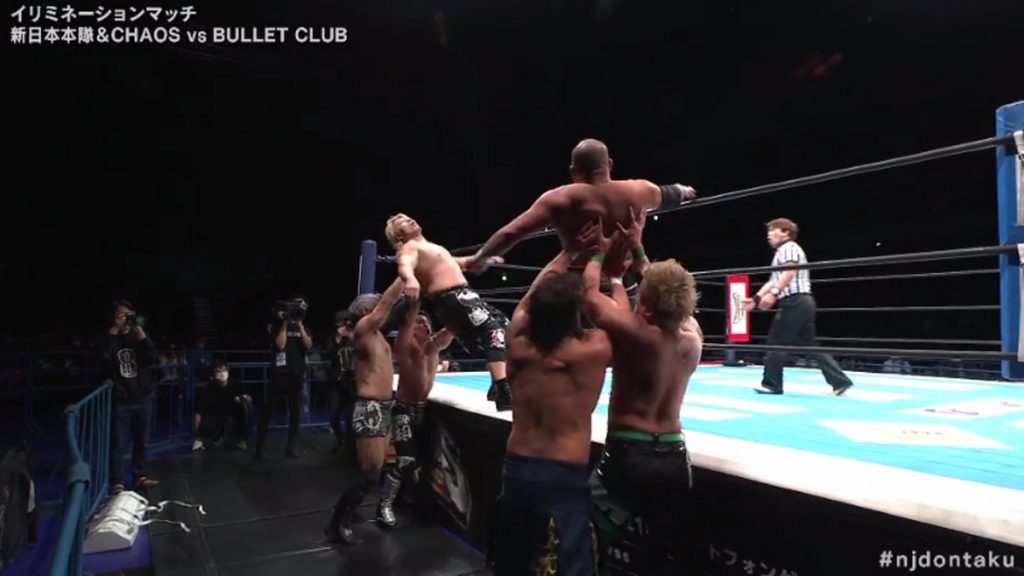 Both teams keep their allies in the match. Courtesy: NJPW.

It is down to Kenta and Yoshi-Hashi. Hashi drop kicks Kenta out of the ring. Kenta lands right on Yoshi-Hashi’s bo stick. Since his feet technically didn’t touch the floor he is still in the match. Kenta throws out Yoshi-Hashi to be the sole survivor and win the match for Bullet Club.

Los Ingobernables De Japon versus The United Empire was the main event of the evening. Here are the results:

Shingo and Ospreay are left to battle it out. Shingo gives Ospreay Made In Japan off the apron and to the floor.

Shingo wins the match for Los Ingobernables De Japon and is the sole survivor.

Road to Wrestling Dontaku 2021 Night One

As Sho and Yoh are busy with Kanemaru and Desperado, Suzuki makes Uemura submit to a half-crab. Kanemaru and Desperado put Yoh in a double submission. Sho tries to save him but Suzuki cuts him off and forces him to watch Yoh writhes in agony. Sho finally breaks free rescuing Yoh from further damage.