Greatest Mania matches that never were 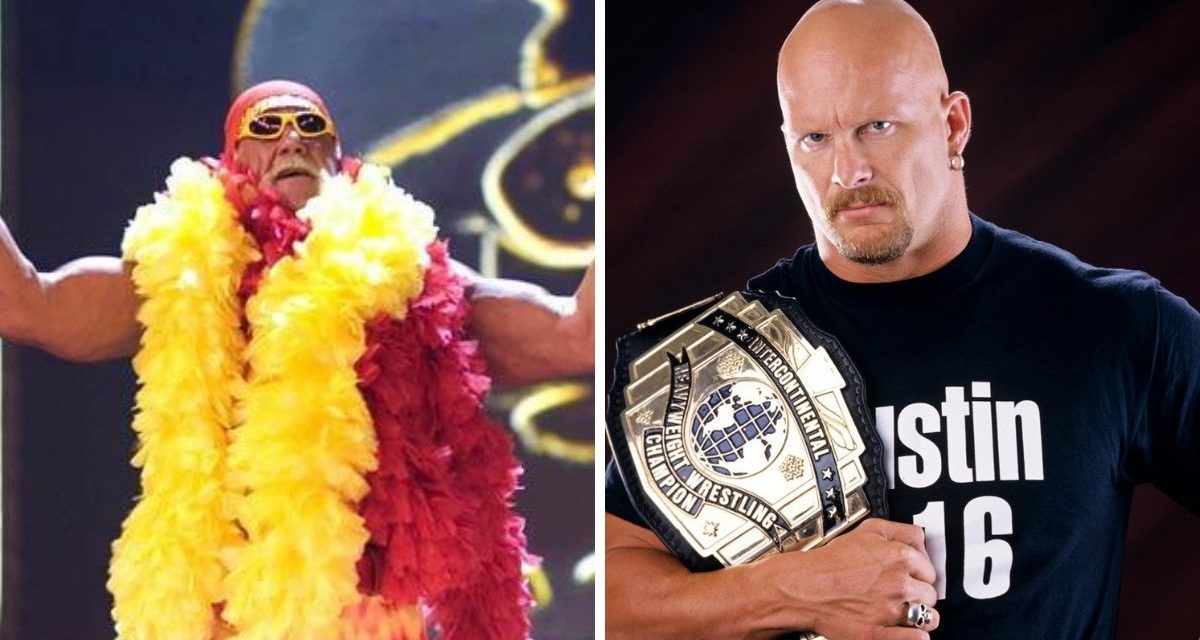 You’ve heard it all before. WrestleMania, it is the granddaddy of them all. It is what the world is watching. It is the showcase of the immortals.

Over its 37-year history, WrestleMania has been all of those and then some. Yet, looking back at the past, there are gaps: the matches that could have been but never were. Matches that because of politics, egos or bad timing, never happened but were unquestionably worthy of WrestleMania billing.

Below are the 10 greatest WWE matches NEVER to be held under a WrestleMania spotlight. 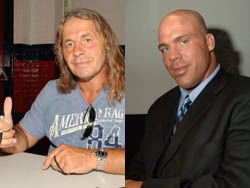 What if … Hart vs Angle?

Summary: Two of the greatest technicians the wrestling world has ever seen would have put on perhaps one of the best Mania matches of all time next to Macho versus Steamboat, Chris Benoit versus Kurt Angle or Shawn Michaels versus Bret Hart.

Predicted Winner: If both were in their prime, the match could go either way but we would give Bret the edge based on his experience.

9. The Road Warriors Vs Demolition

Summary: When it comes to tag team wrestling, you just cannot compare. Both teams laid waste to the competition and were rarely bested when it came to endurance, brute force and utter dominance. In short, The Road Warriors and Demolition were awesome. Even though they were in the WWE at the same time and participated in a short feud (mostly in six-man tags with The Ultimate Warrior and Crush), they never, ever faced off in the squared circle at WrestleMania.

Predicted Winners: It would have been a punishing bout to be sure with teeth, blood flying and perhaps even some bones breaking. In tag team and singles action, The Road Warriors have fought everyone from Dusty Rhodes to Ric Flair. Oh, what a rush. The Warriors win.

8. The Undertaker Vs Andre The Giant

Summary: As Gorilla Monsoon used to say, they broke the mould when they made André René Roussimoff and Mark William Calaway. If there are two better big men in all of professional wrestling, I have never seen them. It would have been a clash of the titans but by the time Calaway joined the WWE in 1990, Andre was in the twilight of his career and at the end of his truly remarkable life.

Predicted Winner: Neither has ever backed away from a fight (if we were all to collectively forget the image of Andre running away from Jake’s snake Damien) so you could have expected this to have been a head-on collision. Fast, furious and fun. Sorry, Taker, you are one of our all-time favourites but Andre has beaten everyone and anyone. Andre is victorious.

Summary: Their matches in Japan are the stuff of legend and deservedly so. They are some of the most violent, blood-soaked, unconditionally insane matches you will ever bare witness to with them pulling thumbtacks out of their heads and bandaging their burned flesh. Nobody can ever question Foley or Funk’s dedication to the fans or pro-wrestling.

Predicted Winner: How do you harness unbridled lunacy? How do you make sense of chaos? Over years, these two have went back and forth, beating each other to smoking, bleeding pulps. Foley, because he is just THAT much more messed in the head. 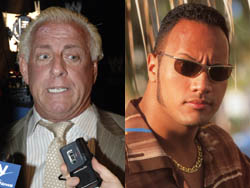 What if … Flair vs The Rock?

6. The Rock Vs Ric Flair

Summary: Narcissistic showboats? Of course they are and we wouldn’t want them any other way. Can they back up all of their trash talk? Yes, they can, which is why Flair and The Rock were born to be sports entertainers.

Predicted Winner: If you cut the grandiose posturing, you have the potential for a very, very nasty fight. Even at the top of his game, The Rock could never overcome Flair’s skill and scheming. Woooo!

5. Shawn Michaels Vs The Rock

Summary: Pretty much a replay of the above. These two colossal egos colliding would be one for the ages. Just imagine the lead-up. It would be nothing short of hilarious.

Summary: The culmination of the Monday Night Wars. Bitter business rivals slugging it out in a no-holds-barred match is the only way these two could finally settle the score.

Predicted Winner: I would be happy just to sit back and watch them both beat themselves silly — preferably about the head. 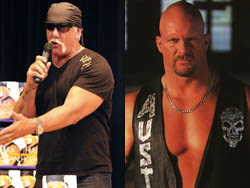 What if … Hogan vs Austin?

Summary: Old school versus new school. Each was the face of their generation and the force behind golden eras in the WWE. They don’t get any bigger or better than this. Well, almost.

Predicted Winner: Neither has much to gain these days from a win or a loss but I would suspect that the match would play better if Austin won but maybe not by traditional pinfall or submission.

Summary: When you think of the greatest matches of all time, the Steamboat and Flair bouts in the NWA were perhaps the best there ever was when one looks back at the cumulative history of pro wrestling. It is a crying shame that they never did replicate the magic they had then at the biggest show of them all.

Predicted Winner: It wouldn’t have mattered but considering all of the accolades each has garnered over the years, it would have been nice to see Steamboat take this one.

Summary: Unbelievable but true. WCW capitalized on the possibly the two biggest stars the wrestling industry has ever seen but alas, the WWE did not and therefore, Hogan never fought Flair at a WrestleMania event.

Predicted Winner: Flair, but by living up to his reputation as the dirtiest player in the game.

WHAT YOU THINK
Following up on John Powell’s “Greatest Mania matches that never were,” which match do you wish the most had actually happened?
Bret Hart Vs Kurt Angle – 43%
Shawn Michaels Vs The Rock – 12%
Steve Austin Vs Hulk Hogan – 11%
Undertaker Vs Andre The Giant – 8%
Hulk Hogan Vs Ric Flair – 8%
The Road Warriors Vs Demolition – 7%
Ricky Steamboat Vs Ric Flair – 5%
Terry Funk Vs Mick Foley – 3%
Vince McMahon Vs Eric Bischoff – 2%
The Rock Vs Ric Flair – 2%