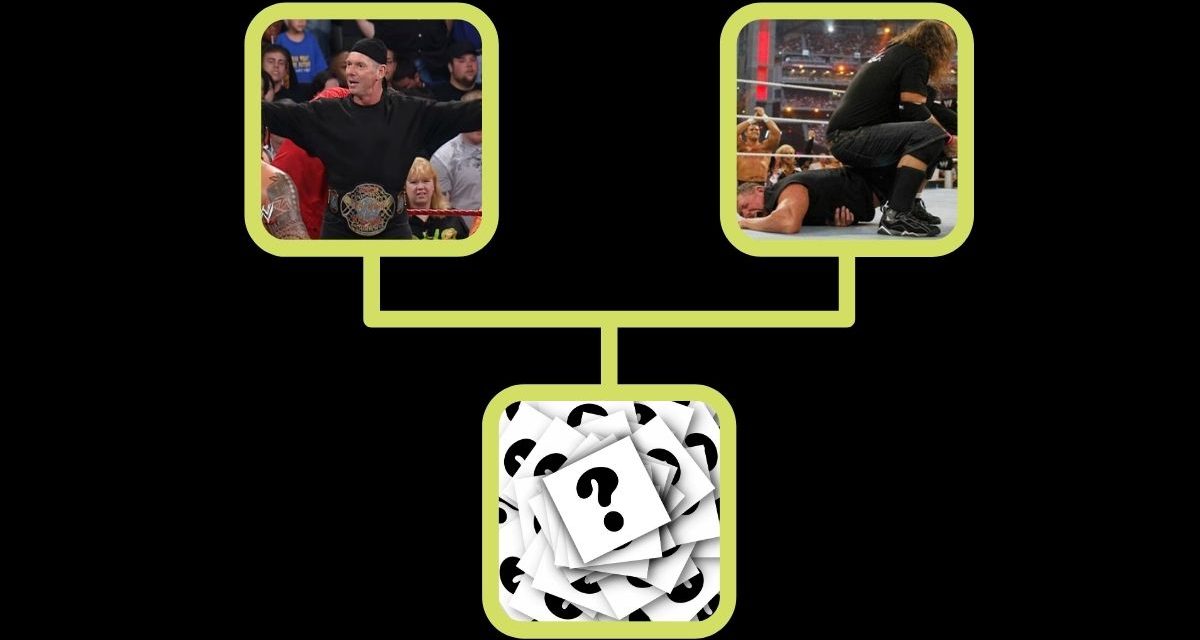 There isn’t a job in the wrestling business that Vince Kennedy McMahon hasn’t done. He has been a booker, a commentator, an announcer and even, yes, a wrestler. Like it or not, he is a legend in the industry and as such has beaten some of the biggest names although usually through underhanded shenanigans. We all remember his WrestleMania matches but we often forget all of the other bouts Mr. McMahon has had over the years. His record is actually better than you might think.

McMahon was a late bloomer. Up until the nineties, he was just a goofy commentator who often yelled himself hoarse although the smart marks all knew what his real position in WWE was. Once the Austin and McMahon storyline exploded in popularity it was just a matter of time before McMahon’s ego would push him to lace up those boots and back up the checks his mouth was cashing. His very first match was in 1998 on an episode of Monday Night Raw. McMahon challenged Steve Austin for the WWE World Heavyweight Championship. The match ended in a no contest.

His wrestling career hasn’t been half bad. He has done things other wrestlers can only dream of. McMahon also held the WWE Championship winning it on an episode of Smackdown in 1999. He beat Triple H and his son was the special guest referee. McMahon was actually never defeated for the title. He vacated it six days later on Raw as Steve Austin beat The Undertaker at Fully Loaded meaning McMahon could not appear on WWE television any longer. McMahon went on to defeat ECW World Heavyweight champion Bobby Lashley at Backlash in 2007 but it was handicap match so McMahon had Shane McMahon and Umaga doing most of the heavy lifting. McMahon would hold the title for two months before losing it back to Lashley at One Night Stand in a Street Fight. McMahon won the Royal Rumble in 1999 as well.

Ties or draws at 14%, losses at 37.5% and wins standing at 48.2%, McMahon’s record is better than I would have thought delving into his in-ring career. He had 13 wins in 1999 alone which was his most productive and successful year as a wrestler. His last match was in 2010. He was defeated by Bret Hart at WrestleMania XXVI. 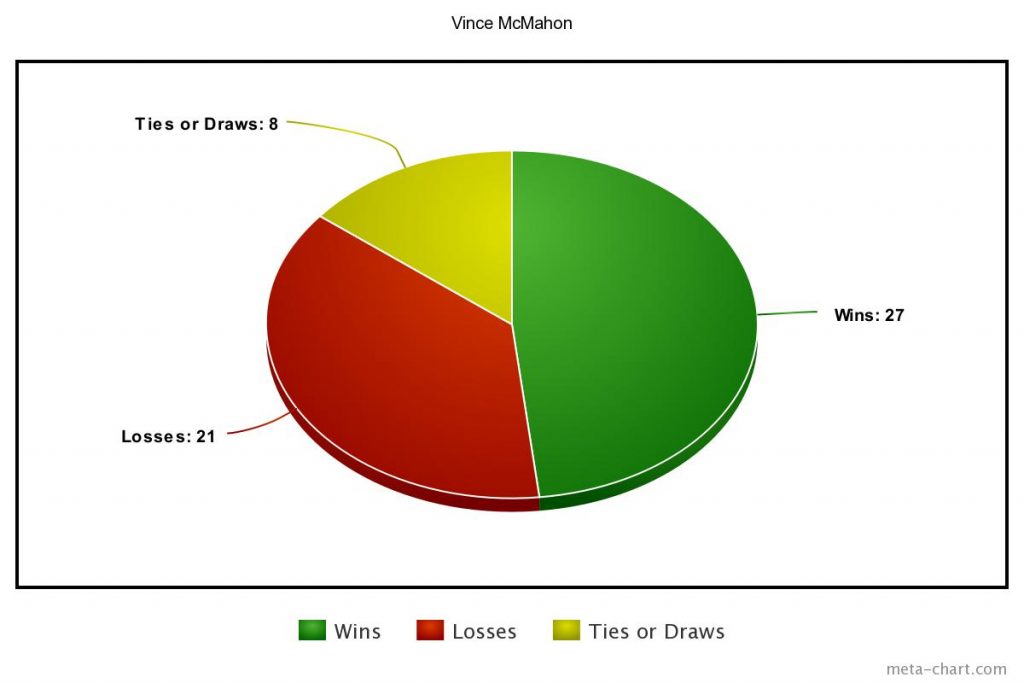