Behind the Gimmick Table: Ruddick finds a healthier addiction in collecting 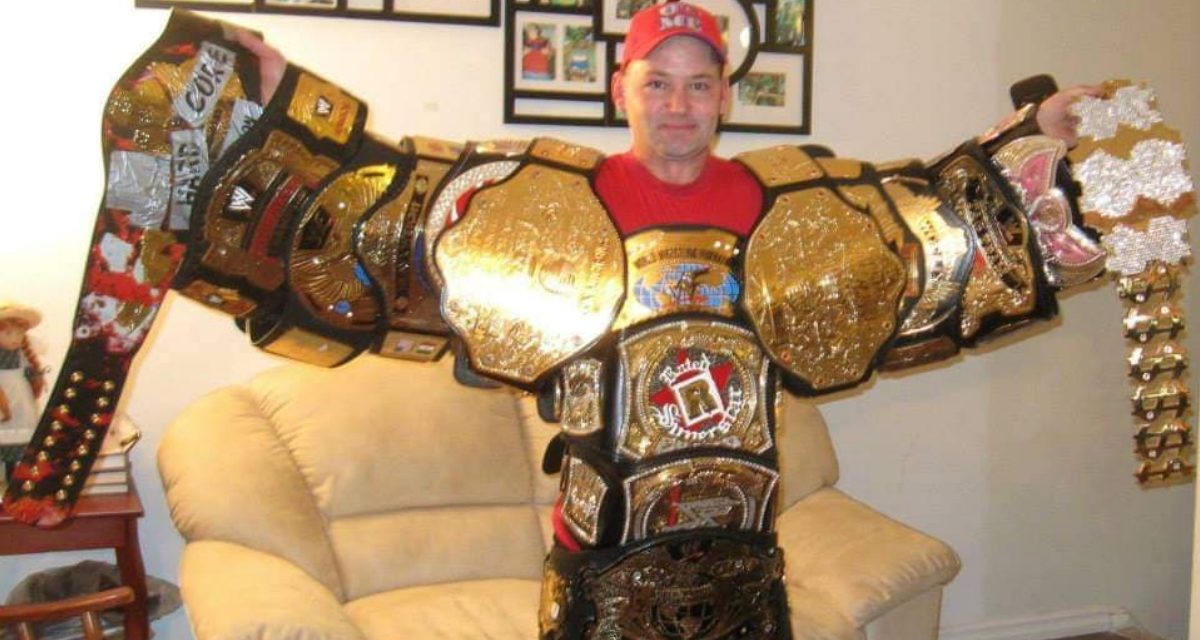 Al Ruddick of Brantford, Ontario, is a fixture on the Ontario independent wrestling scene, called “Wrestling’s Biggest Mark” by many.

He is known as a boisterous presence at ringside that any wrestler worth his salt knows will make their night an easy one. 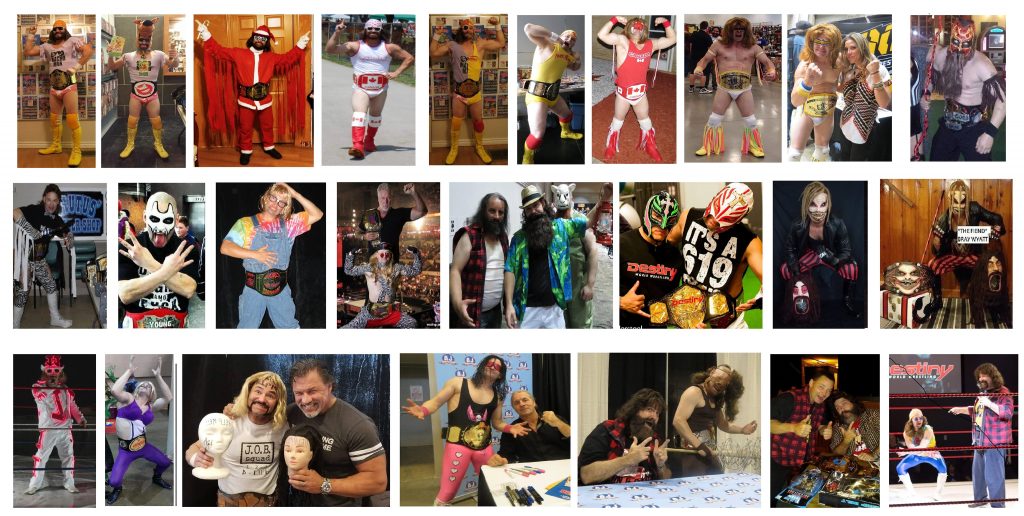 A selection of Al Ruddick’s many cosplays over the years.

When he isn’t working at the lumber mill he may be hard to recognize at ringside as he is often in disguise cosplaying as his favourite wrestlers at events. He initially started doing so at comic con events. The reason he says why is quite simple: “I just went to meet wrestlers. I noticed people dressed up but nobody dressed up as wrestlers. So I did it. I got a pic with [them] for nothing.”

This frugal mindedness is also the driving force behind another aspect of Ruddick’s wrestling fandom. Specifically his expansive collection which once took up in excess of 10 rooms of his and his wife Terri’s home.

It all started with an overpriced replica championship belt from the WWE Niagara Falls tourist trap. “I wore the belt everywhere. When I wore it to work one time a girl said, ‘You should check Kijiji.’” Thus began an epic continual cycle of buying, selling, trading and flipping, all because he was smartened up to outlets that had collectibles at more reasonable prices.

His collection would include whatever he could find: action figures, autographs, T-shirts, ring-used items and knickknacks of all varieties. The ultimate result is perhaps the biggest wrestling collection in Canada, if not the world.

But collecting has been an adulthood hobby for Ruddick. “I never really collected anything back then. I mostly got a lot of the toys back then for Christmas. I wish I did collect them. I’d beat them up with each other. Collecting never really started ’til way later. I was too busy stealing.”

He further described his childhood in Nova Scotia was a vastly different experience. 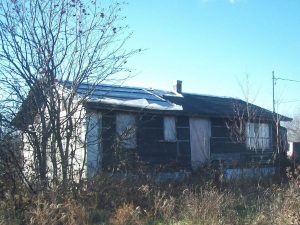 “We grew up really poor. We lived in a tent for about six months. Then my dad built a house worth about 500 bucks. We never had much so instead of asking I’d just go out and steal. I know it sounds bad but what do you do? You get over it, you get through it.”

Ruddick explained that he felt pegged as “a lost cause who would never amount to anything” at a young age by the adults and authority figures in his life. Through much of this and other darkness of his childhood however, the beacon of pro wrestling shone bright from since he can first remember. 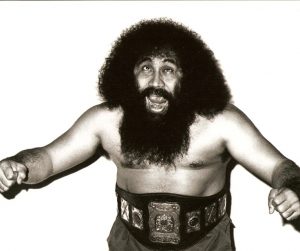 “I remember straight out the Cuban Assassin was coming out and one of the fans threw a hot chocolate at him and he chased him out of the building,” recalled Ruddick. “This was the early ’80s and that’s what hooked me on it. And back then you ain’t faking a steaming hot chocolate, I don’t care who says what.”

Upon moving to a bigger city in southern Ontario as a working adult, the demons of drugs and alcohol consumed his leisure time. It was thanks to that aforementioned fateful visit to Niagara Falls that his life took a turn for the better — collecting wrestling merch was his new addiction.

Ruddick’s fandom has consumed his house in other ways as well. Over the years he has decorated in a wrestling theme with John Cena Christmas trees, WWE championship mulch, and more. 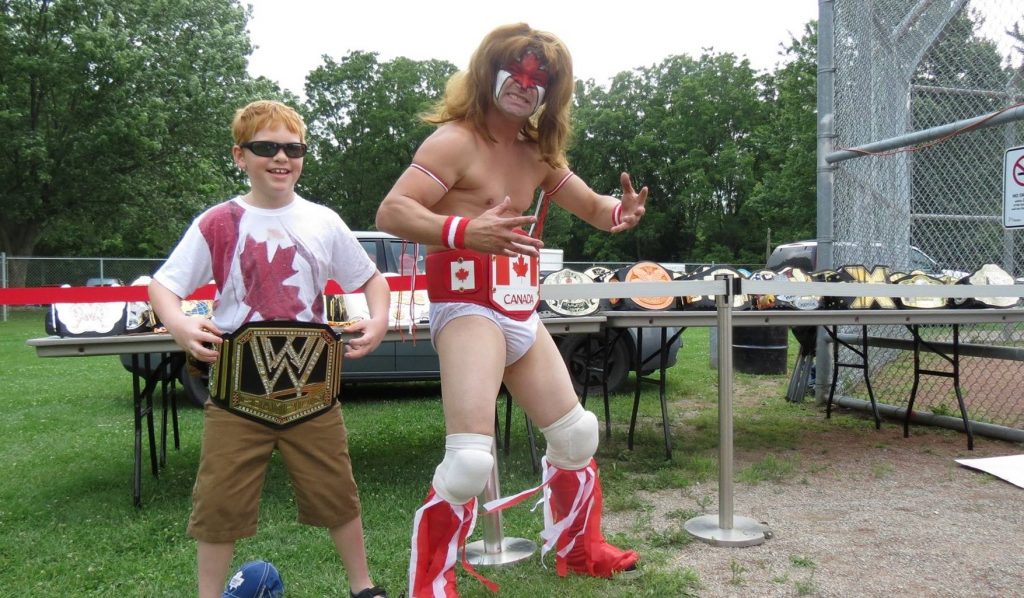 His greatest joy in these ventures though he says is sharing it with children, especially after his difficult upbringing. “That’s why I give stuff away just to see a smile on somebody’s face.”

Over the years Ruddick’s ever-changing collection has seen many super rare gems come and go at more than fair prices. “All those comic cons, all the wrestling events, everything I had was paid for through that. I probably sold ten times the amount that I have. I’m just looking to… keep what I wanted and get my money back is my main goal as quick as I can so I can buy something else. 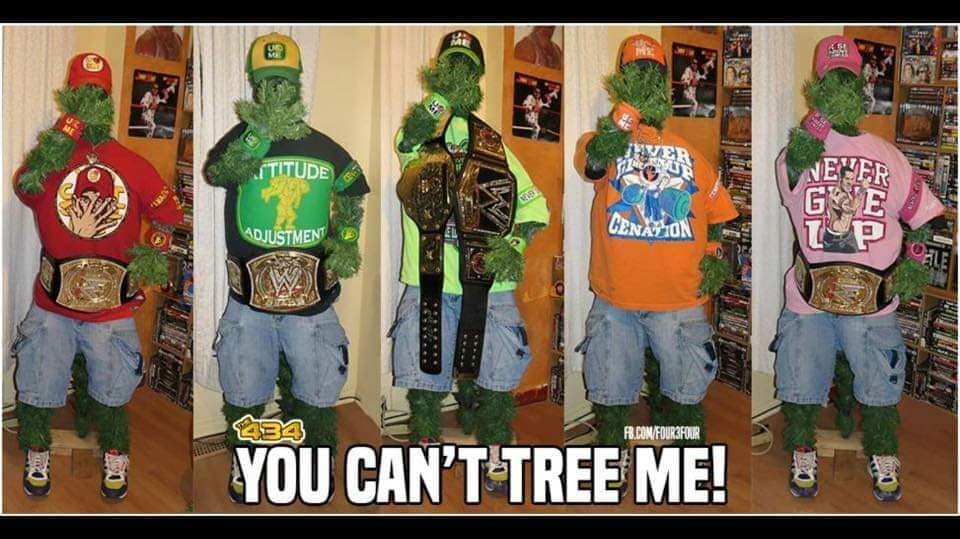 Ruddick is transparent in regards to his favourite wrestler: John Cena. But after a number of unfortunate experiences dealing with the bureaucracy and impersonal nature of WWE’s customer service, he now prefers the live independent genre. During this pandemic period it is something he craves to have back in his life. But once again Ruddick has filled this hole with relentless fanatical wrestling productivity. 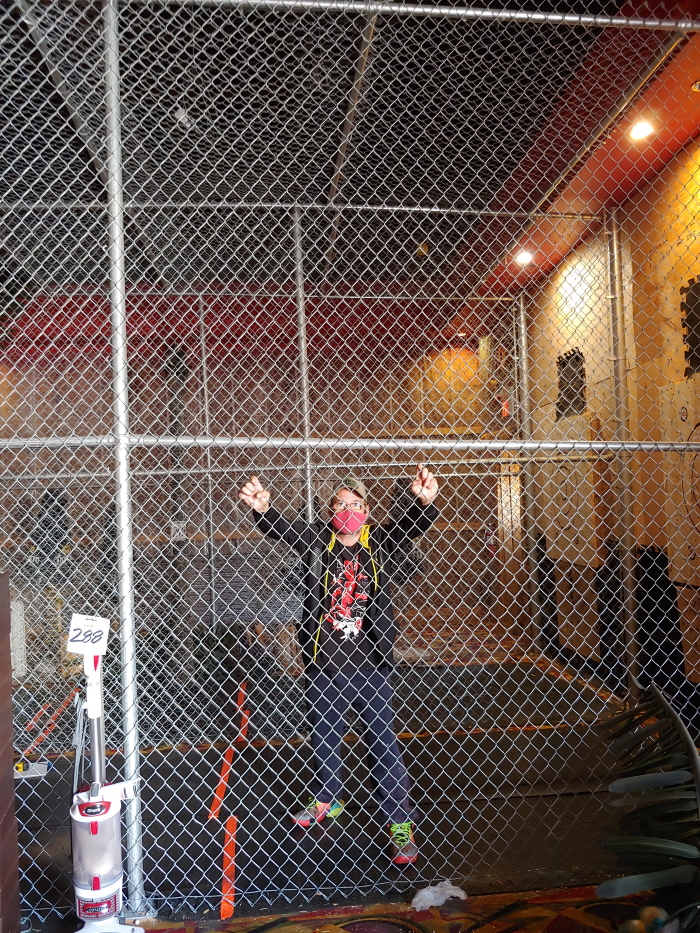 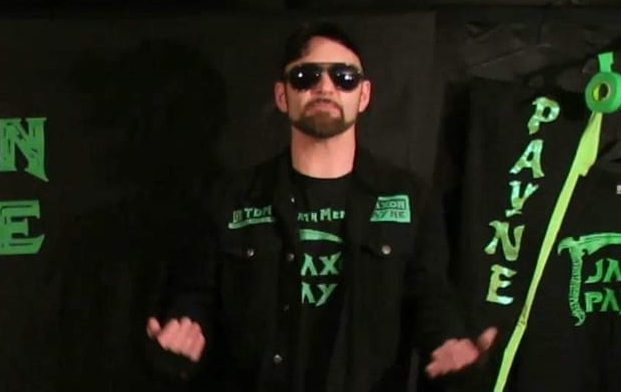