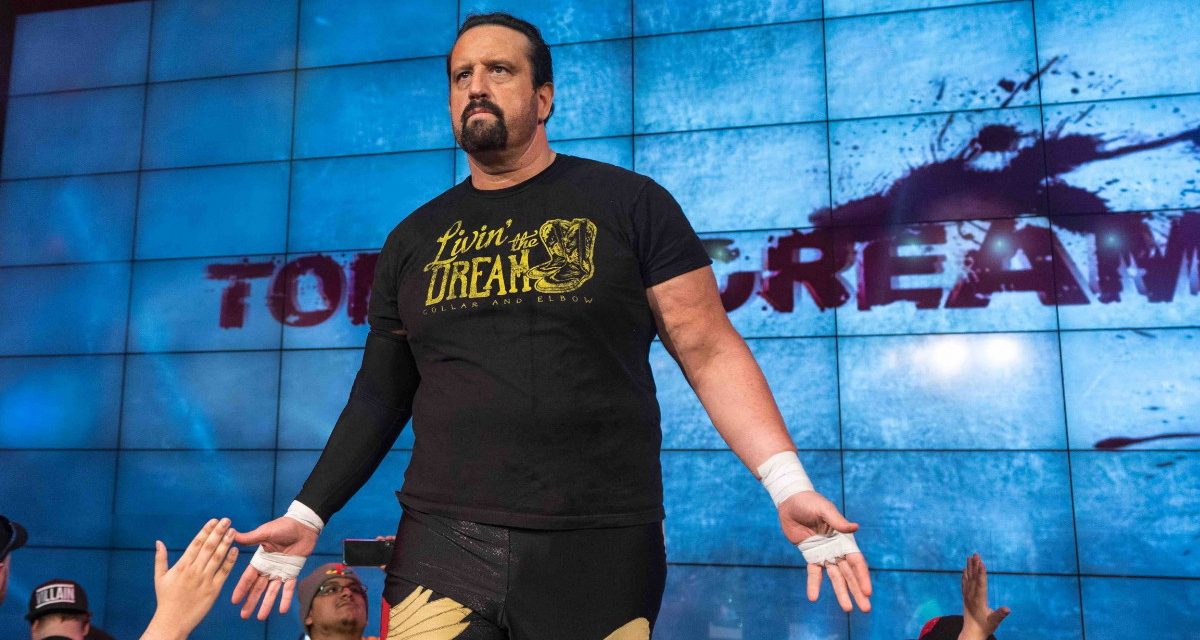 Tommy Dreamer is looking at his upcoming match — still a maybe — against Impact Wrestling World champion Rich Swann as a “benchmark” in his 31-year career.

It’s a “great opportunity … if I accept it, and it’s a big if,” said Dreamer on a Thursday media Zoom call, hosted by D’Lo Brown.

About to turn 50 years of age on February 13, Dreamer sees the parallels to where he stepped aside all those years ago to give the 53-year-old Terry Funk a crack at the ECW World title held by Raven at the first ever pay-per-view by the company, ECW Barely Legal. (Dreamer delivered commentary for the first-ever time on that show.)

To prepare for the bout, which would take place at No Surrender on Impact Plus on Saturday, February, 13, Dreamer has been training at Curt Hawkins’ facility in Long Island; he admitted that he hasn’t trained seriously in a while.

Brawls are a lot easier, but Dreamer knows that he will be expected to wrestle, so is trying to get back in better shape, especially cardio-wise. “We always want people to remember us in our glory,” he said. “I don’t want to embarrass myself.”

As the storyline goes, the champion Swann asked to face Dreamer as a birthday present. Of course, Dreamer is part of the Impact creative team, often working into the wee hours of the morning rewriting the episodes on the fly. He’s okay with that knowledge, and talked about the dual roles, and welcomes the opportunity. “It is a gift. Stars aligned,” he said of the bout — potential bout — with Swann.

Dreamer first met Swann at CZW, where he was blown away by the things the high-flyer could do, and said that he tried to help him on the indies where he could.

“Rich is my friend and there’s no angst, no hatred, nothing to motivate me,” Dreamer admitted.

With the current landscape — Impact on Tuesday night had its wrestlers, as well as talent from AEW and New Japan Pro Wrestling — Dreamer laughed, saying he is not above combining “every crazy angle that’s ever happened” and beating Swann, then going to AEW and winning that World title, and then showing up at WWE Smackdown and throwing titles into the trash and retiring.

In reality, though, it has been a long time since Dreamer was ECW World champion. He said that becoming the Impact World champion “would mean everything,” and that’s from someone who never desired titles.

“Hell, I’m not even on the open of Impact Wrestling,” Dreamer chuckled. “This business is as real as it gets, especially when you are the champion.”