Behind the Gimmick Table: Lifting the hood of maskmaker Marc Ethier 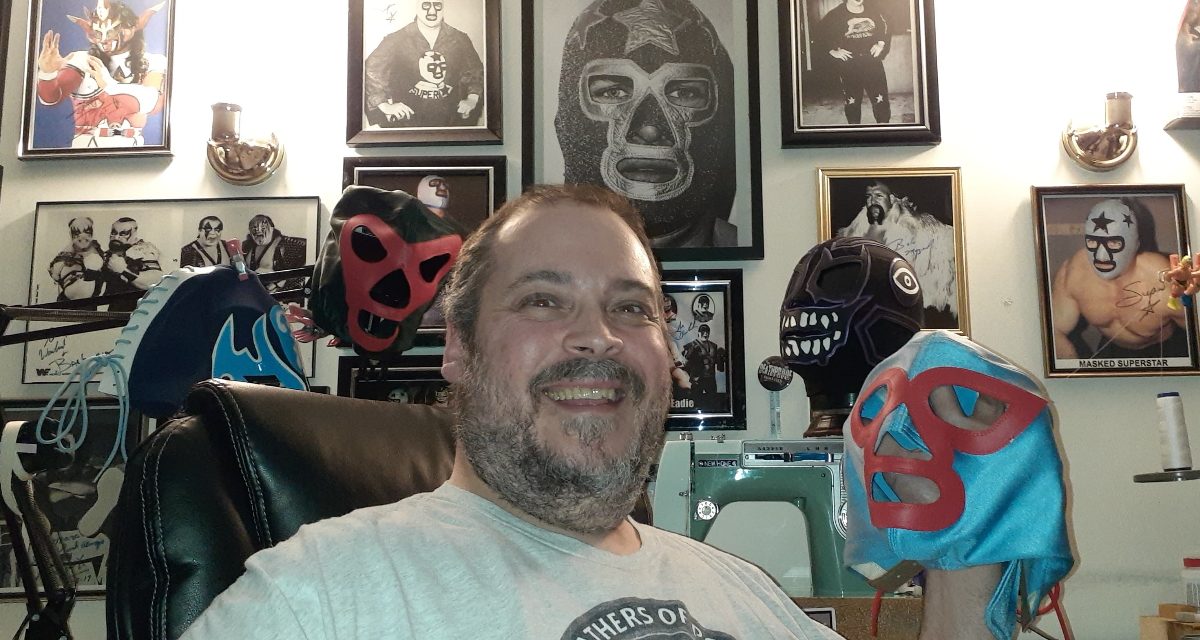 The mask is one of the most fundamental wrestling character tropes. So much so that I the illustrious collectible mogul and slamwrestlng.net author, The Rasslin Merch Machine adopted one myself. But who is the man behind the mask? 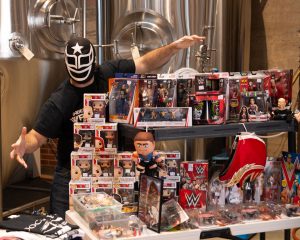 The Rasslin Merch Machine behind the gimmick table, literally.

The man who crafted my mask: Marc Ethier.

According to his parents, back in 1974 Ethier could not get enough of consuming it on TV. He describes this time before the internet or cable TV, when the options were limited to “the old stuff like Grand Prix, WWWF, NWA. As soon as it was over I wanted more and more but we didn’t have a VCR.”

Ethier grew up in Timmins, in the northern part of Ontario. Lucky for him, unlike other such cities and towns, over the years it has had more than its fair share of legendary wrestling moments.

Dating back to the 1940s and ’50s, Hollinger Park hosted regular outdoor summer events and the Maple Leaf Gardens modelled McIntyre Arena has seen epics including Bearman Dave McKigney tours and Hulk Hogan versus Andre the Giant for International Wrestling, and more.

Although Ethier’s father would get into watching the action on TV at home he explained “[He] never admitted he actually liked it.” It was his mother and grandmother who would end up taking him to the arena epics. 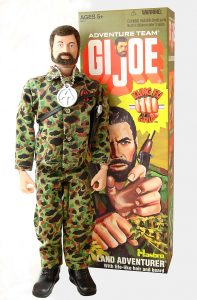 The 1970s GI Joes were the recipients of Marc Ethier’s first custom gear.

It was during this time that Ethier would first begin to develop his sewing skills. But before wrestling masks his initial projects were for action figures “the GI Joes with the ‘kung fu’ grip… and I’d use old blankets or pillowcases and I’d make ponchos or rain suits or whatever and sleeping bags out of ’em.”

It wasn’t until the 1980s that wrestling would join the toy aisle action but the original AWA Remco figures were hard for him to find. “My collection started to be the knockoffs of the AWA Remcos… then I graduated to the [WWF] LJNs and I had every single one of them I’d hit up Woolco and BiWay and Kresge’s.”

As with the GI Joes, Ethier took to sewing his own accessories and ended up creating his first masks for the WWF LJN Killer Bees. “I said to myself, ‘What are the Killer Bees without their masks?’ [So] I grabbed some old cotton and hand stitched them and cut out little holes for their mouth and nose and eyes.” 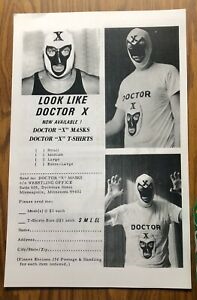 Years later in 2005, upon first getting a computer with an Internet connection, the same desire to upgrade a product is what really started him on his mask-making journey. “My mom would never let me order one from the magazines. I saw an ad, a guy out in Oklahoma was making them. It was $40 US and it was a Dr. X mask. Once I got it in hand I took it out of the pack and the holes looked like it had been cut with a dull butter knife and when I put it over my head the stitching started to break and I said to myself, ‘If this guy can sell this for $40, I can make something better for myself.’”

For his initial projects, Ethier went all out buying all sorts of different spandex and vinyl, various supplies, accessories and an $800 machine. This was all for naught. “My stuff back then was atrocious. I didn’t have the right patterns or anything, the lady at Fabricland helped me make a pattern.” And the sales matched the quality at the time.

Despite his “love/hate” relationship with computers and the Internet, the medium would once again prove integral to developing his skillset. In maskmaking Facebook groups, Ethier would be inspired especially by the works of creators from Mexico and Japan, but it was through friendships with two from the United States that would really bring his work to another level in 2009. 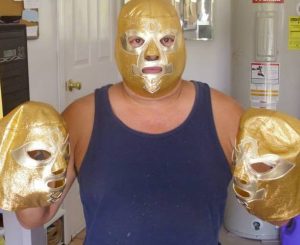 His two best maskmaker friends and mentors are both former wrestlers: Luis Arroyo from Florida, who wrestled in Puerto Rico; and “Ironman” Mike Woody, out of the southern USA. They smartened him up to much of the “hood” business online. “We started talking over Skype… giving me pointers over webcam and they sent me the correct patterns. What type of glue and what type of threads and [informed me] the machine I had was not good and a basic home sewing machine would have been fine.”

Ethier was able to sell his high-end sewing machine and now has amassed a collection of seven machines. “The main one I use now is a 1956 solid steel machine with no plastic. It’s a workhorse.”

Each mask takes eight to ten hours of work for Ethier and is crafted in the classical method by hand with no digital tools. He estimates that he’s made in excess of 1,000 masks for wrestlers and collectors all over the world. Additionally his masks have appeared on a number of TV shows like Storage Wars Canada, Dragon’s Den, TFO, and various episodes of Dark Side of the Ring. 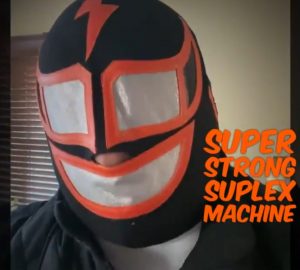 Yesterday on Twitter Taz posted a video of The Super Strong Suplex Machine calling out Excalibur.

One of Ethier’s most recent works is set to be seen on AEW TV as Taz has debuted The Super Strong Suplex Machine on Twitter, teasing a match against masked commentator Excalibur.

He has also made his own contribution to the Timmins wrestling lineage as a co-promoter of the Rock Solid Wrestling brand where he hopes to once again be selling masks live in the arena soon.