Wrestling Empire is a beautiful disaster 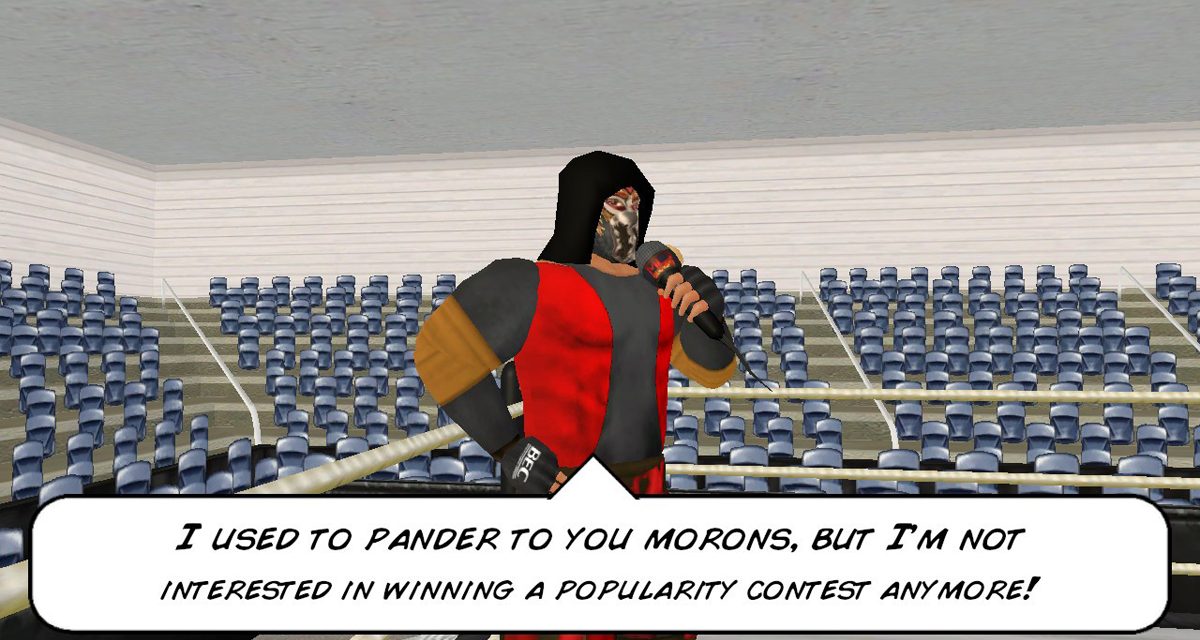 Mat Dickie, also known as MDickie, is back. The rebel and independent video game developer and publisher who has been doing things his way for 21 years has just released Wrestling Empire on the Nintendo Switch.

To everyone who is still here…Wrestling Empire is a game that proves what the majority of most hardcore gamers already know and that is you don’t need stellar Final Fantasy 7 or The Witcher 3 graphics for a game to be fun. The simplest concepts like Pac Man, Double Dragon, Galaga or Contra have gamers of all ages coming back for another kick at the can for decades and decades. I have revisited old school games I played in an actual arcade like Punch-Out, Karate Champ, Time Pilot and Donkey Kong and old console classics like GoldenEye, and the original Star Wars Battlefront more times than I can count. If the older me told the younger me that I would currently have those titles on my home console or hand-held devices in the future, he would probably have a cow. 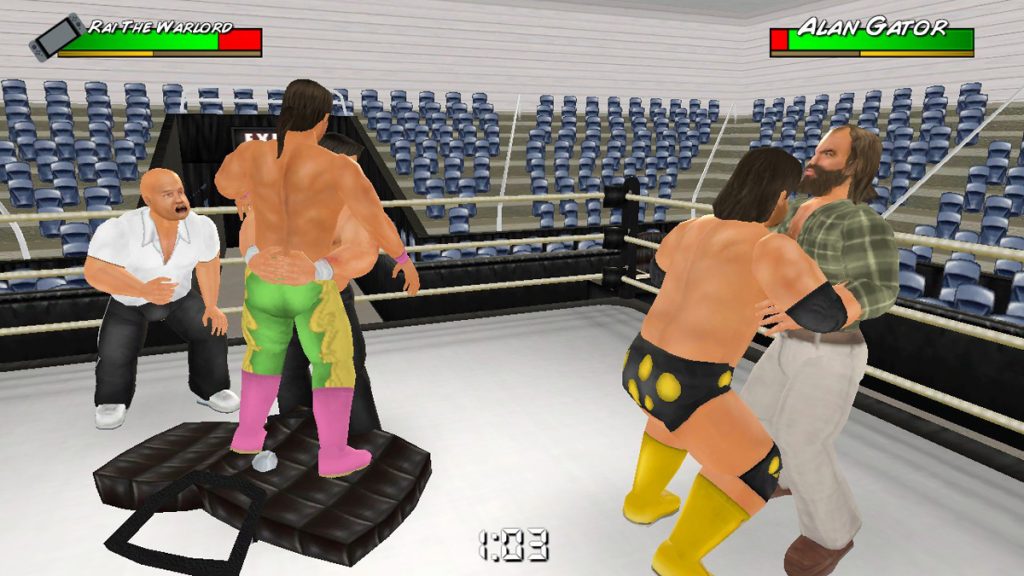 Who do you think you are fooling, Alan Gator?

A game doesn’t have to be complicated or sophisticated to reel you in and Wrestling Empire does so immediately. The first thing that any die-hard wrestling fan will notice examining the roster is there are many familiar faces but they all have very different names. There is Drew Durham and incredibly he looks an awful lot like Lance Storm. There’s Aftershock but he looks exactly like Earthquake. There’s Hardback who resembles RVD, and Venom who seems to be the Day-Glo Sting of yesteryear. Some of these parodies are unlocked at launch. There are scores though who remain locked until you complete your journey from grimy bingo halls to the biggest promotions in the world, well, in Wrestling Empire’s universe at least.

Before lacing up your boots and getting the living snot kicked out of you for a handful of spare change and some pocket lint, you can edit your character’s appearance, relationships and their moves.

Unlike some modern wrestling games that require you to have an extra pair of hands just to be able to pull off a running clothesline, Wrestling Empire’s controls are very intuitive and very straightforward although the number of moves is more than you would expect from such a basic layout.

The sadistic side of me loves all of the blood and brutality too. The sound of bones breaking when you lock on a submission move or drop an opponent on their backs or necks always brings a smile to my face. Punches and kicks cause spit and blood to fly. The graphics may primitive by today’s standards but the sound effects are glorious.

What makes Wrestling Empire a triumph is its bats–t angles and happenings that you would never see in any other wrestling game because they are too controversial or just plain mental. 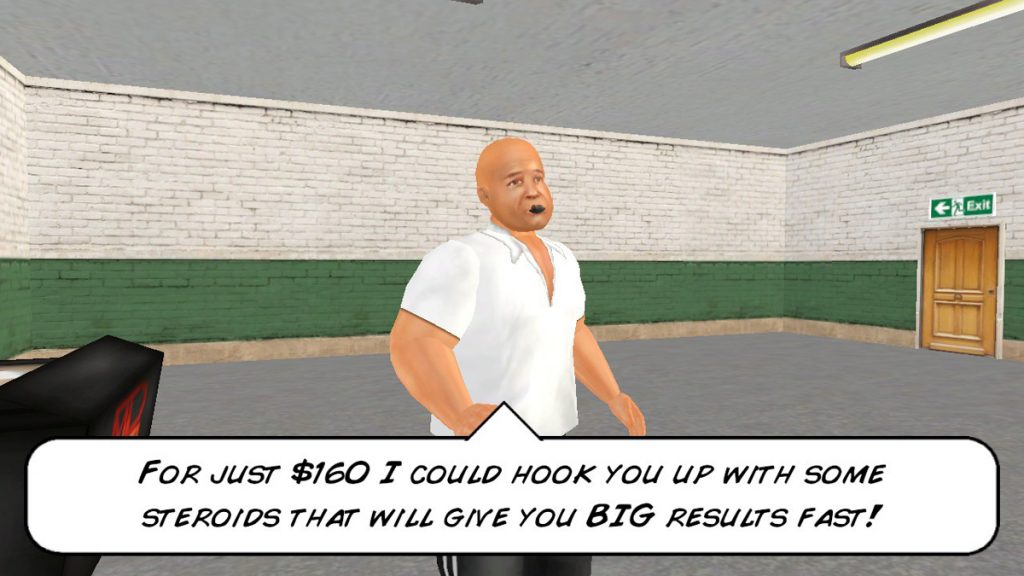 This gut-busting craziness can be divided into two categories: intentional and unintentional. The game itself is not broken in the traditional manner of being unplayable but it is glitchy in the sense that odd things do happen here and there. A referee will belt you or your opponent with an illegal object instead of throwing it out of the ring. A simple suplex will catapult wrestlers over the top rope and into the crowd as if they were strapped to a rocket. Objects like announce desks will shake, rattle and explode for no apparent reason or spontaneously combust. None of these are enough to ruin the game or the experience which is why they are so hilarious. You cannot help but to laugh and then carry on playing.

The intentional madness is so absurd. What are we talking about here? How about being approached backstage by a shady character who is selling steroids or being approached to form a union? How about when you refuse to dress like your tag team partner because you spent a lot of time designing your look, he copies your ring gear right down to your boots? How about being paid to interfere in matches or just referee them? Matches you just won are randomly restarted because the official doesn’t like the outcome. You will be the guest on a Joe Rogan-like talk show and be asked trivia questions about your career and character. You decide not to lend someone money backstage and that turns into a feud. You will get sick or injured and have to wrestle with reduced health or even miss tapings.

The outrageousness doesn’t end there either. After each match there is a dirt sheet news update giving you the lowdown on what is happening in the bigger wrestling world. You will read the usual stuff like new champs being crowned or firings or hirings. There are also headlines about retirement, wrestlers gaining or losing weight, wrestlers who are injured and why, the television ratings and even news about wrestlers passing away like poor Evan Gillette. I miss you, brother. 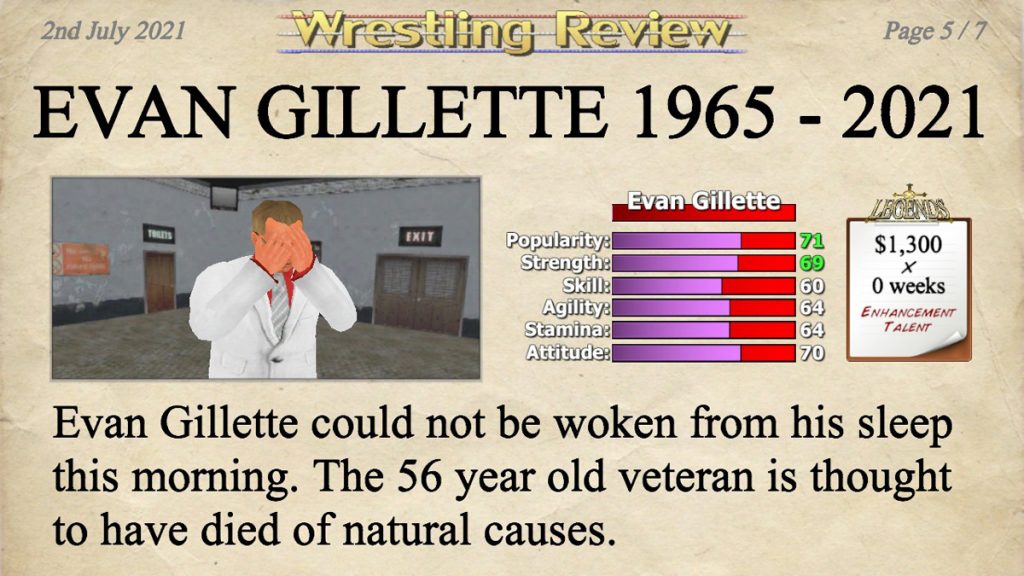 At only $20, Wrestling Empire is a steal. It is a challenge to not only rise in the ranks, win championships and compete in explosion matches but witnessing all of the silliness brought on by the cleverness or pure ineptitude of the game itself is amazing. I haven’t laughed this hard since I played South Park: Stick of Truth, Saints Row IV or even Destroy All Humans! The only shortcoming of Wrestling Empire is that when it comes to console gaming, it is only available on the Nintendo Switch. Such unhinged genius deserves a wider platform and a wider, weirder audience.

Check out the hilarious images from the game in the gallery below: 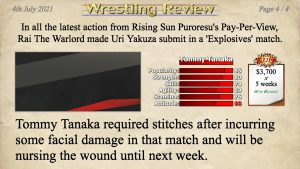 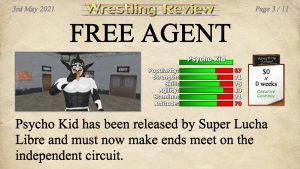 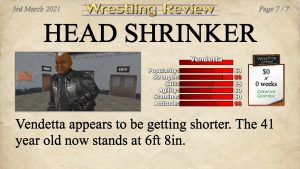 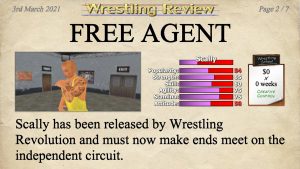 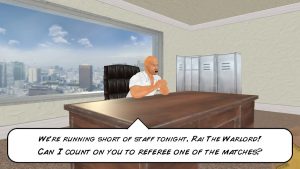 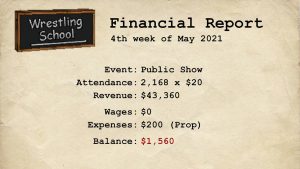 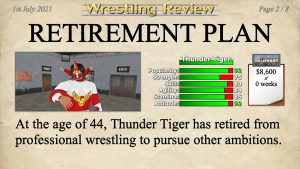 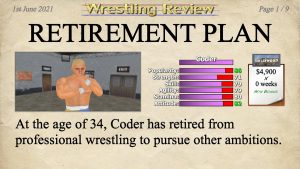 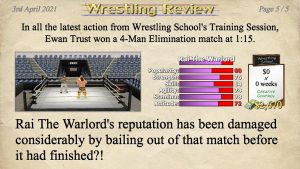 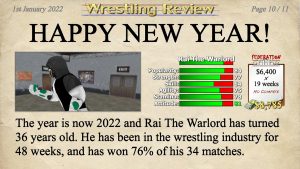 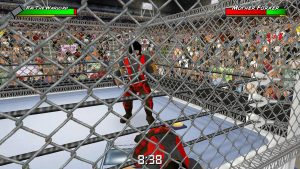 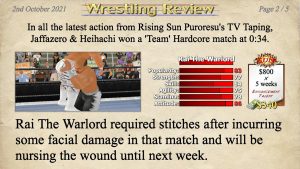 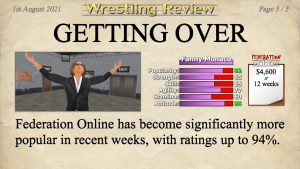 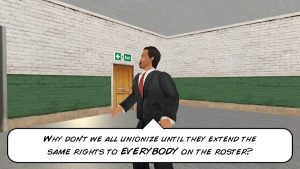 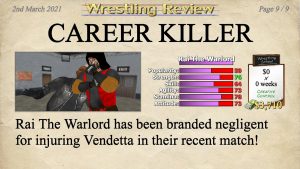 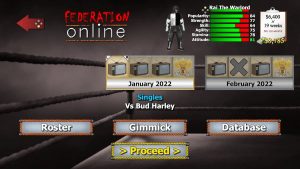 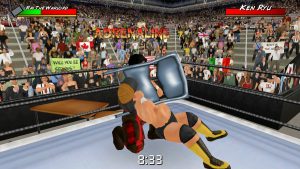 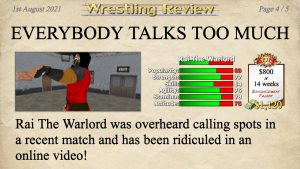 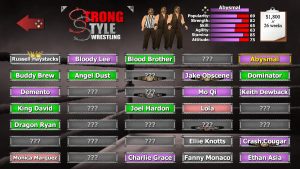 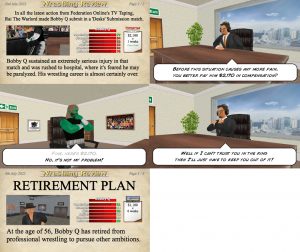 Wrestling Empire is unadulterated, unbridled chaos that was made by a wrestling fan for wrestling fans. It won’t damage your wallet and it will give you more laughs than a Scott Steiner or Sid Vicious promo.