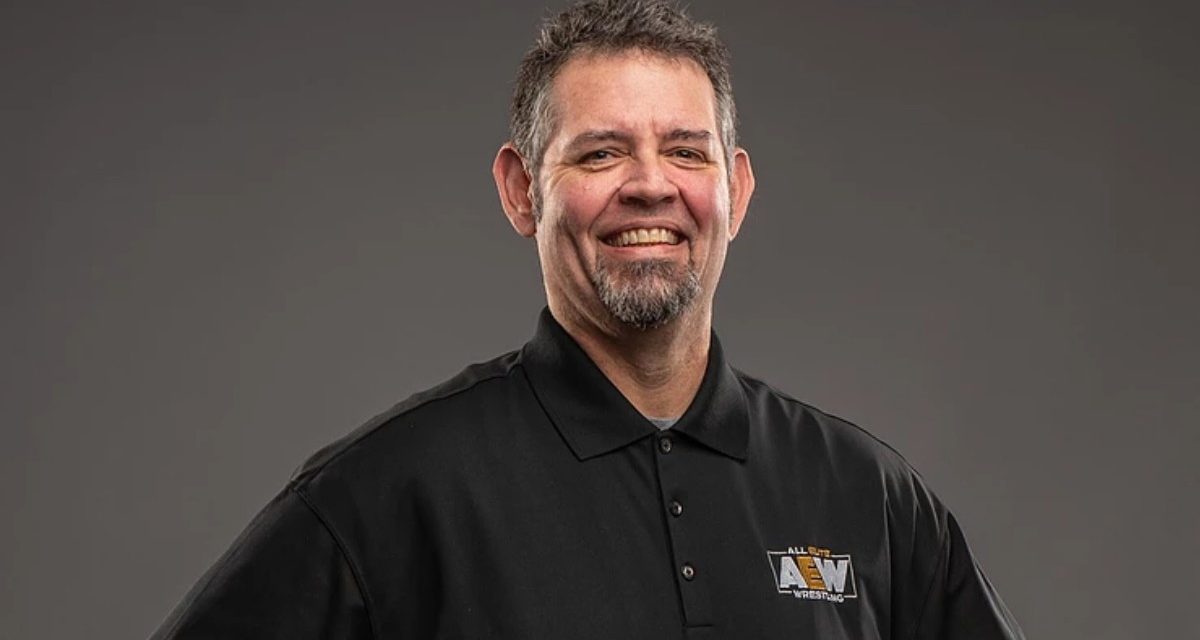 On this past Wednesday night’s AEW Dynamite, the Young Bucks went into a home described as brand Champion Kenny Omega’s. Accompanied by backstage interviewer Alex Marvez, and the laptop-carrying Michael Nakazawa, Matt and Nick are met by the Champion’s “Invisible Hand,” Don Callis. Marvez and the unseen AEW videographer are shooed away, and Callis positions the camera to capture their private conversation. This is a familiar situation for fans who have watched professional wrestling for decades. But that’s what made it cool.

When Callis demands that Marvez is to led to the “dungeon” by Nakazawa, it panics the interviewer. While Marvez won’t be compared with “Mean” Gene Okerlund, it is an interaction with a credible sports personality that we as professional wrestling fans simply don’t get anymore.

The Bronx-born, Marvez, who will be 50 in April, has been with AEW in several capacities since its inception; however, his current role has the most opportunity for impression. Last September, the aforementioned Matt and Nick Jackson super-kicked Marvez as he was trying to conduct an interview. The brothers were fined $5,000 and Marvez played along on social media. Marvez’s Twitter profile doesn’t promote any websites where fans can plunk down money for content, just his status as a satellite radio personality and Pro Football Hall of Fame voter and former Football Writers of America President. He is a member of professional sports community.

(Marvez is not to be confused with Championship Wrestling From Hollywood’s David Marquez, except for the fact that both men are likable, have similar looks, names and ages, are bespectacled, and frequently tower over the professional wrestlers they interview.) 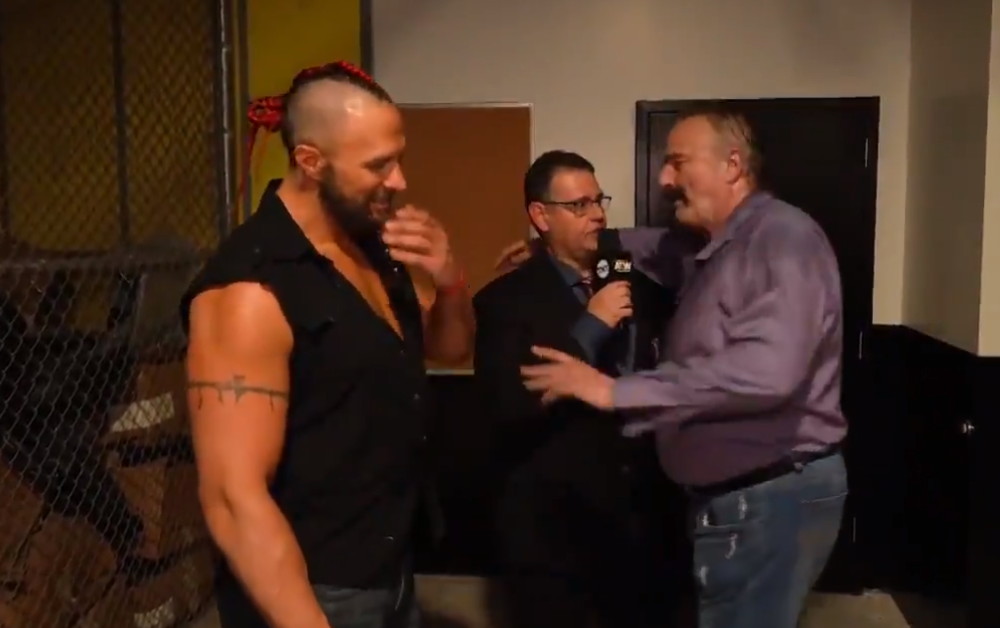 Recently, the role of the professional wrestling backstage interviewer has been dominated by young, beautiful women who always appear as if they are auditioning for another job in television. That isn’t the case with Marvez. He unabashedly looks his age, wears a required suit, simply does the job. When The Butcher and The Blade attacked Dustin Rhodes and QT Marshall in November, he raced out of harm’s way. At the end of his segments, he doesn’t look like he’s waiting for a director’s “cut” call.

In a recent episode, Marvez appeared out of thin air in a parking lot to interview Callis and Omega. Although he didn’t do much in the segment, he didn’t have to, since the focus should have been, and was, on Callis.

Although, some of us believe Marvez to be rather new to the professional wrestling game, he does have some tenure and credibility in covering sports and sports entertainment. His rarely used Instagram page promotes his position as a Pro Football Hall of Fame/Wrestling Observer Hall of Fame voter. He had a long-running pro wrestling column that was distributed throughout the continent via Scripps-Howard News Service. In addition to NBA coverage, he has reported on the NFL for 26 years and that may make him one of the most tenured mainstream sports journalists working in wrestling today.

Later in last Wednesday’s offering, Marvez simply serves as a transition for an arriving Kenny Omega as he’s on his way to see a now-Young Bucks battered Callis. While all can handle the assignment, Marvez doesn’t dazzle and distract from the job at hand. There certainly isn’t anything wrong with anyone currently on television introducing talent and holding a microphone, but Marvez is an older, unbiased presence with authority and gravitas. No one is going to be accused of hitting on Marvez and his style is too straight-forward to be suspected of anything improper with the women he introduces.

In this capacity, Marvez’s personality doesn’t shine like Okerlund (arguably the best ever captured on film) and his frame doesn’t indicate that he wants to dive off of the top rope onto a full-time wrestler.

Instead, he is the right mix of experience on television — he was even in the 2014 Kevin Costner sports vehicle Draft Day — to know that it is best to appear uncomfortable amongst the wrestling set.

That makes Alex Marvez an unpretentious and welcome breath of fresh air.