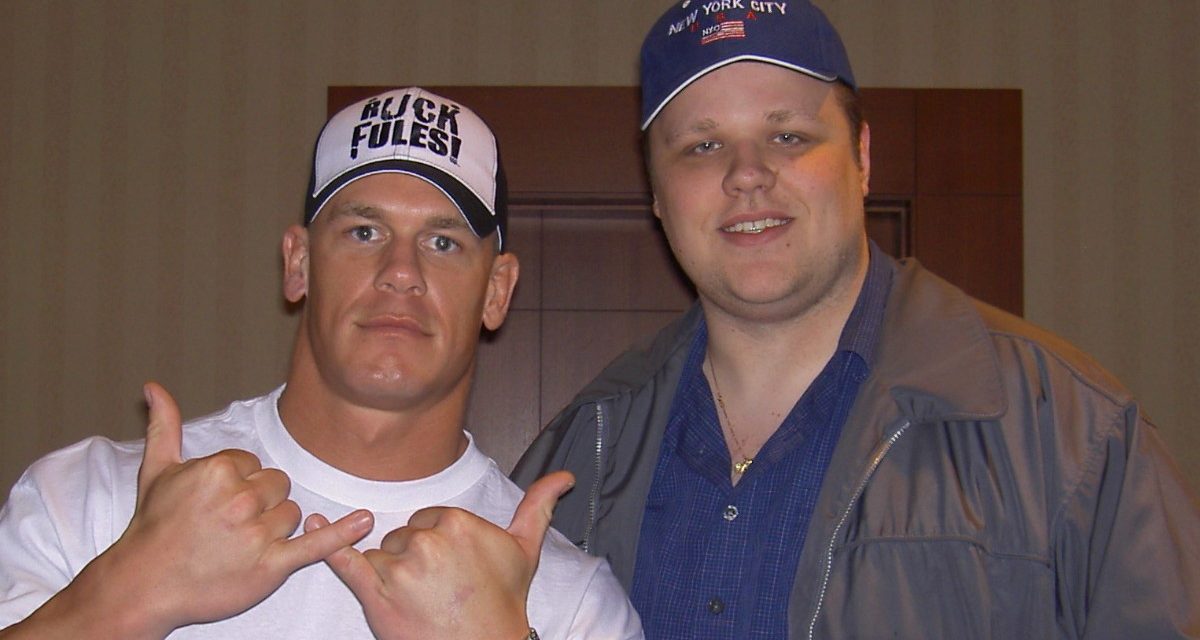 December 15, 1995. A date that will always stand out as the start of my crazy journey through wrestling. The event was “The Showdown at the Corral,” a celebration of Stu Hart, who had turned 80 the previous May. 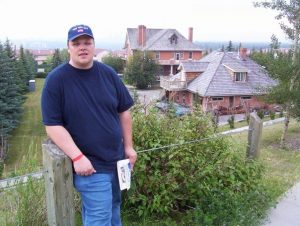 Jason stands behind Hart House in 2004

Partway through the night I felt a hand on my shoulder. It was Stu, who had been seated behind me. “I’ve been watching you. You should be in there with those guys,” he said in his memorable voice. It kickstarted my dream of being a professional wrestler.

This is not the story of a kid who made a career in the business, though. Instead, it’s a story about how dreams, and the path we follow them down, can change.

A month after that fateful night I started training with Stu’s son Keith. Almost nightly we were at BJ’s gym working out and wrestling on the mats. It was there that I met my first big star, Davey Boy Smith, who always treated me with kindness. Before long the winter snow melted and I was in an old Stampede Wrestling ring as much as possible, training with a young TJ Wilson (Tyson Kidd), Harry Smith, Teddy (Annis) Hart, and Ted’s younger brother Matthew. Although I can’t take all the credit, I was definitely used as a landing / crash pad by Wilson and Hart as they tested their high-flying skills that they would eventually take around the world.

Sadly, Matthew Annis died of Necrotizing fasciitis – flesh-eating disease – on July 16, 1996, at 13 years of age. It was the start of the end for me. While I kept training and even moved to the United States for awhile to continue to chase the dream, I also experienced a lot of the worst side of the business. It soon became apparent that an in-ring career wasn’t for me.

That wouldn’t be the end.

All of those pieces of life, the little and big ones, fit into one big personal puzzle, even when we don’t see it at the time.

I was still a fan, and still kept in touch with friends I made. In April 2003, my first story ran for SLAM! Wrestling – an interview with TJ Wilson to promote Stu Hart’s 88th birthday card in Calgary. At that event I interviewed a 25-year-old TNA upstart named AJ Styles. The interviews kept coming – Jerry Lynn, “Macho Man” Randy Savage, covering Stu Hart’s funeral. I discovered I could still be part of an industry that I loved, sharing stories, even if it wasn’t in the ring. 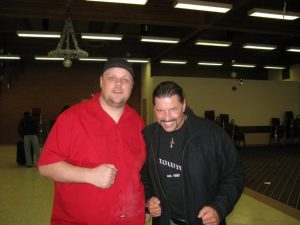 Jason with Al Snow after booking a card featuring him.

It was more than the writing too! I’ve been a ringside manager at spot shows on reservations. I booked a full card headlined by Al Snow in 2008. I missed most of his match chasing after someone who stole Head and ran out the back door. I did commentary on the Bad News Allen Tribute Show. And I was the giant at a ringside taking photos for SLAM! Wrestling at multiple promotions including Ring of Honor, PWG, and the Prairie Wrestling Alliance as well as the Los Angeles and Toronto WrestleReunions. Once, during a anything goes match in PWA between “Ravenous” Randy Myers and Apocalypse (Viktor from the Ascenion), Myers called out my name and sent his opponent crashing into me as a foreign object. Instinct still kicked in, and I took a pretty solid bump.

By my count, I’ve met and/or interviewed 28 WWE World champions, 37 Intercontinental champions, 45 U.S. champions and 60+ tag team and women’s champions. Learning under the tree of Greg Oliver and John Powell, I grew more confident in writing and contacting wrestlers. This lead to another freelance gig with GayCalgary.com where I’ve interviewed entertainment stars like Dolly Parton, Jann Arden, Nick Carter and Howie Dorough from the Backstreet Boys, New Kids On The Block’s Jordan Knight, Heart’s Nancy Wilson and many more. If you had told me at any time in my young life that I’d be having a conversation in person with Hulk Hogan, talking to “Weird” Al Yankovic, or getting a hug from Sarah Mclachlan because of my work in media, I would have thought you were crazy. I’ve worked hard for the opportunities and had to prove my skill as an interviewer and writer to get them. One of the things that makes me the most proud is when an interview subject says “That’s something I haven’t been asked before, great question.” Having John Cena excitedly tell me “this is great, you can only answer, ‘Why did you want to be a wrestler?’ so many times,” in 2005 showed me how to stand out. I’ve had stories published in the Calgary Herald, Calgary’s Child Magazine, and different websites. If I hadn’t started writing for SLAM! Wrestling none of that would have happened. 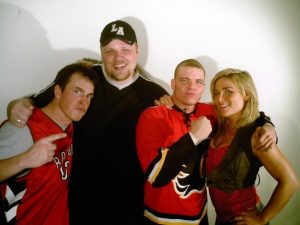 I took the biggest pride in doing stories on wrestlers before they became known. Before they were starring in WWE, Impact Wrestling/TNA and AEW, I did pieces on Tyson Kidd, Natalya, Viktor of the Ascension, David Hart Smith / British Bulldog Jr., Jinder Mahal, Johnny Devine, and Jack Evans. There was pride in my heart when they succeeded.

As a teenager, I dreamed of holding up a championship belt in front of 80,000 screaming fans at Wrestlemania. I am okay that that never happened. In addition to loving wrestling, I also loved reptiles. I was obsessed with Jake “The Snake” Roberts. A photo with him and my snake is one of my most treasured pictures.

So instead of wrestling, I now educate people about Reptiles with my company Calgary Reptile Parties. instead of touring the country taking bodyslams, I’ve toured Canada doing stage shows. I may not be wrestling on Smackdown, but my TV show SCALED aired in 195 countries on Animal Planet in 2018. I’ve achieved similar dreams, but in a different forum.

One message I hope readers take from this story is that things don’t always go as planned. That doesn’t mean life is over. Whether in the original industry, or taking a completely different route, don’t be afraid to take chances and try different things.

I did. And I wouldn’t change anything about it.

TOP PHOTO: Hopefully you can see John Cena with Jason Clevett (who towers over “The Doctor of Thuganomics.”)