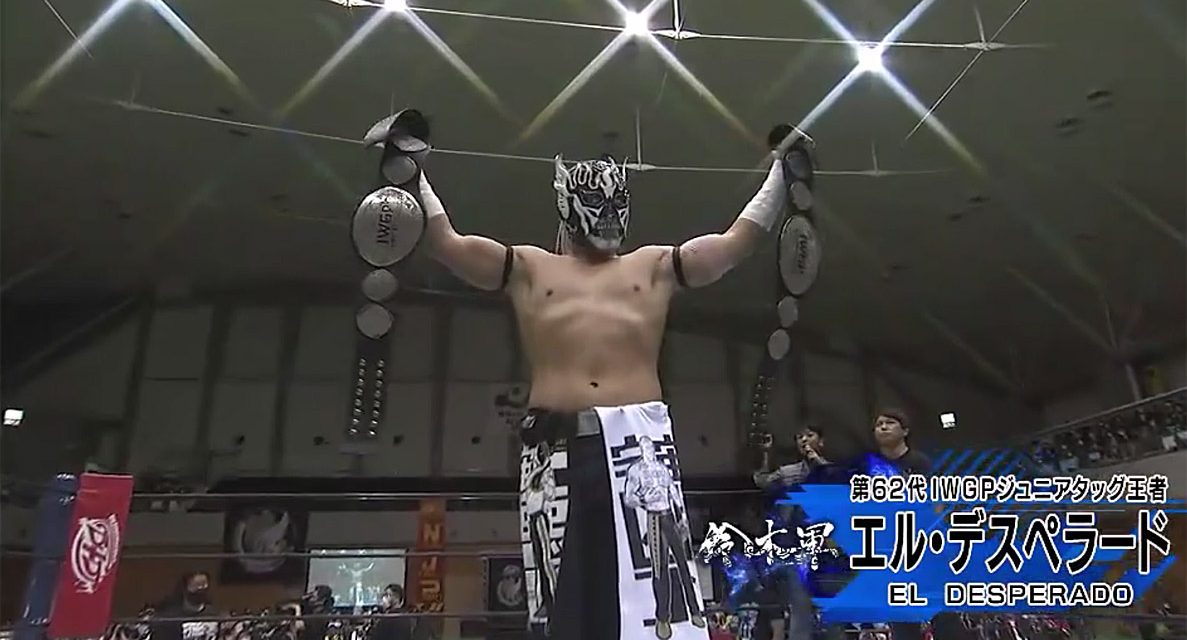 El Desperado surged forward seemingly getting a decent push in NJPW by securing the top spot in the Best of the Super Juniors tournament. Desperado took on the impressive Robbie Eagles in the latest round as the tournament marches to its conclusion on December 11th.

As the fight left the ring, Eagles walked up one of the steel posts, flipped over, landed on his feet and slung Desperado over on the concrete floor.

Looking to take out Eagles’ wheels Desperado stomped and wrenched on his legs, knee until Eagles soared over the ropes landing on Desperado. Desperado barely beat the count back into the ring. 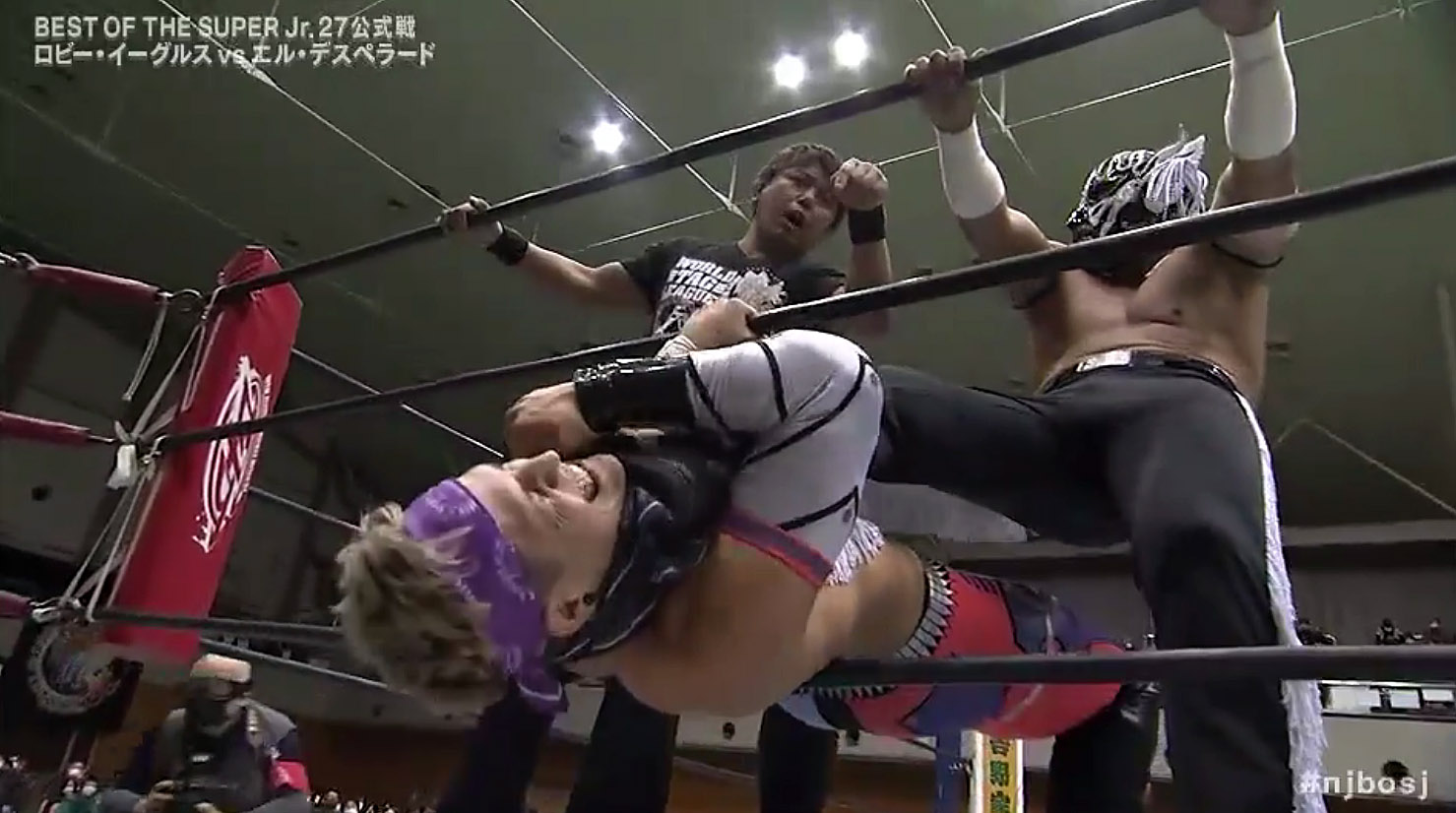 Eagles attempted a 450 splash but wobbled on the ropes holding his leg. Desperado rolled out of the way so that Eagles landed on his feet and tweaked his knee. Undeterred, Eagles went for a springboard off the ropes. He collapsed to the mat in a heap. The official checked on him to see if he could continue. Desperado had no such sympathy stomping on the injured knee.

Desperado caught Eagles coming back into the ring by kicking the ropes as he climbed through them. Ouch.

Desperado captured the two points and the win with Pinche Loco, his spinning double-arm facebuster.

In other night eight news, Desperado’s Suzuki-gun teammate Douki scored his second win of the tournament defeating a shocked Bushi. Douki caught Bushi as he went for his MX from the second rope. Bushi flipped him into a roll-up for the pin.

The crowd went nuts though during the special tag team match of Tomoaki Honma, Satoshi Kojima and Kota Ibushi versus Sanada, Shingo Takagi and Tetsuya Naito as they were well aware of the Wrestle Kingdom implications between Naito and Ibushi. Naito feigned respect by pretending to break clean in the ropes and then kicked Ibushi in the gut. Following a rapid back and forth, Natio turned his back on Ibushi. He walked away smiling and tagged out.

The two wouldn’t collide until the end of the match. Ibushi clocked Naito with a kick to the chest, a rapid barrage of kicks and punches that ended with a standing moonsault for a two count. 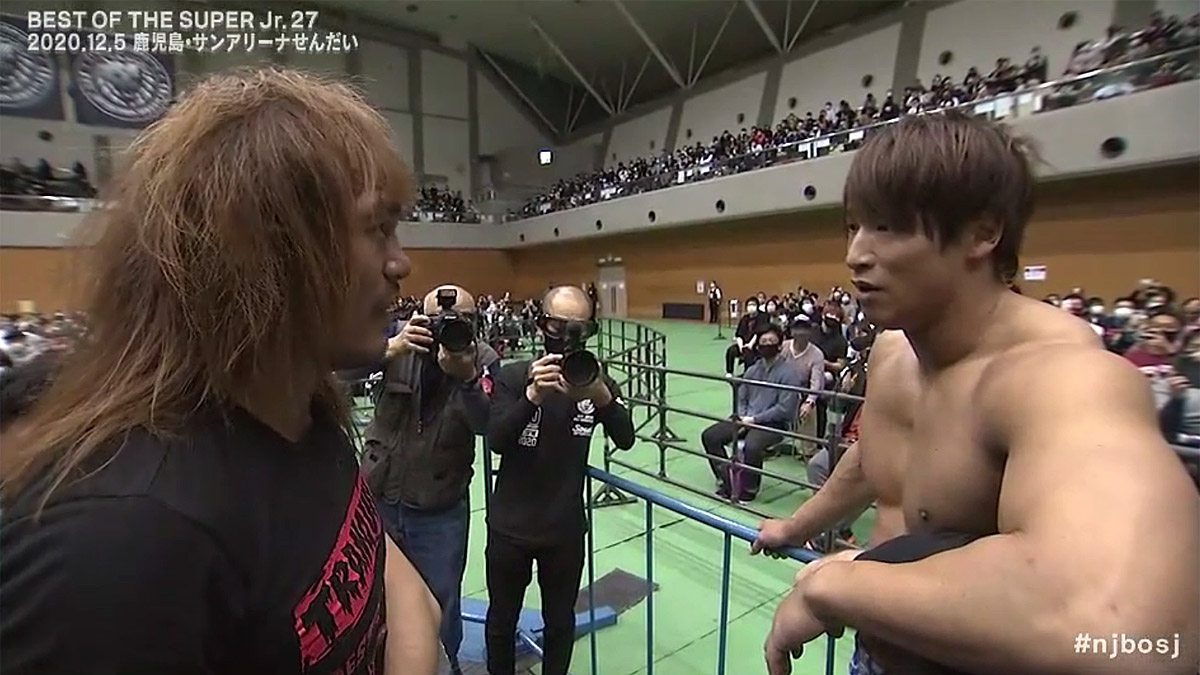 There is no holiday cheer between Naito and Ibushi. Courtesy: NJPW.

Sanada won the match for the Los Ingobernables de Japon with a top rope moonsault on Satoshi Kojima. Naito and Ibushi talked some trash to each other after the match. A riled up Naito threw Honma into the steel barricade and kicked the official in the stomach…just because. 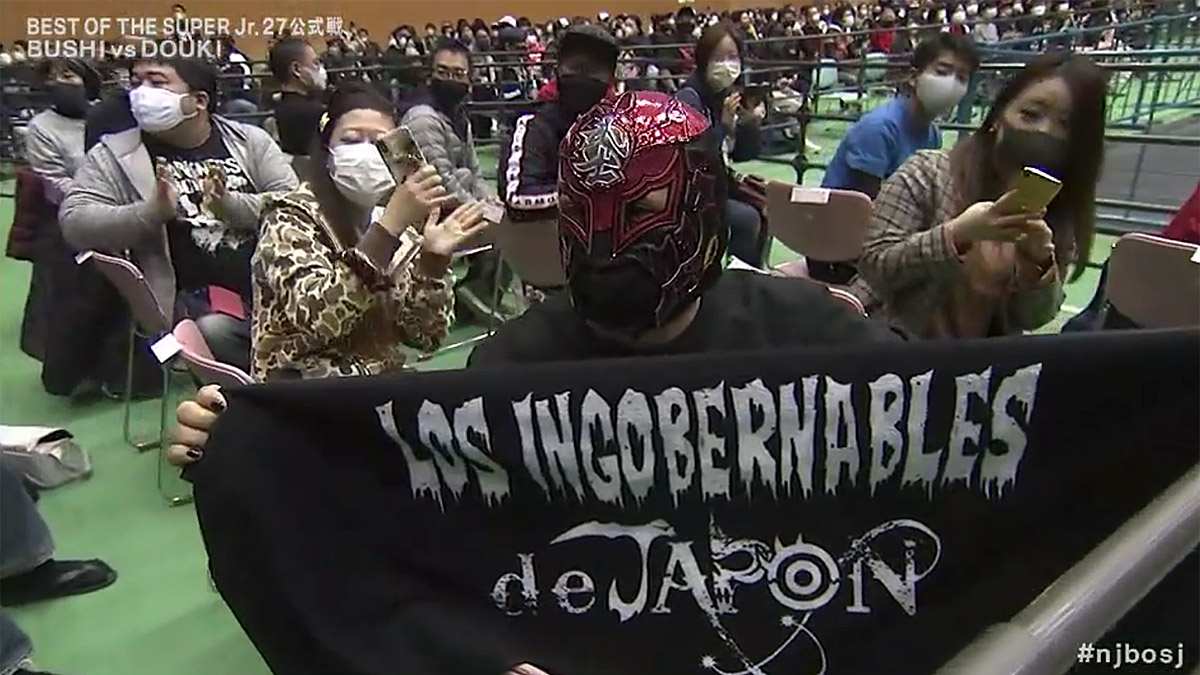 Poor Young Lion Uemura. Not a single win to be had yet.

Bushi versus Douki – Best of the Super Juniors Tournament Match

Takahashi sneaks away with a win by rolling Taguchi up.