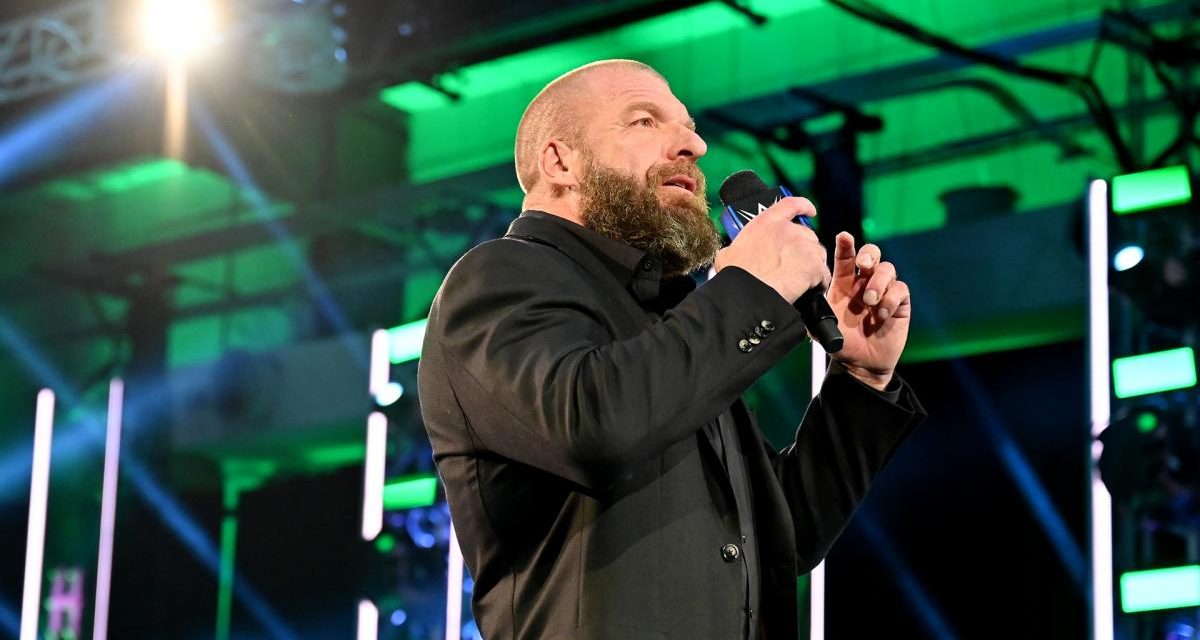 Today’s NXT’s TakeOver conference call began on a somber and solemn note as HHH took the time to remember one of his mentors, Pat Patterson, who passed away yesterday.

“I don’t know if there is anybody outside of Vince (McMahon) who has had a bigger influence on WWE or the industry as a whole. Anybody who has ever stepped through those ropes has been influenced whether directly or indirectly, whether they know it or not, by Pat Patterson. I don’t know if I have ever come across a greater mind for the business in general whether that be in the ring as a performer, as a finish guy or an overall creative person. Everyone has been affected by him. That isn’t overstating things. That is the truth, whether they know it or not,” said the WWE’s President of Global Talent Strategy & Development and the producer of NXT.

HHH recalled that when Patterson came to watch a Takeover event he would often be one of the last people to leave as he cared about the business and the superstars so much.

During a break at the NXT tapings yesterday, HHH had the crew put on and watched the infamous Alley Fight between Pat Patterson and Sgt Slaughter on all of the screens in the Capital Wrestling Center. Everyone began cheering as if they were watching a live event.

“He will be greatly missed and there will not be another one like him,” said HHH as he took questions from the press.

Here are the highlights.

About Pat McAfee and his group… 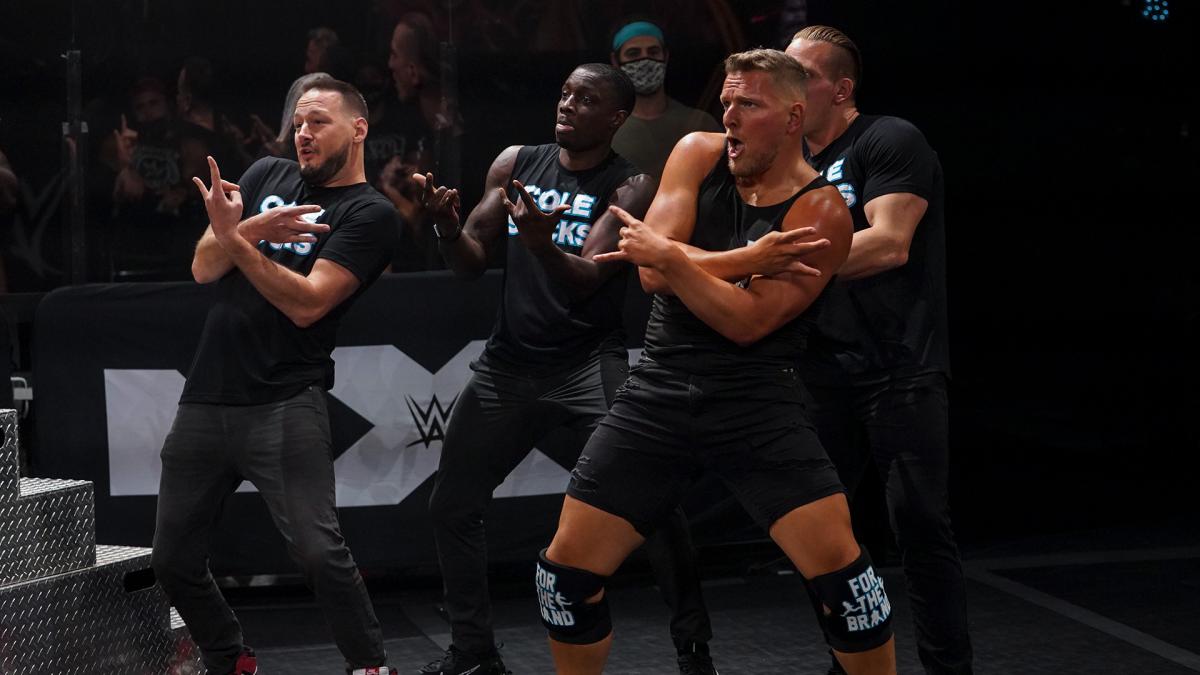 “I absolutely do think we have a good thing going and it will continue onward for sure. There is something really special happening there. As far as Pat goes, he is a unique character. It is funny. Sometimes people will criticize some performers as outsiders. Being a football player is a job he ended up in. The truth is he has been a WWE fan his entire life. He wanted to do nothing more with his life than to be a WWE superstar. He was a great athlete who was also a natural performer. He had an opportunity to make a lot of money in the NFL and he took it. He ran with it.”

“I had no idea about a lot of those things when I first met him but it is the truth. He is so passionate about what we do. It is why he is good at it. His passion shines through. As far as him opening people’s eyes, he is a gifted athlete and he has been a fan his whole life. He is absolutely dedicated to doing this so it is phenomenal to see him perform.”

“He has the bug. He loves it and that is great to see. If you have ever met Pat and talked to him for five minutes, he is the proverbial heat-seeking missile. That is just him. He can go out there and transfer that to TV like few people can. It is not a schtick. It is not an act. It is not anything. It is just Pat being Pat. He has the gift of gab and he loves to perform.” 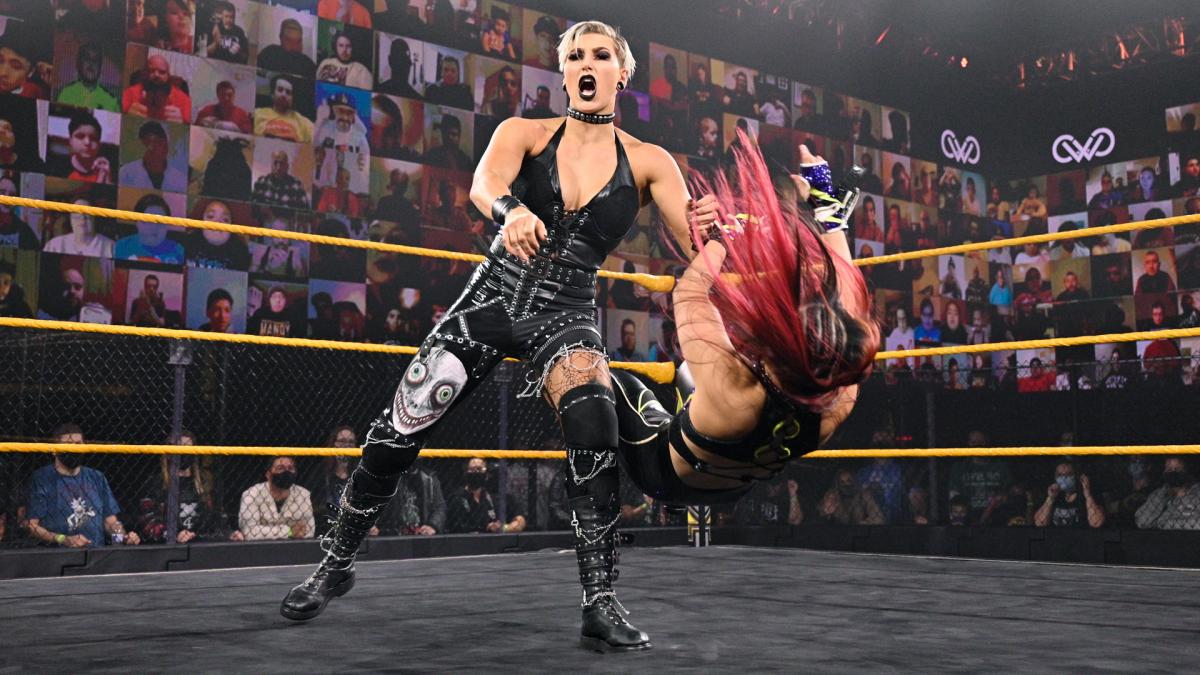 “Everything is changing on a day to day basis. It is hard to plan for next week let alone next month or next year. The one thing about Rhea is that when you are young it doesn’t much to rattle your confidence. When you are young and getting started, things are rolling it doesn’t take much for you to go from an incredible high to an incredible low. You begin to question yourself and all of those things. That is part of maturing in any sport.”

“In the world today, everyone wants to have immediate success and then go very slowly all the way to the end. There are no lessons in that. There is no long-term value in that. If there is no struggle and no strife or difficulties, you don’t grow as a performer. To me, these are all learning experiences. I look at my career. There were moments in time that were amazing and there were moments that were incredible setbacks in my mind at the time. You look at them now and you are glad they happened because if that didn’t happen, this wouldn’t have happened. It is all part of the journey.”

About the WWE working with other promotions…

“At any given time we are open to things. It just depends on what they are. Are they beneficial to us in the long-term? When I say long-term I am not talking about three months or six months. I am talking ten years or fifteen years from now. Is it beneficial? Is it meaningful? That is how we think.”

What he thinks about Danny Burch… 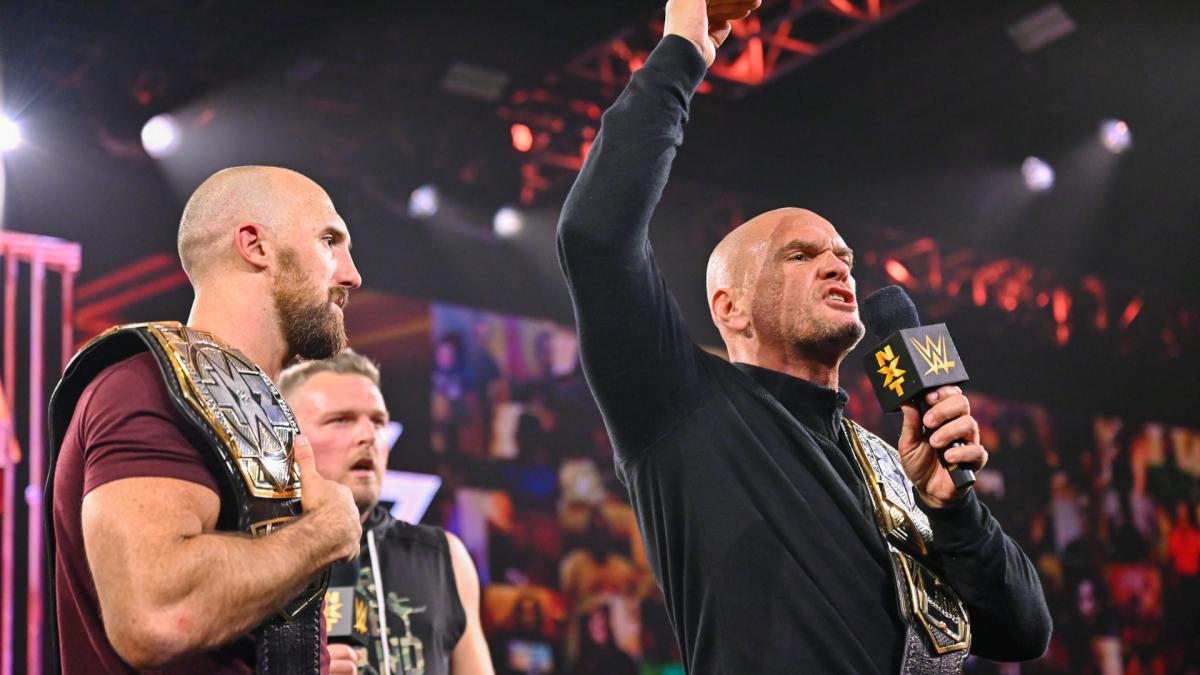 “Danny has always been one of those to me he looks the role and in many ways he is the role.”

“There is something to be said for consistency. Danny is an amazing in-ring performer. He can do it all. It is just that sometimes performers like that tend to float under the radar. They are always consistently good. They always deliver but they are short on delivering on having more flash or pizazz or way of capturing someone’s attention. That long-term consistency in today’s world is sometimes negated. You used to hear the term “mid-card for life” but some many Hall of Fame level, legendary and iconic performers were never “The Guy”. That is a phenomenal place and a valued performer. Who is Danny Burch to me? He is an extremely valuable performer. I see him and think I wish I could have a lot of people who were that dedicated, that professional and that polished.”

Why there was no NXT involvement at Survivor series this year…

“Because of the COVID and the pandemic situation we try to keep things somewhat separated between brands to limit that exposure. Time has gone by but the situation is still the same. That was a big factor in that as well. You don’t want to do that out of the blue. You have to build to that so you need to have a lot of crisscrossing and promotional time together and it just didn’t seem like the right thing to do in a lot of ways.”

Reader Alert: To read HHH’s thoughts on the upcoming War Games matches check out our Countdown on Sunday.

Reaction to the passing of Pat Patterson