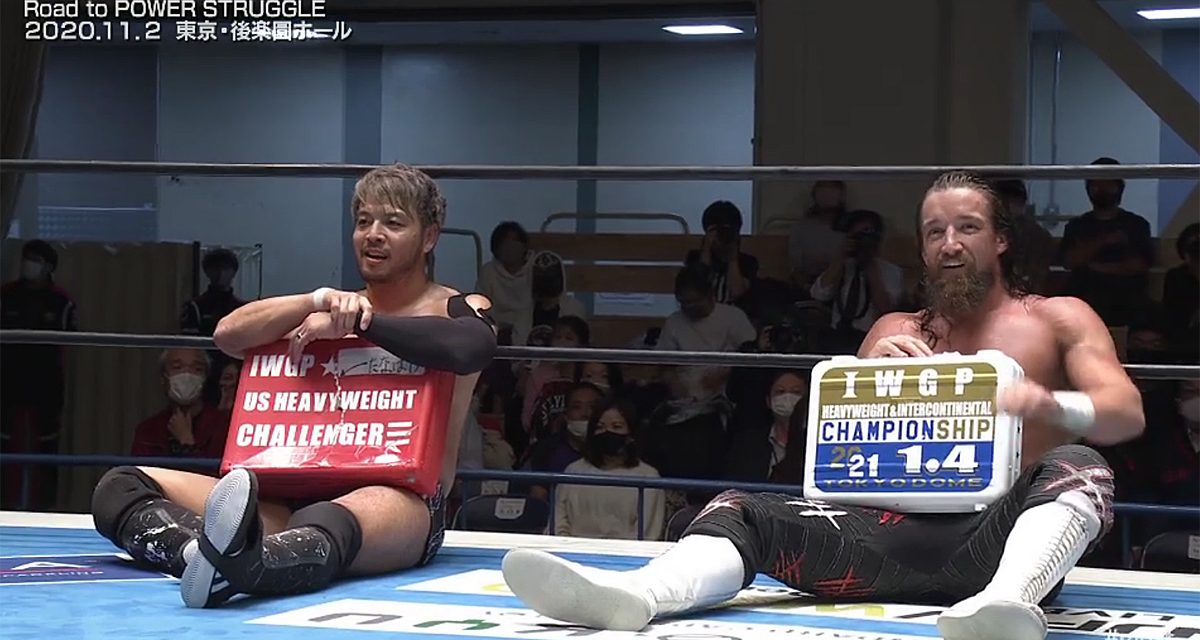 The go-home show for NJPW’s Power Struggle event this Saturday was more about the storylines than the bouts themselves.

This weekend’s card is as follows:

KOPW2020 Champion Toru Yano pushed forward his feud with Zack Sabre Jr. by entering the ring after the Dangerous Tekkers successfully defended their IWGP Tag Team Championships against Chaos’s YOSHI-HASHI and Hirooki Goto. He ripped off all of the turnbuckles only to be slammed into one of them by The World’s Most Electrifying Wrestler.

Saddled with another Young Lion as his partner, Kazuchika Okada went nuts on Great-O-Khan slapping on the Money Clip after their match was over. Khan fought back to his feet using his claw hold.

Will Ospreay super kicked Okada in the back of the head. Khan slammed Okada to the mat. 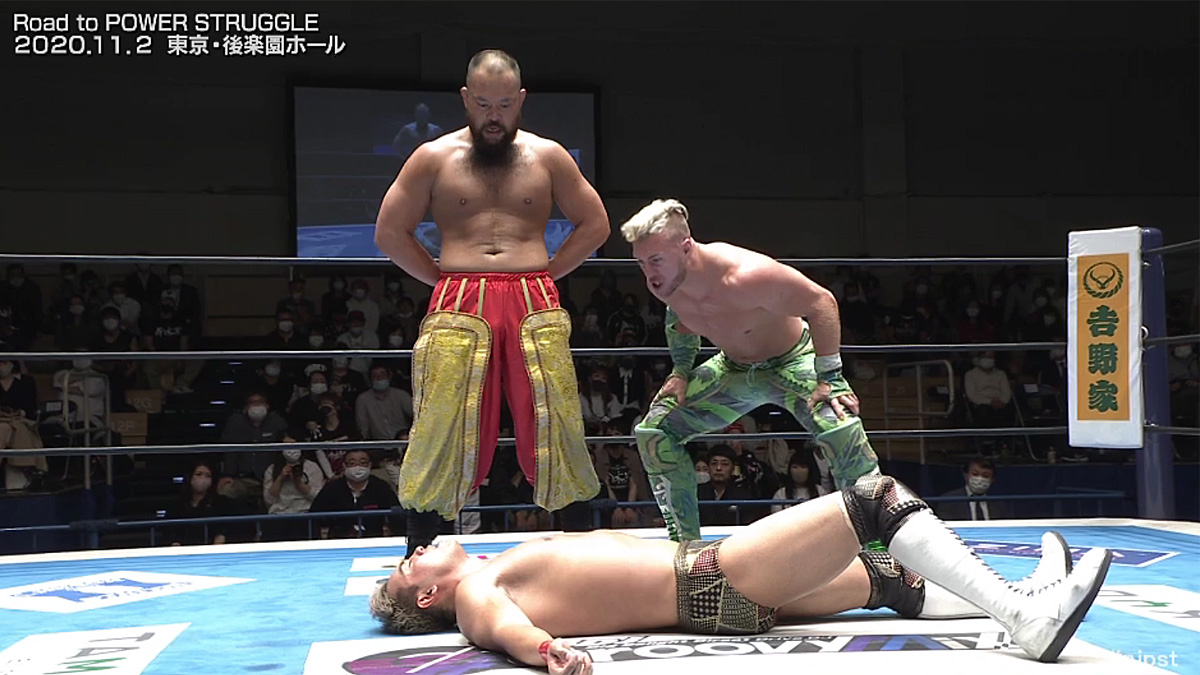 “You are nothing like you once were! You were not a brother to me! This man is a brother to me! He is going to destroy you and you are going to go away! Nobody wants you here anymore! They want the Great O-Khan!” yelled Ospreay as Khan stood over Okada.

Never Openweight Champion Minoru Suzuki didn’t take Suzuki-gun’s loss to Los Ingobernables de Japón very well. He nailed Shingo Takagi with a steel chair and a Gotch Style Piledriver. He then put him in a Boston Crab refusing to break the hold. Suzuki laughed as he stomped Takagi and posed over him with the Never Openweight belt. 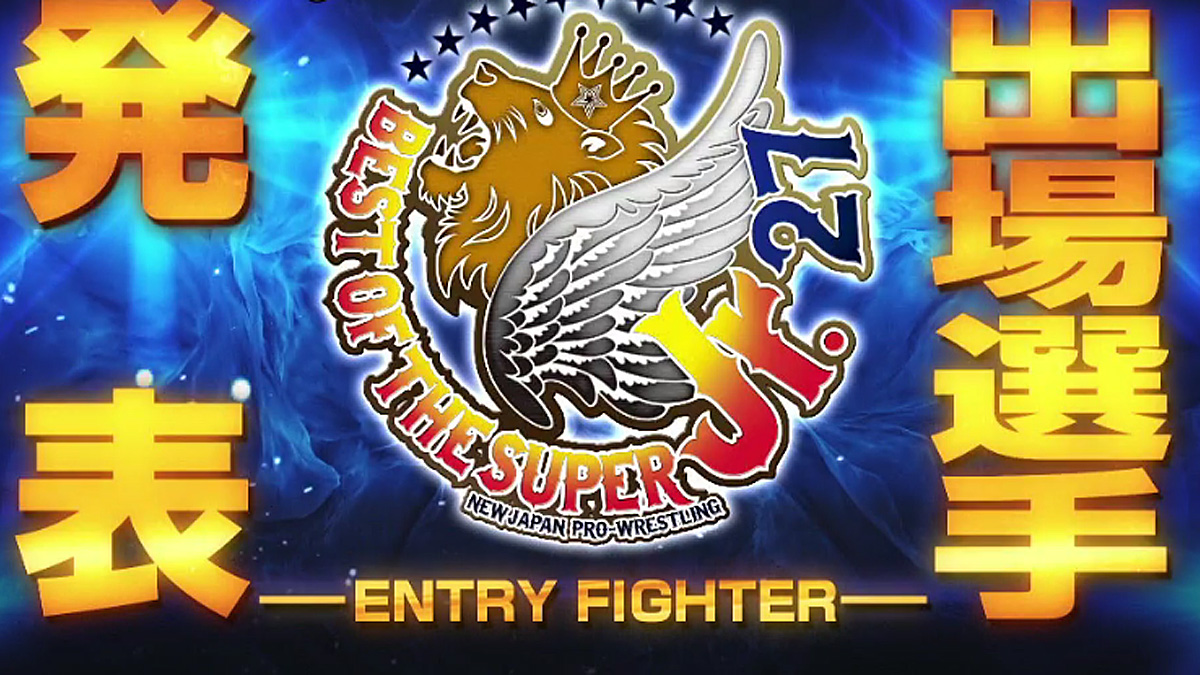 NJPW also announced the competitors for this year’s Best of the Super Juniors 2020 tournament during the show.

The tournament will run from November 15 to December 11 in conjunction with the World Tag League tournament. The competitors will participate in a single block with the top two finishers battling it out in the finals.

Kidd reverses Tsuji’s roll-up. Tsuji argues with the official but no dice there. Kidd tells Tsuji to shove off. These two are the future of the promotion.

Are the other members of Chaos too scared to face off against Empire? Why is Okada teaming with Young Lions? Well, with a Young Lion in the mix you know how this is going to end. Uemura is thrown out of the ring so that Empire can beat the snot out of Okada. Uemura is put away in short order. 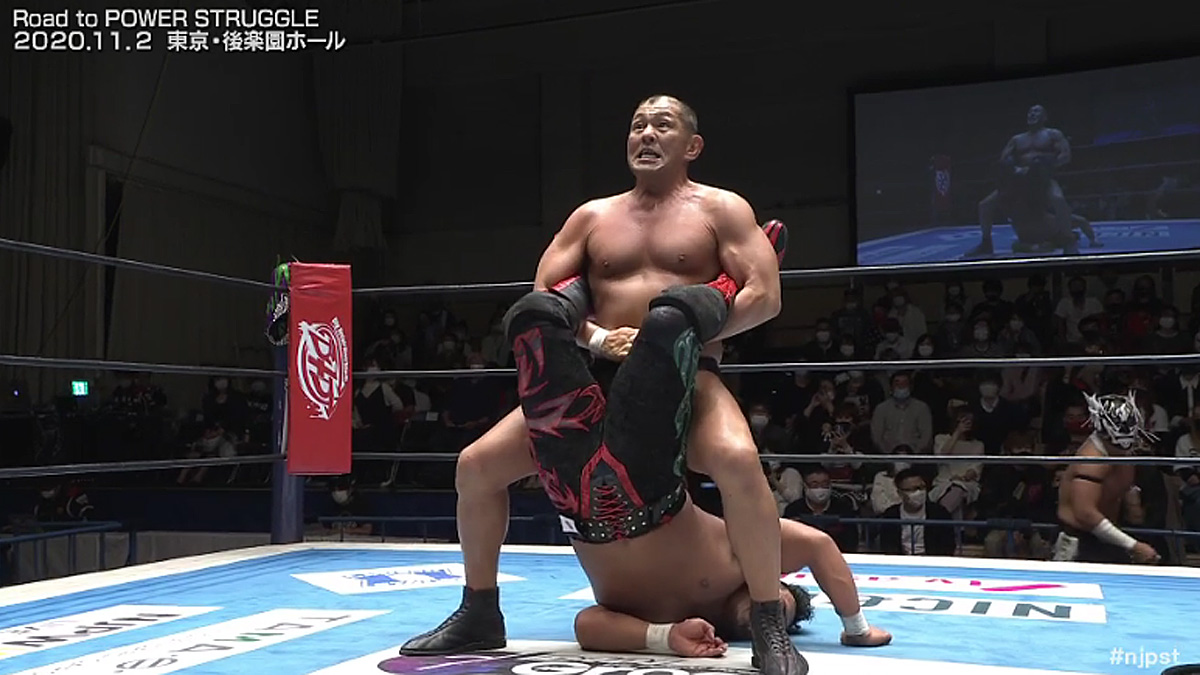 Takagi reminds Suzuki that he is coming to reclaim that Never Openweight Championship. Takagi hoists Kanemaru right over his head and into a Made in Japan drop. It looked a bit sloppy with Kanemaru landing on his neck. Hope he is okay.

Naito takes Yujiro’s pimp stick away from him. Naito and the official fight over it. Naito pins Yujiro with Destino. Naito is bleeding pretty badly from the mouth.