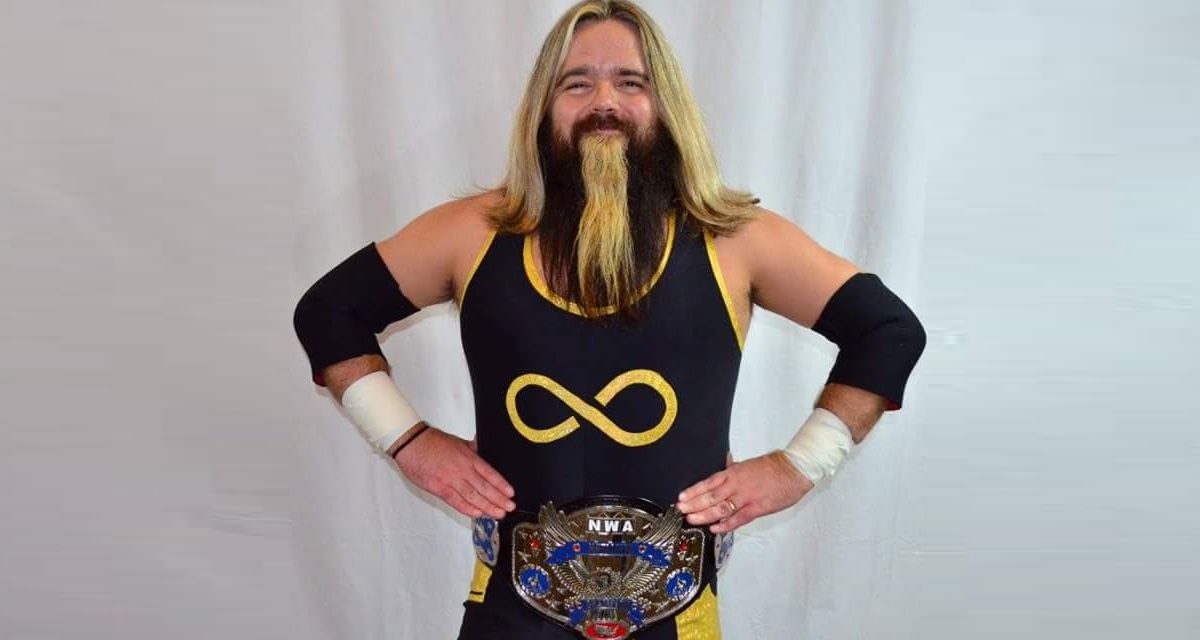 “The Golden Boy” Greg Anthony has been involved in professional wrestling for 20 years.

Over the course of his dual decade wrestling career Anthony has been mentored by all-time greats such as Dr. Tom Prichard and Jim Cornette. Thus, he has earned some notable feathers in his cap: a three-time reign as the NWA National Heavyweight champion; tag team success with partners: “Hacksaw” Jim Duggan and “Beautiful Bobby Eaton while managed by Brian Thompson; In 2016 he won the Cauliflower Alley Club Casino Royale Cup.

But it is his achievements as a booker and promoter that have affected the most lives. 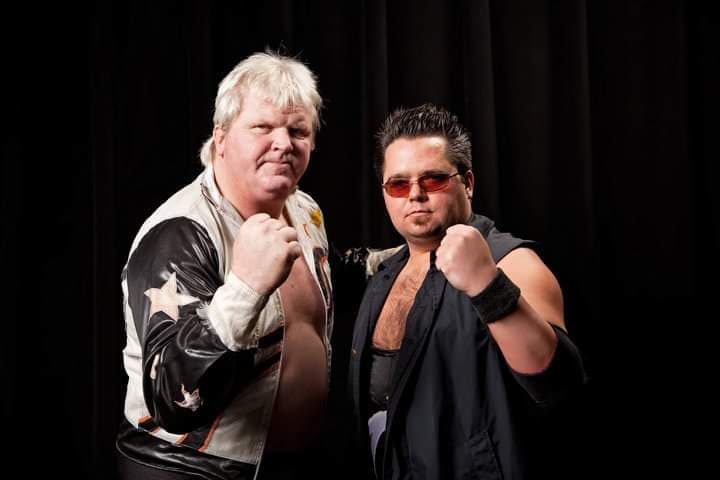 Few independent promoters can claim to run over 100 events per year as Anthony does. The shows are primarily weekly from two locations that are a 30-minutes drive from each other.

It’s a far cry from the usual monthly or every two month formula that is the norm. When most people hear about Anthony’s approach, they question it. “They think I’m crazy. They don’t know how I do it,” Anthony told SlamWrestling.net. “But I don’t know how they do it, having to rely on one make or break show and the waiting.”

Weekly shows used to be the norm in the territory days. In Tennessee, where Anthony’s Pro Wrestling Mid-South is based, things have never changed in that regard. It’s the wrestling he’s always known.

Pro wrestling has always been a focal point of Anthony’s life. His first memory is of watching the sport on his grandmother’s knee. He recalls the TV wrestling of growing up in Southern Illinois of the mid-1980s. “I got WWF, World Class and Crockett. And then we moved to Tennessee when I was six, and then from there flipping through channels one day I got to see [Jerry] Lawler and [Bill] Dundee on Memphis.” The weekly event remained a Memphis area staple to this day for Anthony’s and other promotions. 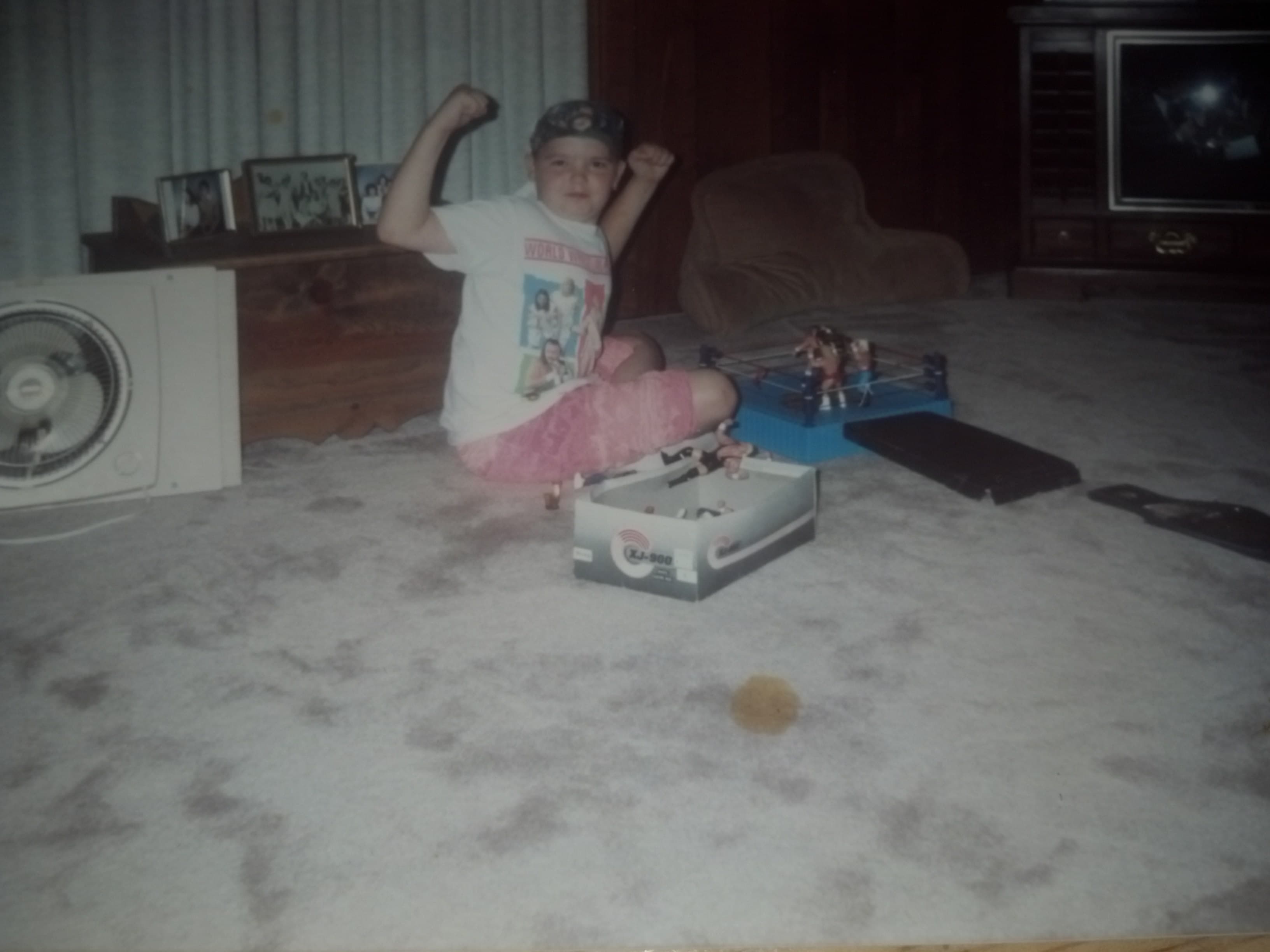 As a child Anthony was a fan of any and all wrestling. “I thought every wrestler was a superstar, period… Hogan was the champion obviously, but I was enthralled with Koko Ware, Steamboat [they] were all stars to me.”

His taste in wrestling merchandise followed suit. “Pretty much every birthday or Christmas, they knew to buy me something wresting… action figures and the foam NWA world titles, I had bandanas.”

And the greatest treasure? “They bought me the book The New Pictorial History of Wresting. I carried that book everywhere. I still have it today.”

It isn’t the only thing in Anthony’s collection today. He has accumulated some notable gems including a Dallas Sportatorium arena seat gifted to him by referee James Beard. He also boasts a collection of programs, thanks to another colleague. “One of the guys that broke me in, Alan Minick, he makes [Pro Wrestling Mid-South] programs and he has a huge collection. I have a program from when Orville Brown was first NWA champion. I’ve got a program from the day I was born from Texas that I always wanted.”

Upon breaking into the business, Anthony was not tuned into the merchandise department of the industry. Most wrestlers start their careers in the protagonist role as a babyface. Anthony however “broke in backward as a heel. For the majority of 15 years. I didn’t want people to buy my merch, I wanted to be hated… I’d rather have the heat than have the money. But I saw how important it was for the babyfaces.”

His dedication to driving the heat meant less ways to monetize himself. “If I’d have been smart enough, I could have negotiated. That was the kind of thing [from] in Memphis or the territory days — heels would get paid more.” It was a lesson. 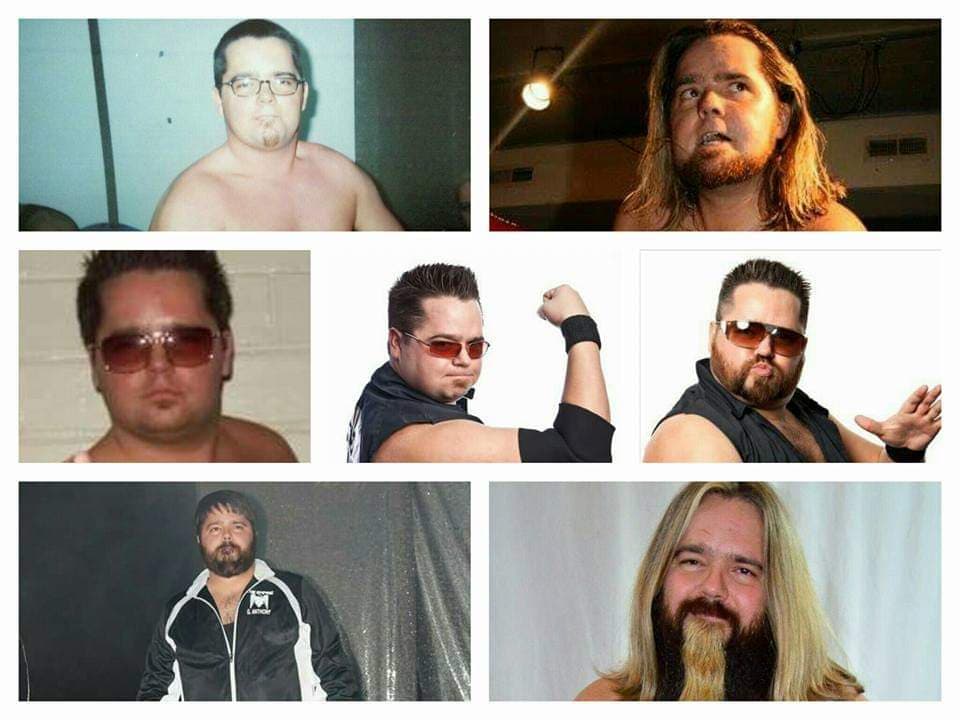 Years later, as a promoter he would implement merch as often as possible. “I’ve always been a booker of some kind, either part of a committee, or the booker would ask me what we should do. I got into the promoting side in 2010ish. There’s always concessions [and] there’s t-shirts. What I’ve found is important is to have something for a dollar.”

Varying price points are key, and he offered examples. For collectors, he currently has replica pins of Mid-South’s Unified Heavyweight Title at $10. In the past he has capitalized on local trends like hair scrunchies for a dollar. Children usually do not have much money allotted to them to spend at the gimmick table, but want to leave with something. He runs a family-friendly product so providing these options is important to him.

Anthony’s weekly Tennessee shows start on Friday in Ripley and then Dyersburg on Saturday. “Dyersburg, my hometown had a bad rep for wrestling. There was alcohol drugs and a lot of negative stuff going on, I didn’t wrestle in this area for almost eight years. When I  started promoting I wanted to clean up that whole negative image that’s why we’re a family-friendly show and do the things the way we do.” 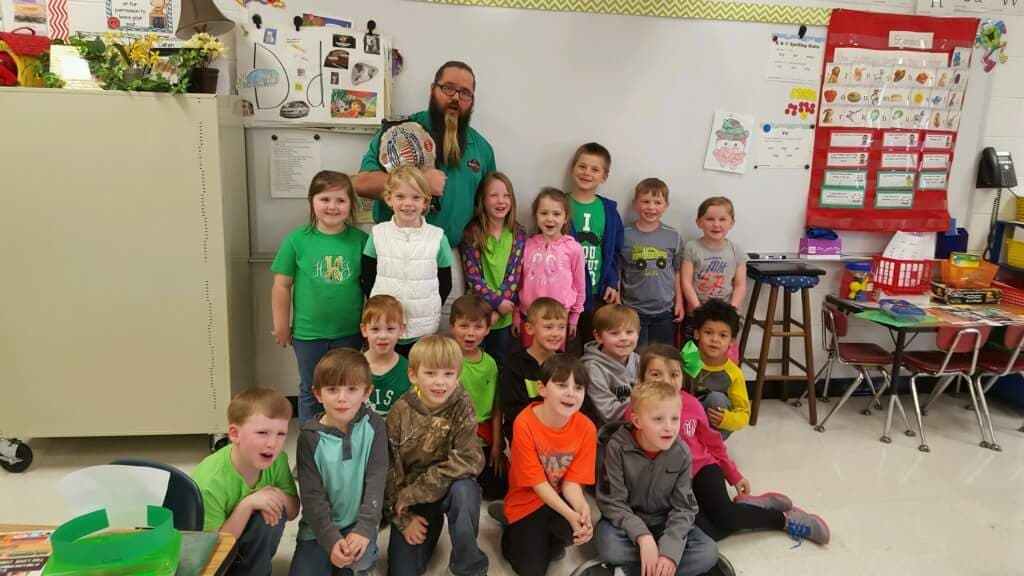 Building upon family and community has led to perhaps the most important aspect of Anthony’s business model: Sponsorship. “I have 25 sponsors. To my knowledge it’s the most sponsors I’ve heard of for a wrestling show. We have a dentist’s office, insurance agency, restaurants, a little bit of everything in town. Some people sponsor because they know me, some because they like wrestling but sponsors are a huge part.”