B.C. referee Gary Allen was ‘The King’ and one of the boys 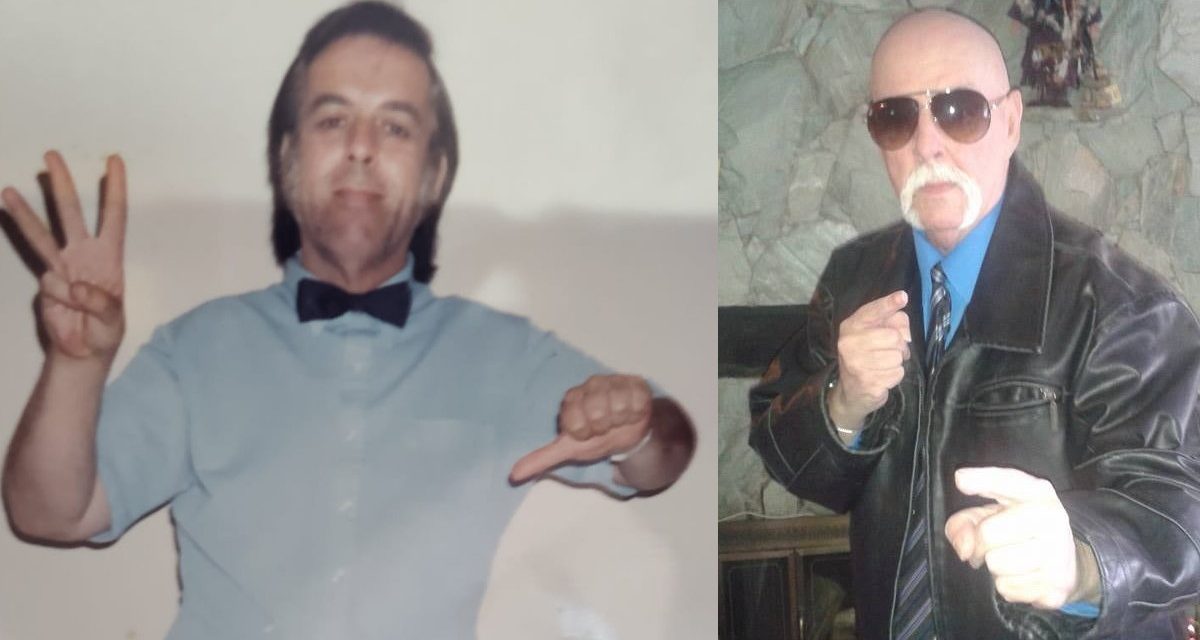 Gary Allen said this to me in the middle of the ring one night. Al Tomko had brought in yet another guy to try out in his All-Star Wrestling territory, which was based out of Vancouver, British Columbia.

Al had sent me to the ring with this guy. I don’t remember his name but I do remember Al telling me to protect myself and not let him hurt me, just in case. Of course, Al was right, it was a fight-for-your life night. The kid was greener than grass (as was I in my first matches) and by the end of the contest I had to tie the guy up to pin him. And with that, Gary was disgusted. Probably a lot more so than I was.

But this was the beauty of Gary Allen. This was a man who loved the business and the boys more than anyone else I know. And, he did this unselfishly with nothing expected in return.

Gary Allen passed away on October 22, 2020, from many health issues that he has been battling, complicated by COVID-19. He had fought a very courageous fight and had a lot of love supporting him and cheering for him in this fight. 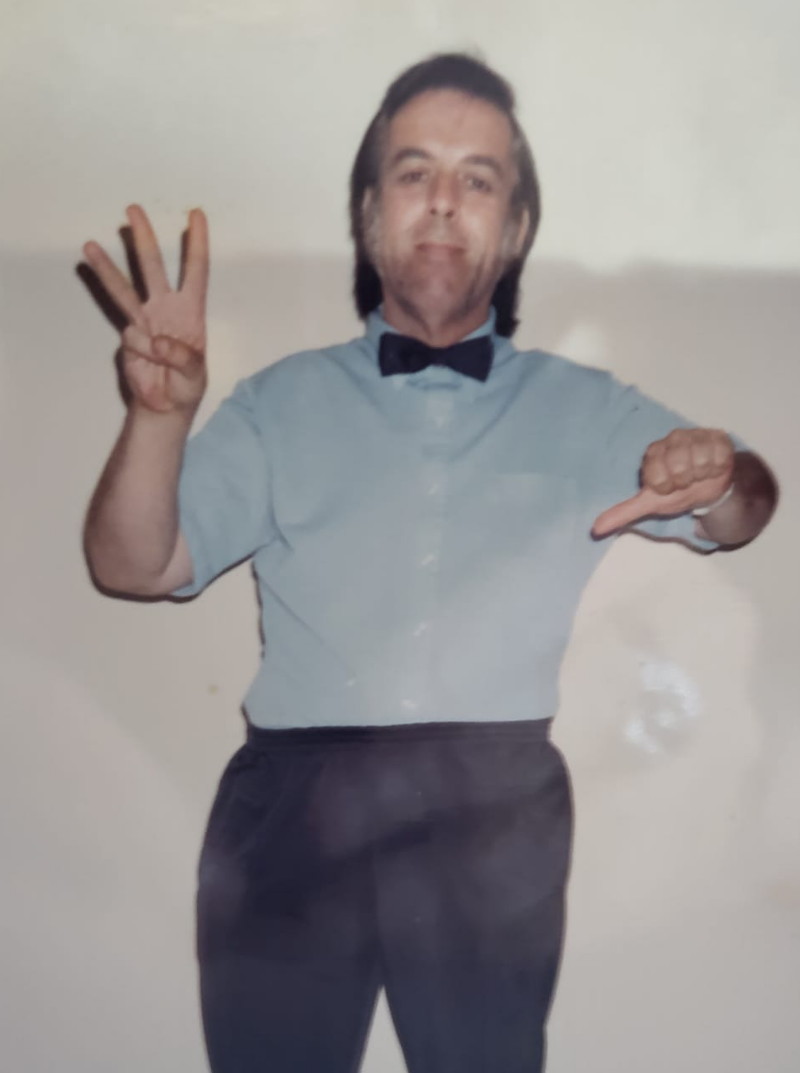 I first met Gary around in either 1985 or ’86, in either my first or second time into the Vancouver territory. When I met him, I remember thinking he was really nice, super cool and very unique. I thought to myself that he looked a little like Elvis Presley. Apparently I wasn’t alone. Gary was known for years as The King.

So how over was Gary? Well, how many referees do you know who have their own entrance music? The King did. And, yes, he loved it.

Like a lot of other wrestlers, I used to wrestle in Vancouver in the mild winters. Once Al would start winding down, we would head to the Maritimes in the summer. But if there was one person we would call from out east — The King. And we called him because he was the glue of the territory.

How well respected was Gary?

Well let me put it this way, he was over.

Here is a story that few people know.

At one point, John Tenta, finally got a tryout for the WWF. We were both based out of Vancouver at the time. John and I had a great relationship and I knew that he also loved Gary. John had come back to Vancouver after his tryout match. Vince McMahon told him to hold tight, that he would come up with a gimmick for him.

When I wrestled in Vancouver, I always had a radio show on the NHL and a newspaper column. I considered myself a business entity and would tie in the wrestling show on BCTV with everything else.

After being back in Vancouver for a couple of months, John was getting really frustrated with sitting. He couldn’t wait to finally get his WWF shot, and the silence was wearing him out.

One day John called me up and asked me to meet with him. He dropped a bombshell on me.

John told me that he was done waiting for Vince McMahon. He told me he was going to start his own territory in Vancouver. He added that he had the backing of Japan, where he was still a star, dating all the way back to his sumo days.

Then John told me that he wanted me to come and work for him in his office and help him run it. He said he loved my business mind. It was an interesting idea and asked him if he was going to bring in anyone else. The only person that John named that afternoon was Gary Allen.

John and Gary had a relationship that was so strong that John didn’t think twice about bringing him into the deal. He asked me what I thought and I was 110 percent in.

You see, the reason I was in was that there are very few people I have ever met who loved the business and the boys as much as The King. He loved everything about it. He loved the boys and would shy away quietly from those who talked bad about it. Many a night, I would look over at him when a fan would tell us how fake it was, and see the hurt he felt and give me a quick head shake.

Vince called John before the venture got off the ground, and I loved seeing my friend as Earthquake in the WWF, but I never forgot his dedication to Gary. 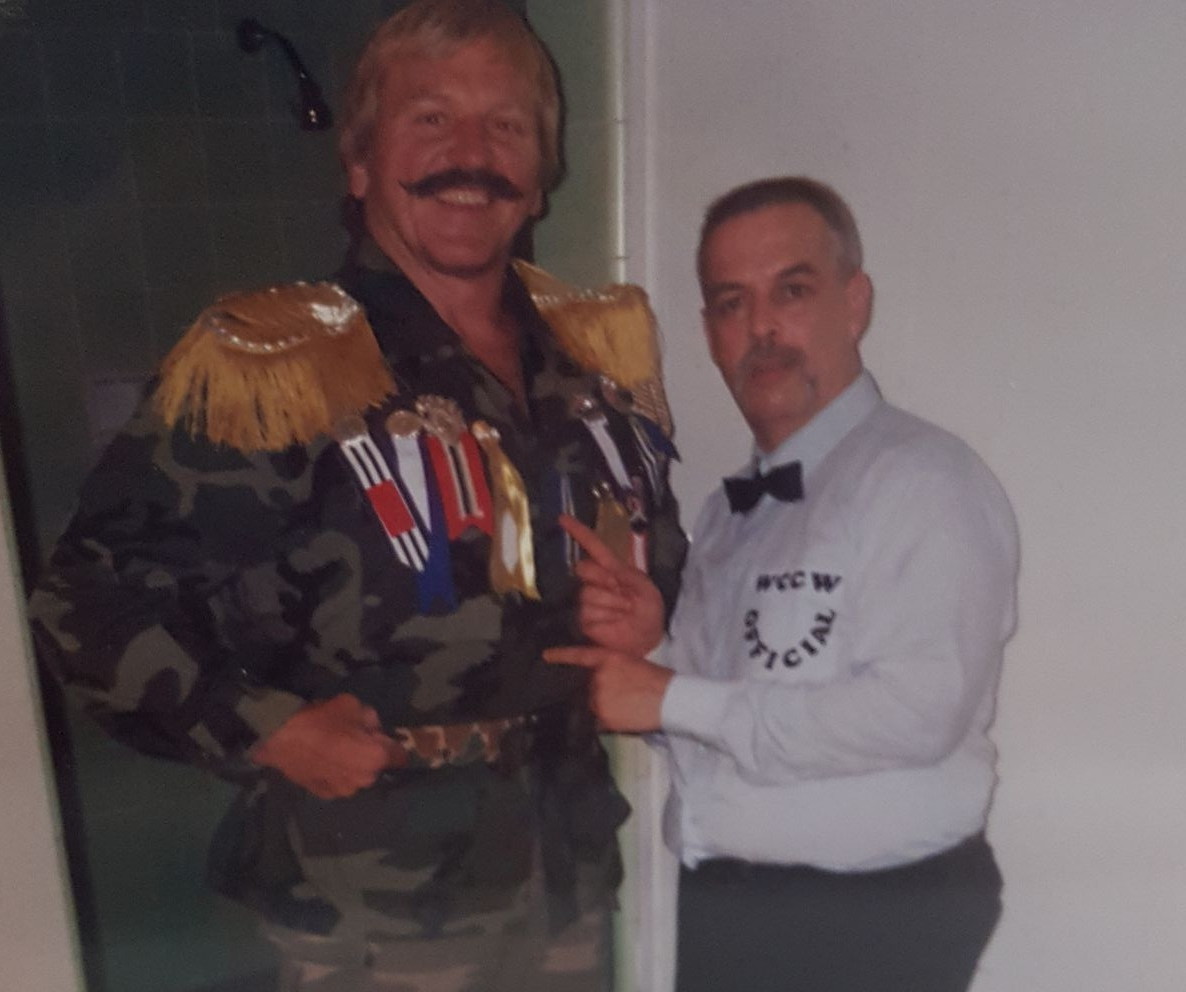 Gary’s work in the ring, when he was reffing, was second to none. He would help the guys out in a bad spot. For those who were green, he would guide them through in an effort to make them look good.

Promoters responded. He worked too many big matches in his career to begin to even talk about. He was absolutely selfless in the ring and could make you look like a million bucks. Many have no idea the ref is in a match. Real workers do. And Gary had the respect of all of them.

But you know who Gary loved more than the boys? His family. In the middle of all the craziness. And the 1980s were a very crazy time, Gary always stayed grounded. He constantly talked about his family. Late at night, when the boys were ready to take a walk down Zombie Street, Gary always did the smart thing and headed home. The boys absolutely respected him for that.

To be very clear, Gary Allen was one of the boys. But Gary was one of the few that knew how to walk the line that included his family. Very few people knew how to do that in those days but he excelled at it and that is what defined him most.

King, the world is a tougher place now without you in it. But one thing I know for sure, I’ll see you down the road brother. . .