In these days and times, everybody has to make last-minute changes. Even Paul Levesque, the Executive Vice President of Global Talent Strategy & Development for WWE, has to be ready.

During a media conference call on Wednesday to promote NXT TakeOver 31 on Sunday, he discussed how WWE has dealt with COVID-19 issues.

Recently, talent was not available at the last minute for the Clash of the Champions special, and the Performance Centre in Orlando, Florida, was shut down briefly due to positive results. The man also known as Triple H, gave an update: “The Performance Centre is back to functioning normally, but like everyday life, we are doing our best to keep everyone safe. Our performers, our staff, everybody that walks into that building is our top priority to keep them safe. Not only in our business, in every promotion out there, but of every sport, every team, every walk of life, everybody is doing the best they can to move forward in this, and that is exactly what we’re doing as well.”

To heighten the fast-moving times that COVID-19 can cause, HHH had to reschedule the Clash of the Champions, which was originally set for September 20th and was moved to September 27th. Other last-minute changes caused the card to be re-written just hours before showtime due to Nikki Cross, Nia Jax and Shayna Bazler not being available as announced on the Clash’s pre-show. The WWE Women’s Tag Team Championship match to be cancelled entirely as the champions Jax and Bazler couldn’t defend their titles. (What happened to the days when the title holders would be stripped of their titles when they couldn’t defend their championships?)

The creative team is bearing the brunt of the switching around. “Stuff changes on a week to week basis, right now. And sometimes day-to-day. So you really kind of try to put the pieces together and get to where you can get to,” he said.

That ties into the recently announced WWE Draft. Levesque didn’t know how it would affect his baby, NXT. “The draft is coming. I’m unsure. So you, like myself, will have to stay tuned and wait and see. The draft’s always an exciting time because you can get new talent, fresh matchups and everything else. So I like you he will be sitting back, waiting to see the excitement unfold.”

The WWE is running shows in the Thunderdome, at Orlando’s Amway Center, but it is not a true “bubble” such as the NBA and NHL have run successfully. Those who have broken the rules are quarantined, not punished. “We are very much urging our performers to social distance, to keep away from others, to stay inside that bubble, everybody is doing the best they can,” said Levesque. “I’m not thrilled when people do things that they’re not supposed to.”

As when he praises on-screen talent, Levesque put over his medical team. “I’ll put our protocols and our medical up against anybody, and we’re doing everything we can to keep everyone safe. And that’s really the key to this thing.”

And, the pandemic does not respect political borders. NXT UK had been shut down for months, and only just re-started, in partnership with BT Sports, setting up its ring in the BT studios.

“We’ve kicked back off in the UK in a big way. I think those shows have been great so far with our partners at BT, who I can’t say enough about, allowing us into their studios and being able to get back to doing what the talent there do,” said Levesque.

The Heritage Cup is getting underway, and Levesque detailed that event. “That will be a tournament there that will be in British rounds. So all matches will be consisting of six three-minute rounds, the matches are two out of three falls. It’s is a very unique, a very European style. This is something that we’ve talked about since the beginning there — [William] Regal, myself, Shawn Michaels, Jim Smallman, Johnny Saint, have been a part of these conversations, about wanting to bring this format out into the mainstream. This Heritage Cup will be something special, especially for UK fans, and fans that are into the historic background of these things. This is very British and very European and I think it’s going to resonate in a big way. It’s different and I think it’s going to be great.” 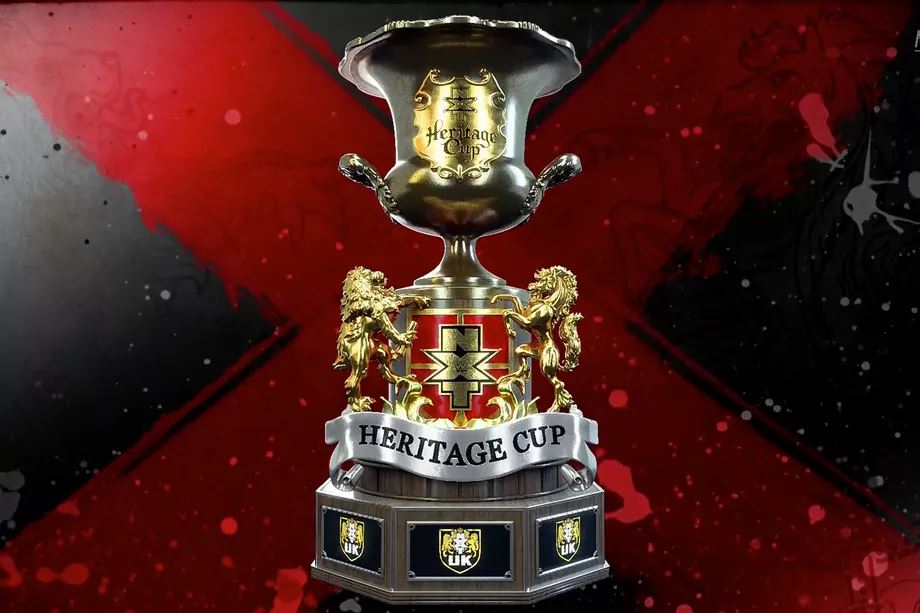 Not all the NXT UK talent is available, though. “I would like nothing more than for this all to go away, and we go back to doing what we do,” he lamented.

Restrictions on travel and availability of locations is a headache, and he relies on help navigating ever-changing waters. “Believe me, we have a team here that specializes in all the immigration issues and travelling and everything else, and I call them on a daily basis; I’m sure they are tired of hearing from me. We are checking every single day to see what we can or cannot do because it changes.”

But the end goal, even under the most trying of circumstances, is always the same.

Watch for Levesque’s thoughts on NXT TakeOver 31 in the coming days.

— with files from Chris Dunn