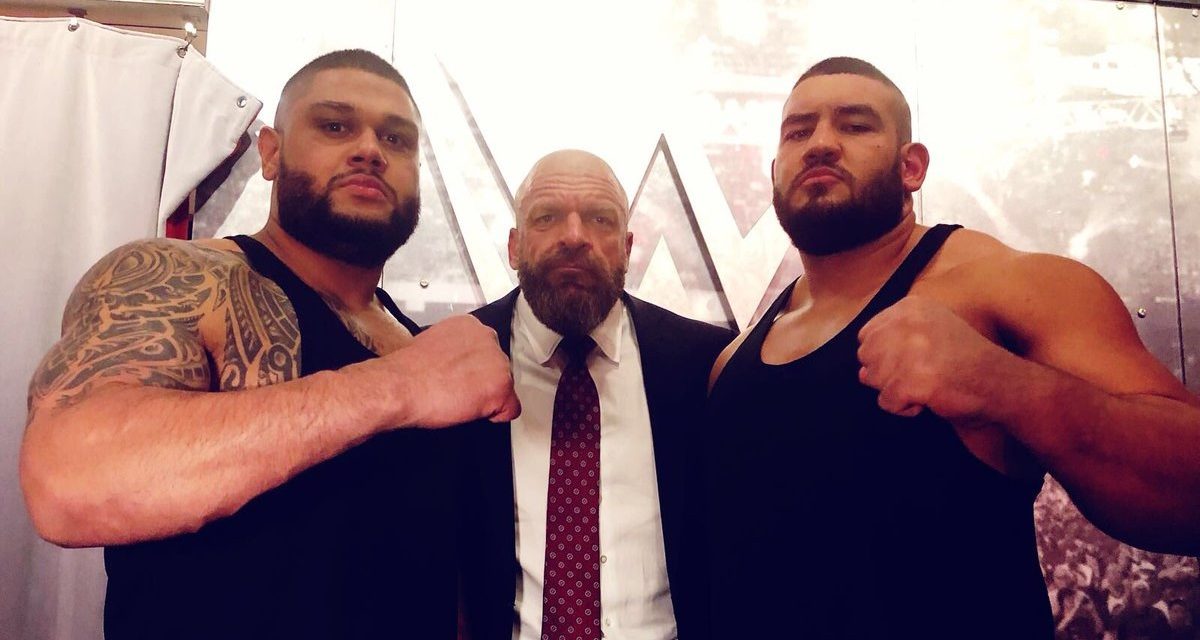 On Friday, WWE announced that the Authors of Pain – Akam and Rezar – have been released. “We wish them all the best in their future endeavours,” read the customary notice.

Akam (real name Sunny Dhinsa), a Canadian, was paired with Rezar (Gzim Selmani) when the two of them were both in NXT. In 2016, legendary manager “Precious” Paul Ellering joined the combination, and the team was quickly propelled to the top of the roster. They won the 2016 Dusty Rhodes Tag Team Classic tournament, and in January 2017, captured the NXT Tag Team Championship.

Ellering was dropped from the act shortly after the team moved to the main roster in 2018, and instead the duo was managed by Drake Maverick.

In November 2018, they beat Seth Rollins in a 2-on-1 handicap match to win the RAW Tag Team Championship. An injury to Akam kept the duo out of action until 2019, when they made their return at Super Showdown, competing as individuals in a 51-man battle royal.

Later that year, they were featured in a series of vignettes where the two were decked out in suits and spoke in their native tongues, warning other teams of their imminent return. Some observers compared their new personas to be similar to those of the “The Cousins” on the TV show Breaking Bad, as mysterious bad-ass hitmen.

Under those personas, the two of them were briefly aligned with Seth Rollins, but an injury to Rezar earlier this year took them off of TV, and there had been no mention of them until the announcement of their release.