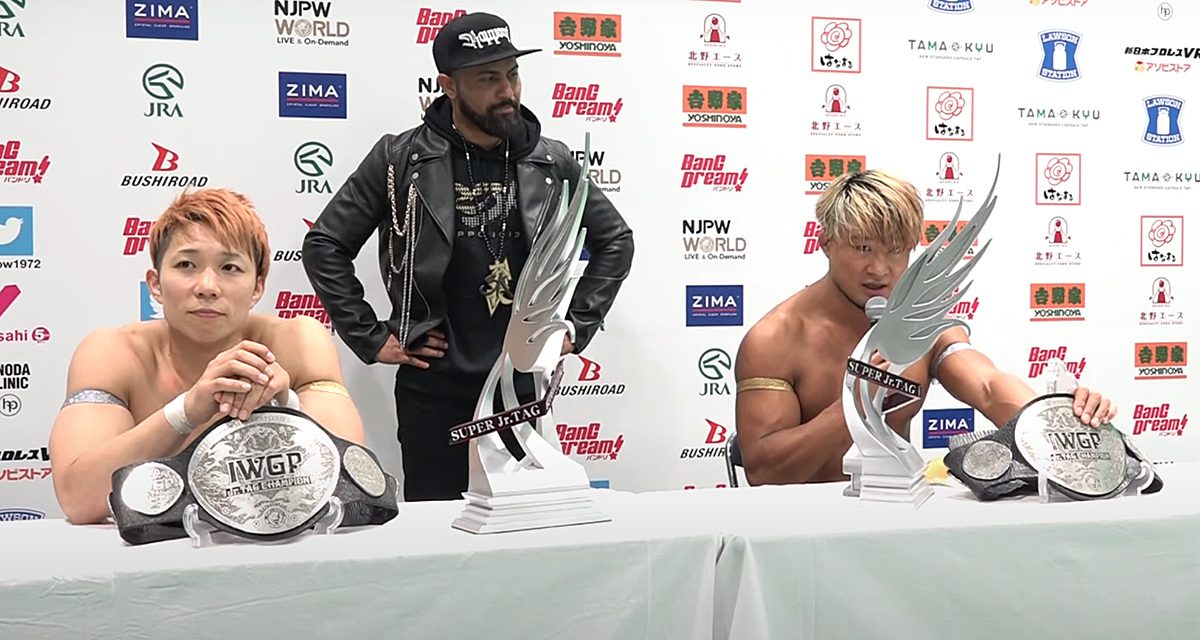 Yoh injured his left knee during his match against Bushi in the first round of the New Japan Cup leaving the team unable to defend the straps. He tore his ACL during the bout and has been out of action ever since.

New champions will be crowned in a tournament to be held during the New Japan Road tour coming in September. Four teams will be participating.

The final match to crown new champions will be held on September 11 in Korakuen Hall.