Behind the Gimmick Table: Kaiju Big Battel makes it on merch 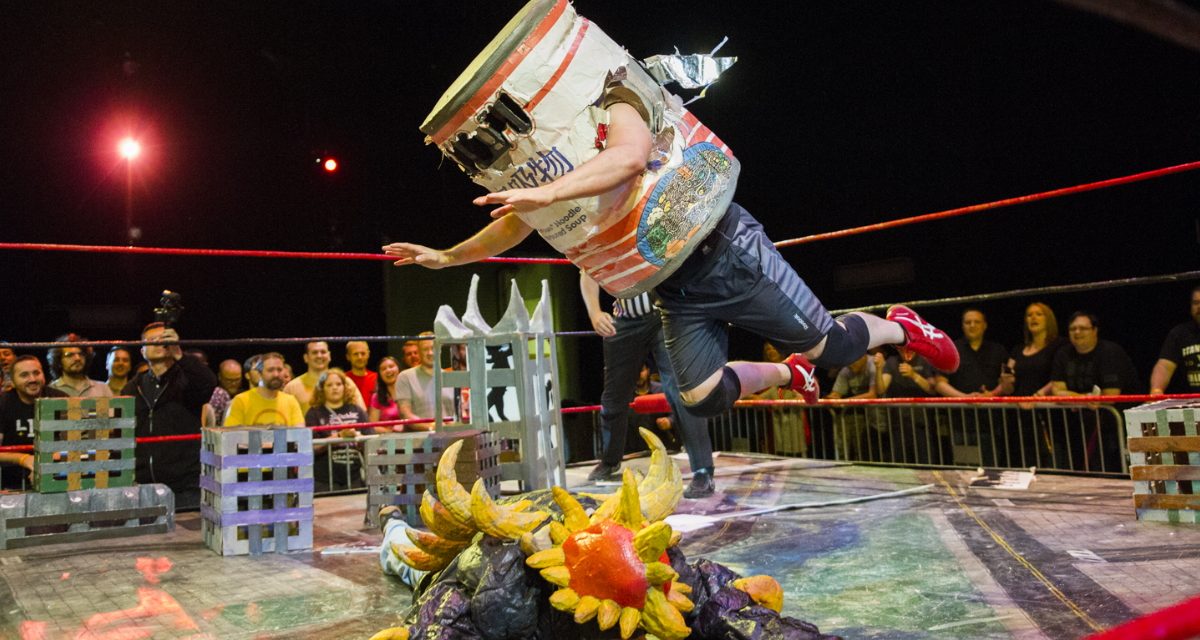 Randy Borden isn’t a wrestling fan(atic), he never was. It may be for this reason that his venture into professional wrestling has been so successful. 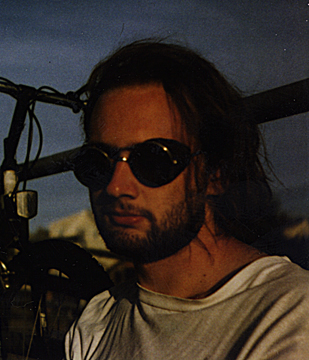 Although certainly purists and even some of the most open-minded fans and critics may disagree that his brainchild, Kaiju Big Battel, qualifies as pro wrestling. Its success, however, is not disputable.

Kaiju Big Battel is based out of New York and started in 1994. It is the world’s only live monster mayhem spectacle. They are a character driven, tongue-in-cheek hybrid of American pro-wrestling, Japanese monster-movies, and veiled social commentary. Their multi-media events, complete with over-sized monster-movie props, a towering miniature cityscape, and a cast of mind bending characters is a part of the World Wrestling Network. 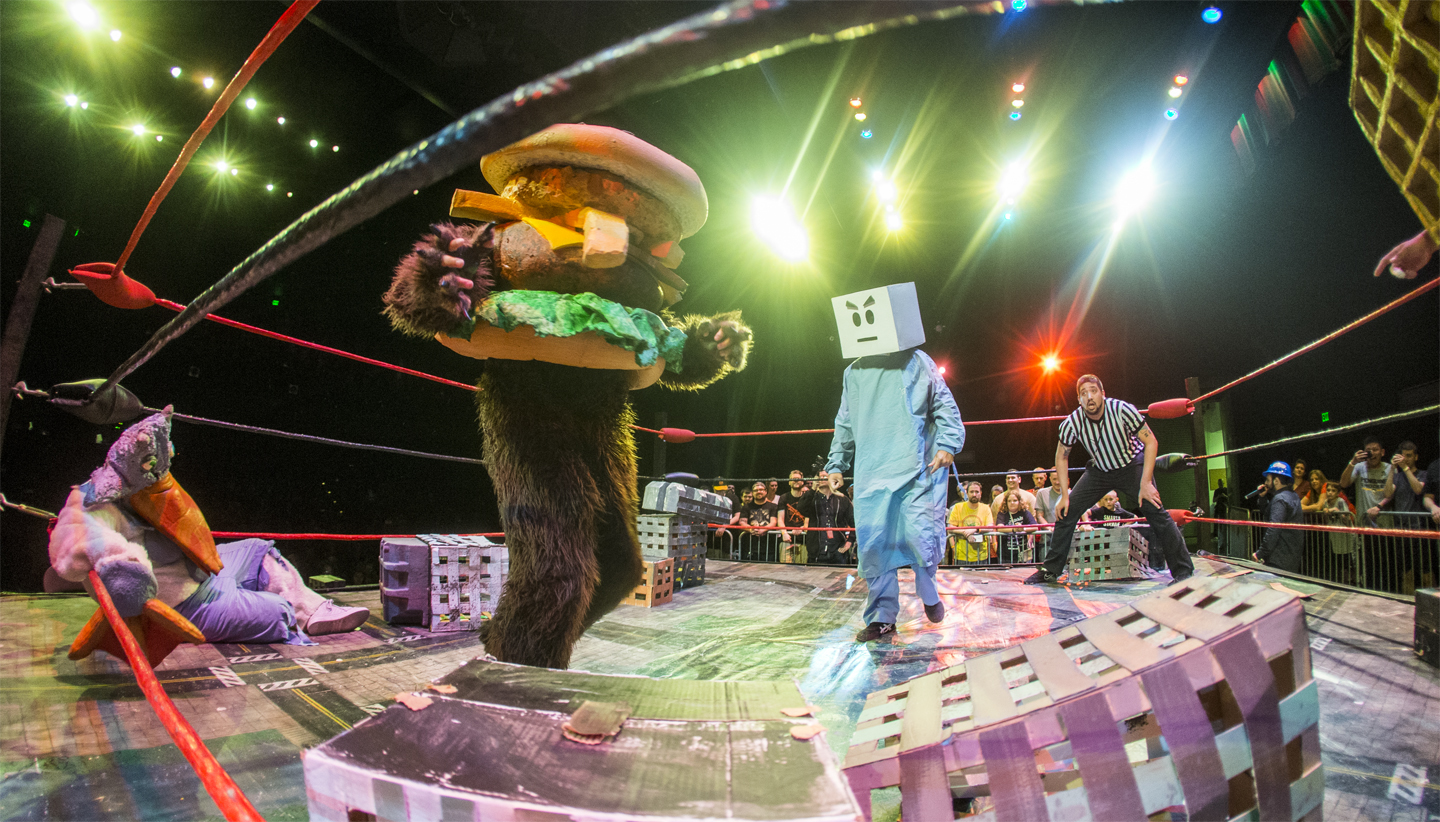 The ultimate decision to present giant monster combat in a squared circle filled with cardboard buildings was not Borden’s original plan, nor B… or C.

Borden told SlamWrestling.net that his first wrestling event in the early 1980s “was at a high school gym before [WWF] really took off. I remember Andre the Giant was there and ‘Superfly’ Snuka and Jake ‘The Snake,’ I remember him because of the snake. I wasn’t invested. I watched because my friends did.”

But his other childhood interests were very much in tune with the Kaiju Big Battel subject matter.

A selection of Microman/Micronauts Action figures

Borden grew up as a big fan of Japanese culture — but he didn’t know it.  It was only later that he found out his favourite toys such as Micromen and Godzilla and TV shows such as Starblazers and Battle of the Planets originated in Japan.

Despite this unintentional theme throughout his fandom as a child, his collecting was otherwise erratic.

“My brother and I would work in the yard and get $3 an hour. Then we would go to the toy store and buy whatever we wanted. It depended on how much cash I had and what they had. When I was in college, I went back to get them but they were gone. The toys did not survive because my Mom had a daycare centre and they went there. That’s when I started buying them up again, seriously collecting.”

Borden was a double major in college at the museum school in Boston: sculpture and printmaking. Initially his Kaiju project was to be a collaboration with his filmmaking friends. But after he created a plan including storyboards, mini sets and a few costumes he realized the others were not as passionate about this ambitious project. The project morphed into a stage performance at a Halloween party.

He was asked to do it again at the printmaking symposium. There was no stage this time, so Borden came up with the idea to do it in a ring. And not just any ring …

“For those initial Kaiju events we rented the original WrestleMania ring from Killer Kowalski, who bought it off [Vince] McMahon. He was very indifferent on the phone. A nice grumpy old man.”

From its infancy merchandise was integral to the survival of Kaiju Big Battel. “Because the costumes are expensive I needed to raise money to make more,” said Borden. “I used the equipment at school to do it. I used the screen printing shop and made the shirts myself. But the first merch was trading cards. I was one of the few students allowed to use the industrial offset press by themselves. We sold them $1 a pack.”

Kaiju Big Battel has merch for the brand itself as well as the characters, and has run the gamut during its quarter century plus history: hoodies, shot glasses, mini-disco balls, women’s underwear and, foreshadowing a pandemic 16 years earlier,  surgical masks, which they first released back in 2004.

Much of the Kaiju Big Battel merch started as unlabeled items purchased in bulk to which they added their own labels to. “A venue was charging $4 for water, so we sold it for a dollar, the venue didn’t care because we branded it as Hellmonkey’s Hellwater,” recalled Borden. “We did the same thing with Poison Juice which was lemon-lime soda based on a Kaiju’s Muta-like poison mist attack.” 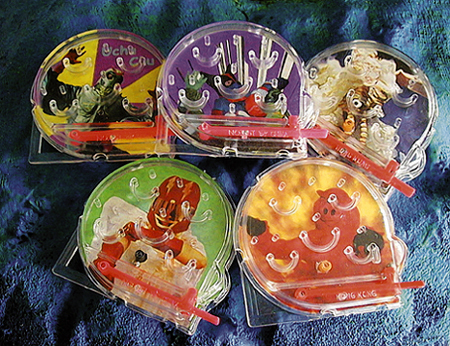 Some of the re-labelling required a bit more ingenuity, like for pinball games, “We got them from the dollar store, popped off old backs and put on new backs. Cost a dime each and sold for a dollar,” confessed Borden. 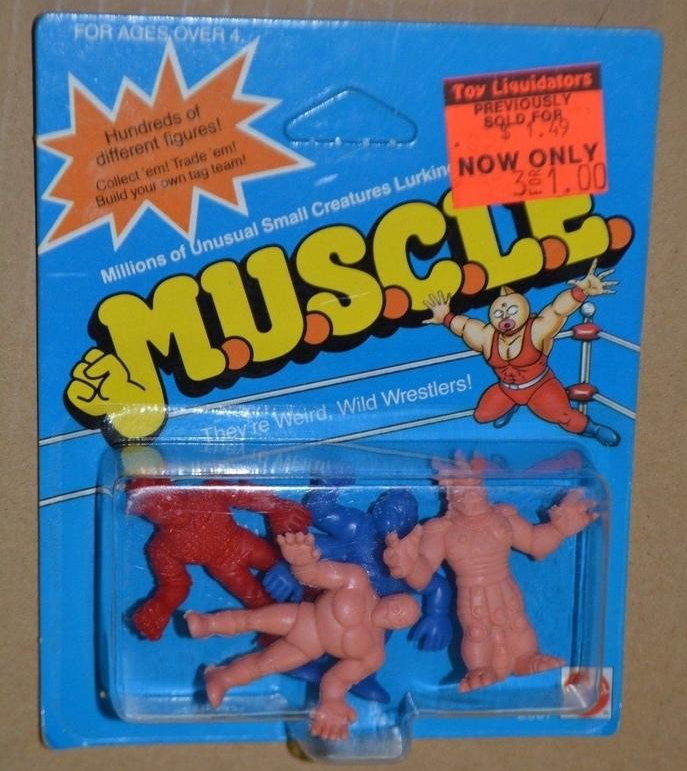 Other merchandise was not so simple. The keshi project started in 2004 and would not see release until 2018 after many stops and starts. “I always wanted to do it. Always loved MUSCLE. I was too old to play with them but bought them and put them on a shelf in my room. My friends collected them too,” said Borden. In 1998, he made an initial attempt by sculpting some out of wax and cast a small batch of them himself. “They were more like army men than keshi. It was too much work to do myself, five or six, or 10 hours of work. Years later my friend’s brother started a toy company that’s still going. He had a factory in China all set up. I had to order a minimum of 10,000 figures, a $50,000 investment, I couldn’t afford it at time.” They would become a reality after a successful Kickstarter campaign. Today Series 2 has just been completed in China and is set to be shipped to the United States soon. 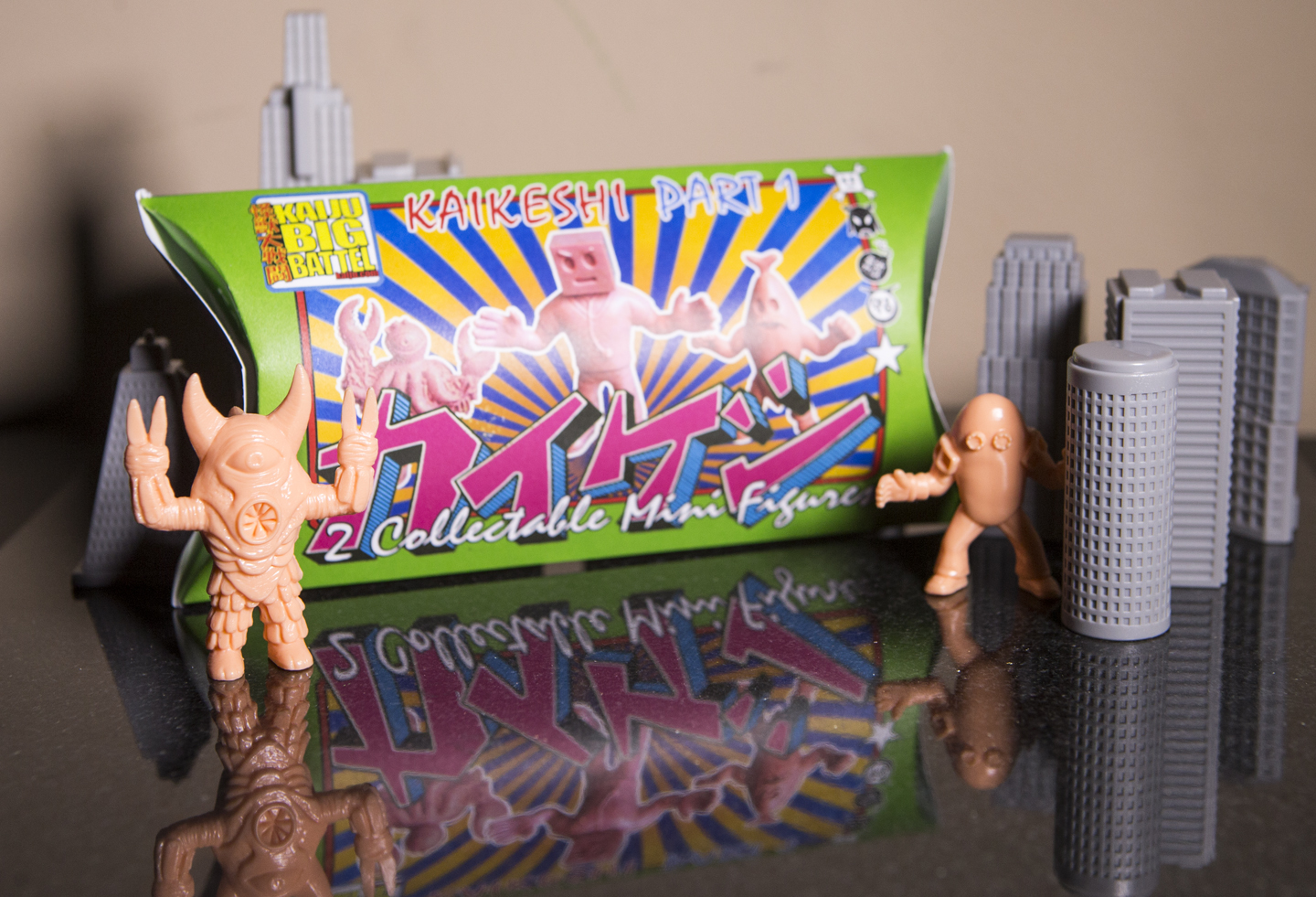 Borden’s most successful product — by far — was the Sky Deviler 12” vinyl toy made in Japan by Marmit. It turns out that Borden encountered the owner while in Japan by accident. “I met a friend of his and we were talking about toys. I told him I love Marmit because they look old and new at the same time. He knew the owner and arranged for me to meet him. I gave him a KBB DVD. The next day he told me he wanted to make a Sky Deviler. I don’t how many they sold in Japan but in the United States, we sold 900 at $65 each in about a year.”

All variants of the Sky Deviler vinyl action figure by Marmit.

To Borden’s mind, Kaiju Big Battel’s longevity and success are tied into the merchandise as much as the action. He feels that many in wrestling are missing the boat. “A lot of the merch is T-shirts and 8×10 glossies and that’s it. I feel they throw their money away by not doing interesting things. A trading card — have some cheap items. Someone buys a T-shirt and spends more on small things like pins, trading cards stickers, we’ve made pinball machines, keychains. Some fans don’t have a lot of money but want to buy something. Over the course of 100 people that’s $500.”