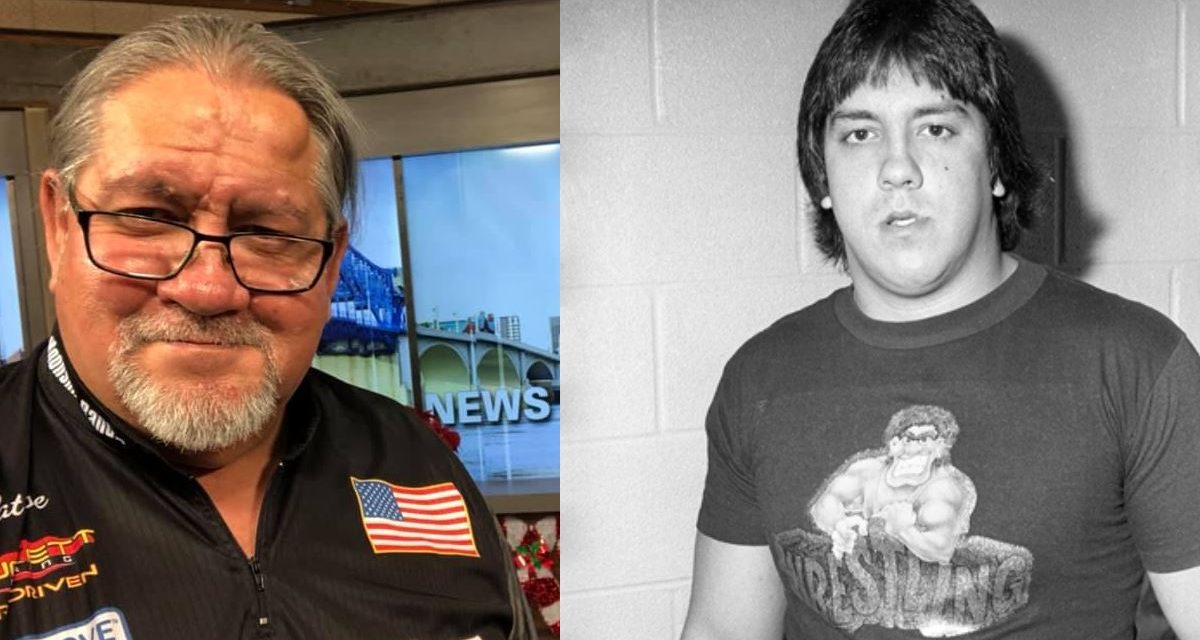 In 1979, Pat Rose began his professional wrestling career in Chattanooga, Tennessee as a 19-year-old faithful. For the next 15 years, he toured America’s southeastern territories while garnering an accomplished tag team resume to boast about. And after a successful run with wrestling, he’s returned to Chattanooga for his second calling: hosting his very own fishing show, Set The Hook! 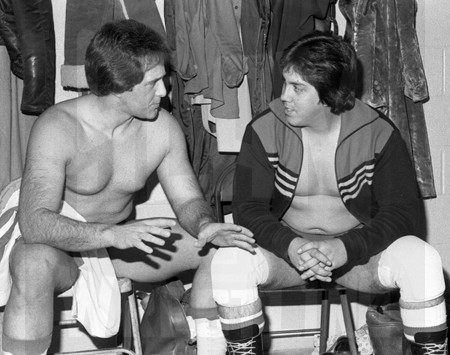 Rose was lured into both fishing and wrestling at an early age. He attended events as an adolescent and wrestled in high school before training with Ken Hawk. Billed at 5’10” and 238 pounds, Rose started his pro wrestling journey as a green, underdog babyface. He competed and lost against the top names of Georgia Championship Wrestling and Mid-South Wrestling until finding his footing as a tag team wrestler.

“Probably three months — first three months I was in the business, I was a good guy,” Rose told Slam Wrestling. “After that, they started putting me with tag teams because I wasn’t that good at talking. And they’d put me with guys like Randy (Rose), Arn (Anderson), (Mr) Wrestling ll — you know, that knew how to talk, that were seasoned. And they were teaching me.”

Rose and Anderson captured the National Wrestling Alliance Southeastern Tag Team Championships in 1984. In a 2007 interview with WWE.com, Pat Rose said, “(Arn Anderson) is a class act guy, and I love him for everything he has done for me… Arn was a good, close friend, and we loved each other.” 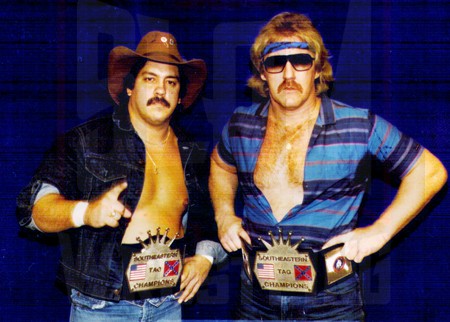 Anderson departed, while Rose continued his legacy as a tag team player. The Rose Cousins, Pat and Randy Rose, ran the Alabama scene as the NWA Southeastern Tag Team Champions. As a full-fledged heel, Rose was always riling up the rabid territory fans. One hapless incident got the Montgomery, AL police involved:

“We had been, probably in the territory about two years, and it was our time to go,” recalled Rose. “We had just lost the match with The Rat Patrol, Johnny Rich and Steve Armstrong… I got on the mic and said ‘This is the greatest day of my life!’ And they said I threw the microphone, and it hit a kid. So, you know, they got the police and this and that. And the police come got me, and I drove down to the police station, got booked, they let me go. Had to come back for court a couple times. Needless to say, they didn’t show up, so they dropped the case.”

Rose also had a partnership with Tom Prichard and the late Sherri Martel. In an interview with Slam Wrestling, Prichard discussed the team’s origins: “We were both in Mid-South Wrestling, and Bill Dundee was booking — and as all good things come to an end, Bill’s time had come… and Bill was moving back to Memphis. (He) asked Pat and I if we’d like to come in and be a team, and we said, ‘Sure’… (Martel) was around the Memphis area, and I think it was Bill who said she’d be a nice touch to add along as our manager.” 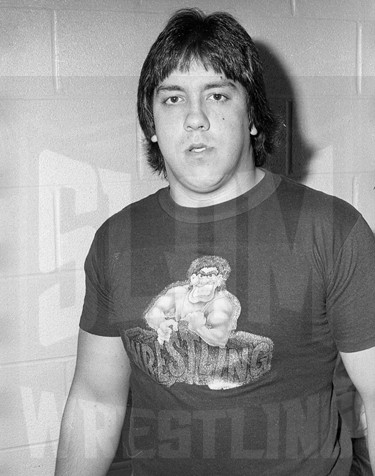 But the trio’s momentum was halted when Prichard suffered an ill-fated injury. “Pat and I were working against Steve (Keirn) and Stan (Lane), The Fabulous Ones,” said Prichard. “And Stan came in for a comeback or something, hit me off the apron, and I went down on the floor and broke my right ankle.” Subsequently, Prichard and Rose disbanded.

“I think me, and Tom Prichard, and Sherri Martel could’ve had something,” said Rose. “But in Memphis, Tom broke his leg. They started putting me with anybody, and it was over. But I love tagging with Tom. He’s a good wrestler, a good talker, the whole deal.”

Through the ups and downs of his career, Rose kept his angle on fishing.

“I always loved fishing,” confessed Rose. “And if I would have done my cards right, all these places I’ve travelled — Louisiana, up in Michigan, Small Mouth Country up there, over in Texas, Lake Fork. I should’ve done like Black Bart. Black Bart travelled — he always had a fishing pole in his truck, and he’d stop and fish! And I didn’t think about that! I wish I had it to do over, because I’d have stopped and fished a bunch of good looking lakes, ’cause we were all over the place.”

After riding solo and working in both WWF and WCW, Rose retired in 1994 with neck issues. In the interview with WWE.com, he said, “I didn’t want to walk away, but I had to… but this fishing thing is pretty good.”

“I love the sport,” declared Rose. “I love what they do, I love the techniques, spinner baits, jerk baits, plastic worms, whatever. But I wasn’t good enough to be a pro or have the stamina enough to fish tournaments. Because when you fish at bass tournaments, it is seven days of solid work. Daylight to dark. You’re chasing fish, you’re trying to find a pattern. And then when the tournament starts, it’s time to go. They’re either going to be there or they’re not. So, you know, it’s hard work.”

Rose couldn’t become a professional bass fisherman. But his fanatical interest led him to his very own radio show, Set The Hook!

“I was at church one time, and there was a guy that owned a radio station here in Trenton, Georgia. His name was Evan Stone, and he said ‘Pat, why don’t you start a fishing show?’ And I said, ‘Well, okay,’” Rose recalled with a chuckle. “He gave me the opportunity to come on and do a couple segments with him early in the morning. I was ready, I thought I was ready, I had all kinds of information to do this little 10-minute segment. So about five minutes in, I said all I had to say, and I was done! And I still had five minutes! So from that time on when I started Set The Hook!, I’m thinking, ‘Okay, I need guests.’”

Rose’s final years in wrestling were dedicated to putting over the likes of The Undertaker, Dustin Rhodes, and Sting. With Set The Hook!, Rose continues to put over legendary figures. Only this time they’re legendary fishermen.

“I started getting guys like Roland Martin, Jimmy Houston, Ray Scott — these are the pioneers of pro bass fishing, right? And they’re on my show! And I’m thinking, ‘Okay, I can ask these guys about two or three questions, and knowing those guys, they can handle it, and they’ll talk!’ So that made my job a lot easier… you know, I ask my little questions. The people that tune in want to hear them, (they) want to hear my guests. They don’t want to hear me talk. But once I started doing that, I was on my way.”

Rose continued, “Presently, we’re at NoogaRadio 92.7 FM Hotnewsradio.com and 27 other radio stations across the country, plus three TV. So, you know, it’s been fun, I love it, I still love it.”

Interviewed during the COVID-19 pandemic in the spring of 2020, Rose said that he set up a recording studio at his home, and since fishing and social distancing go hand in hand, the tournaments are running.  “I’m excited. Love to get in these guys’ heads and find out what they did on the water.” 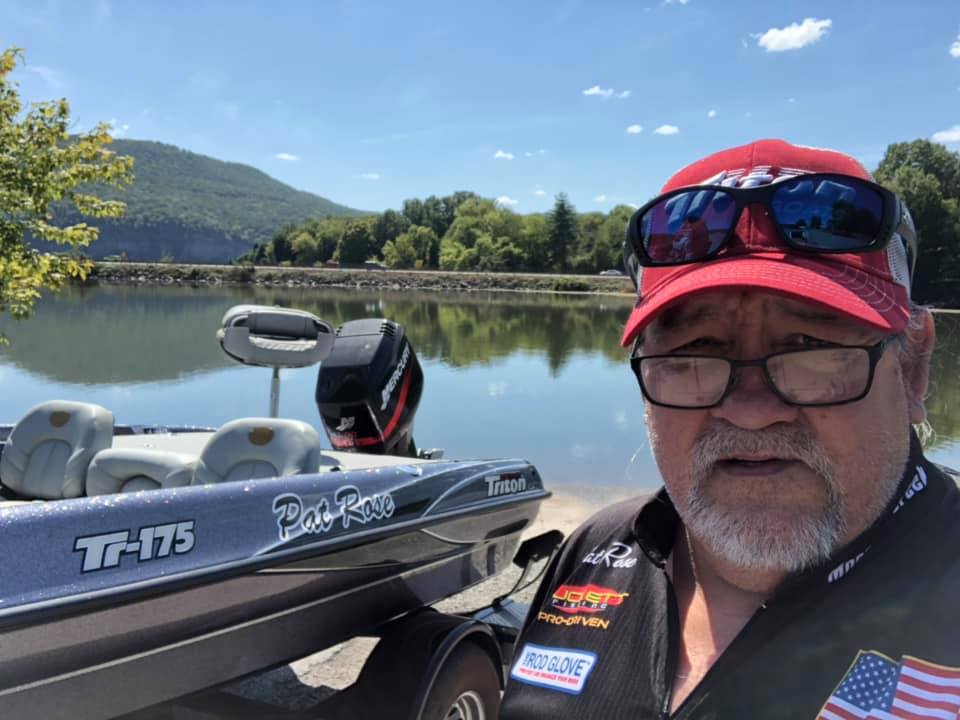 As Rose hosts Set The Hook!, he concurrently raises his teenage son, Camden: a high school wrestler, football player, and local musician. At the moment, chuckled Rose, it does not look like Camden will turn pro. Recently, he got Camden in a wrestling ring. “We just started out with a basic back-bump… and he says, ‘Dad, my back’s hurting.’ So three or four bumps, and we was done!”

Twenty-six years after leaving the sport, pro wrestling remains in the Rose household. The multiple-time tag team champion looks back fondly at its memories: “I’m proud to be a pro wrestler, proud of the time I spent in the business, the people I met, (and) the friends I made.”

Teammate Tom Prichard expressed to Slam Wrestling, “Pat’s always been a hell of a worker and one of those guys who loved the business… and I don’t think there’s anybody that’s going to say a bad word about Pat Rose. He’s always been a stand-up guy, and anybody who knew anything about wrestling would want to work with him, because they knew they’d have a great match with him.” 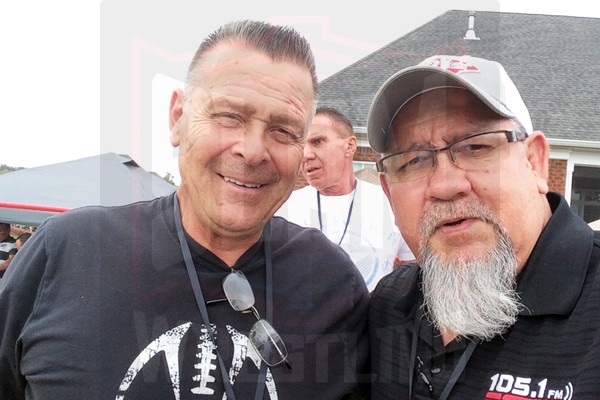 Ronnie Garvin and Pat Rose in Nashville on Sept. 26, 2015. Photo by Scott Teal