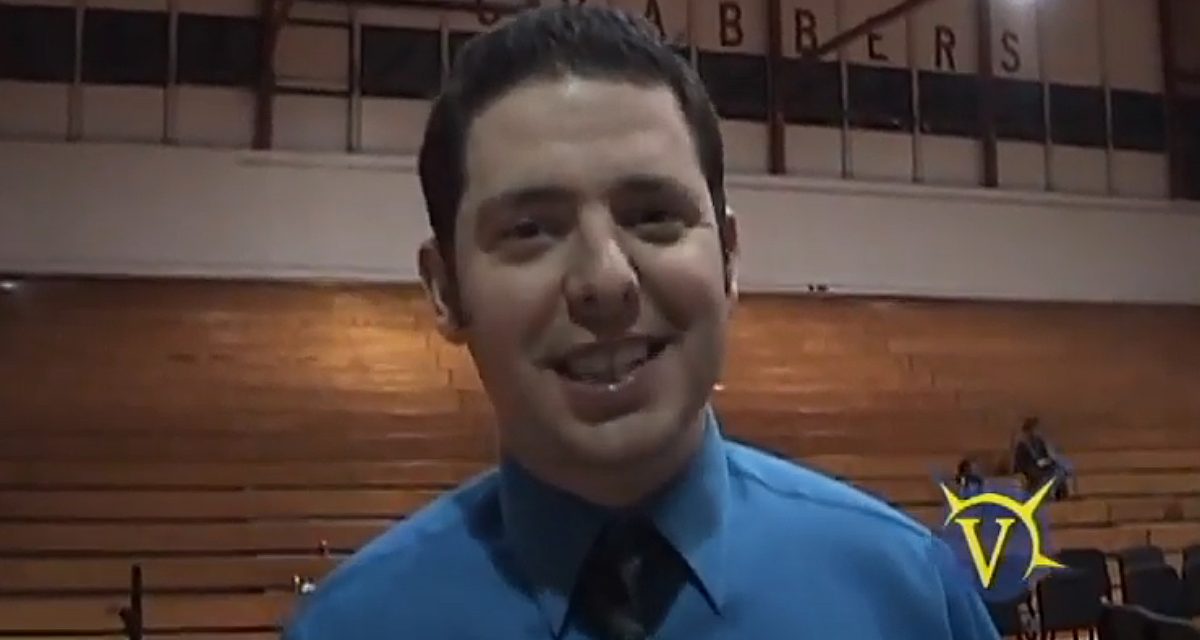 Travis Bradshaw, the former CEO of Vanguard Championship Wrestling, is being accused of using his position at the company to seduce high school boys.

Chris Silvio, a former wrestler, coach and producer at Ohio Valley Wrestling who has wrestled on OVW, NXT and Impact Wrestling broadcasts, has been one of the more noteworthy accusers. 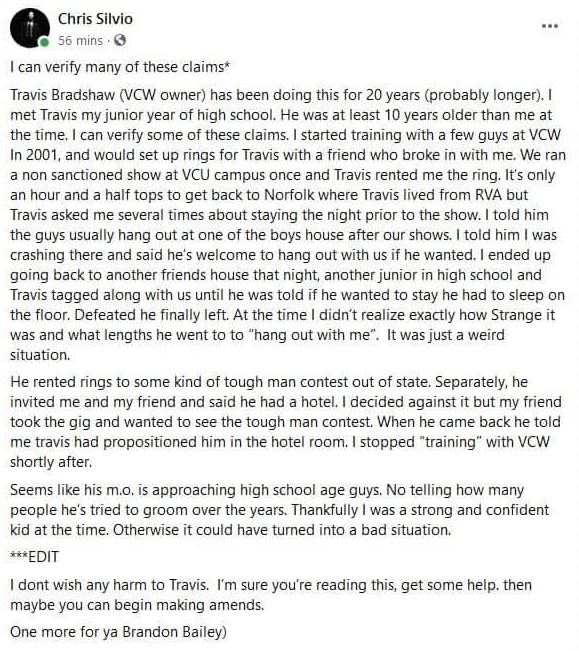 In a Facebook post, Silvio wrote: “Have enough people come forward yet? Believe us yet??? It’s the same m.o , young guys and the SAME sexual offer. Most accusers don’t even know each other and aren’t asked for anything other than to put this to stop! People who haven’t made posts have told me that he’s made that same offer to them personally.”

Silvio then posted an account by Brandon Bailey who states that when he was 17 Bradshaw offered to train him, took pictures of him in his underwear in the ring then invited him upstairs to watch pornography. He declined an offer of oral sex and declined once again during another incident.

Bradshaw stepped down as promoter and CEO of Vanguard Championship Wrestling and issued a statement through his lawyer.

“It has been incredibly hard for the duration of this smear campaign to keep quiet while certain individuals brandished my silence as guilt, and passed judgement without knowing all of the facts. My name and my company name have been repeatedly and maliciously defamed in an effort to discredit our years of success as the leading brand of sports entertainment in The Hampton Roads Market. I had no choice but to sit quietly while my legal counsel reviewed the circumstances,” said Bradshaw in the statement.

Bradshaw went on to deny the accusations made against him.

“Claims that I ever held anyone’s advanced position in my company as a condition of anything else are completely false, unfounded, and unfathomable. I categorically deny any and all outrageous smear allegations that explicitly or implicitly accuse me of quid pro quo harassment – or any other immoral or illegal conduct – that certain vindictive individuals have made, encouraged others to make, and fabricated. I am proud and humbled that so many of my colleagues – both those who know me best and/or have worked with me over the years – have come forth to categorically state that these accusations are entirely inconsistent with their experiences with me, both professional and personal. We have a long history of pushing talent to their limits and allowing them the consistent stage to learn and progress through their own hard work. This alone is my proudest achievement,” he said.

Bradshaw ended his statement thanking fans of Vanguard Championship Wrestling for all of their continued support over the years.

“I’ve always believed that if you feel like you made a difference and you leave things better than you found them, then you’ve done your job. I hope I did just that,” he wrote.