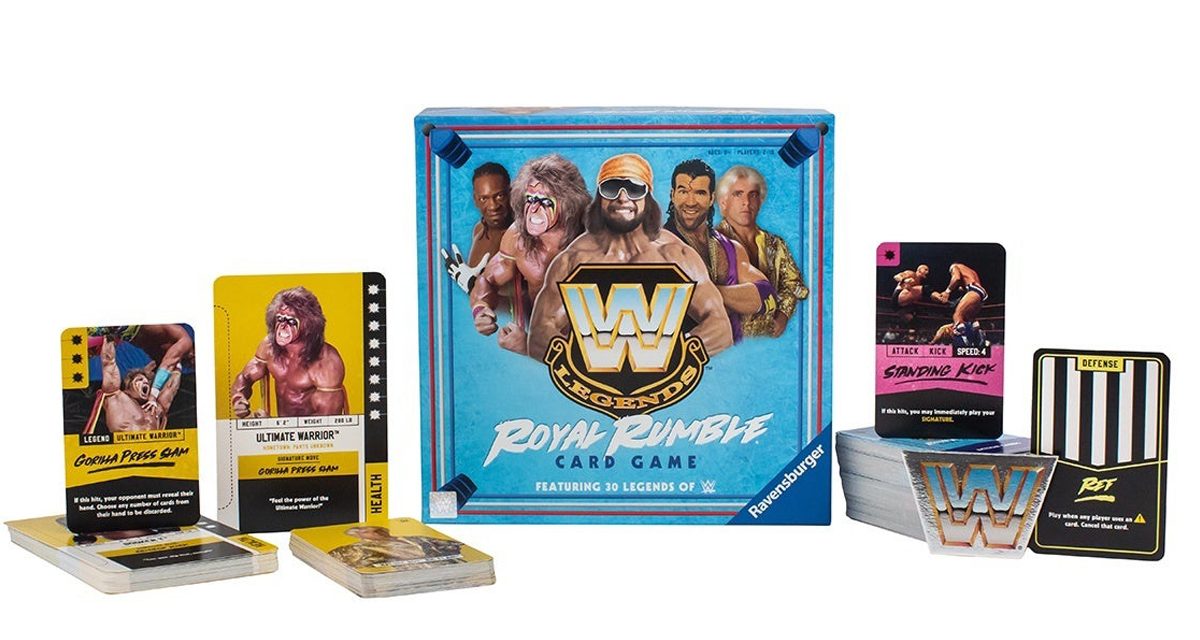 Ravensburger wants you to get ready to rumble from the comfort of your own home.

On July 26th, the game company will be releasing their WWE Legends Royal Rumble Card Game.

In it, up to 10 players enter the Royal Rumble as one of 30 WWE legends including Macho Man Randy Savage, Andre the Giant, Jake “The Snake” Roberts, Ric Flair, the Undertaker, the Million Dollar Man, Batista, Sting, Booker T, the Ultimate Warrior and more.

Players use signature moves, attacks and dirty tactics to do damage to each other then eliminate one another until, like the real Royal Rumble, the last man standing is declared the winner.

Each session or game takes about 30-45 minutes to play. The WWE Legends Royal Rumble Card Game sells for $19.99 USD.