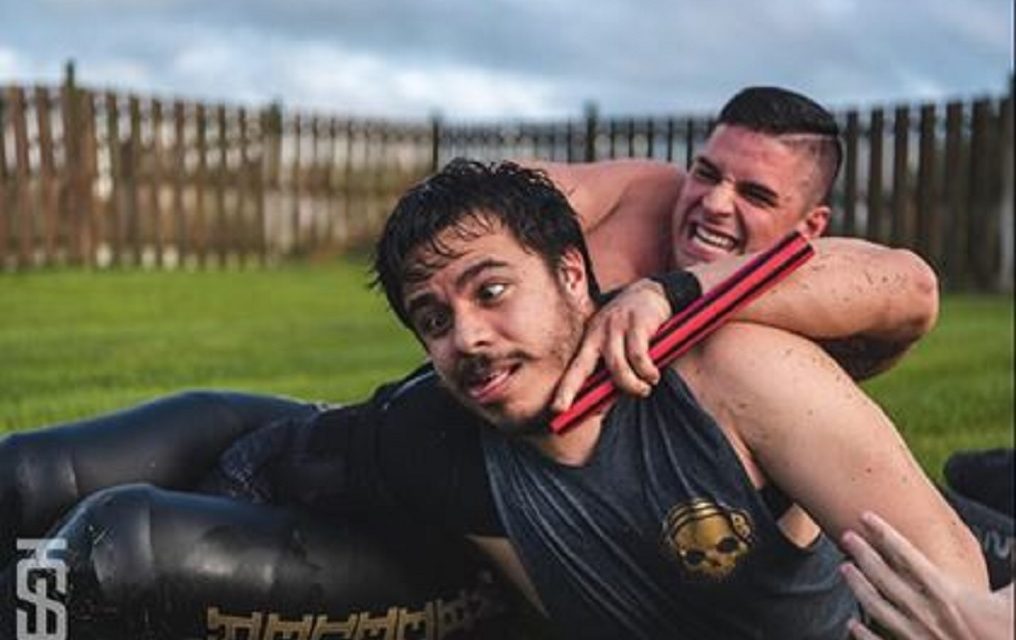 With social distancing rules preventing independent wrestling shows from running in the province, a group of Ontario-based wrestlers have found a way to get back in the ring. Or, more accurately, since Backyard Pro doesn’t actually have a ring, get back into action.

BackYard Pro (BYP) is the brainchild of Ontario’s Vaughn Vertigo (real name Vaughn Clout), who spoke to Slam Wrestling about the concept of the promotion, which will be airing the first of its online shows this Thursday. The company features a number of local favourites using alternative personas in a show that’s designed to resemble home-made backyard promotions from the early 2000s.

“We tried to make it as ‘backyard’ as possible,” he explained, “so there’s no ring. It’s designed to resemble (a backyard show) like the ones that were popular in 2004 or 2005, except with better production – these ones are in HD quality. But the look and feel of it, we wanted to do it as if it was made by a backyard league in that era.”

“So the shows are done up like an episode of RAW. There’s interview segments and character segments between the matches. When you’re a kid, you emulate what you see. So a lot of the shows that backyard promotions made back then had that type of structure, to look like the TV that was on at the time. That’s what we wanted ours to look like.”

To add to the concept that this is a completely new league, each wrestler – including Ontario veterans like Sycho Mike Rollins, Alessandro del Bruno, Steve Brown, Gabriel Fuerza, Scotty O’Shea, and Alexia Nicole – came up with a new persona.

“Fuerza and I did the first match,” Vertigo said, “and we came up with these crazy characters. His character is a backyard wrestler who’s had only one day of training, while mine is a redneck Jeff Hardy mark. We worked together with the others to develop their characters for these shows.”

The shows will be posted on YouTube over this and next week, with three matches taking place on each show. All of the matches were filmed while respecting social media restrictions to the extent possible.

“We filmed them in different backyards, and we made sure that there was no more than five people on each shoot,” he confirmed. “We were worried on a couple of shoots, because there were neighbours who were in their yards, and we thought they may call the police on us for having a ‘gathering’. But for the most part, people were pretty understanding.”

In addition to helping fans forget about any COVID-related difficulties they’re experiencing, Vertigo hopes that the shows will also help the wrestlers recoup some of the revenues they’ve lost by not being able to perform at shows.

“The shows will be on YouTube free, but we do have a GoFundMe page if people watching the show want to do that. We also will have some BYP merch that we’ll be selling. A lot of us rely on pro wrestling as our income, so if people want to donate, that’s of course appreciated.”

Vertigo himself lost a lot of money as a result of the COVID situation, when a European tour he was on in March got cancelled, and he had to pay to have his flight changed so he could return to Canada. He’s anxious to get back across the pond as soon as circumstances permit.

“I love the UK scene,” he said. “I’ve been there five times so far, and this tour was one of the longest – six weeks – but I had to come back after two.”

Getting paid to wrestle around the world is an absolute thrill for Vertigo and not something he would have imagined was possible when he started training ten years ago at the very young age of 14.

“I wasn’t really a wrestling fan growing up,” he said. “A buddy of mine, his aunt is Trish Stratus. We were in school, and he would do speeches about her, but I didn’t even know who he was. Then, one time we rented a Smackdown vs. RAW video game, and I saw she was a character that you could play. I got into that game, and that’s what got me watching wrestling. Later, when another friend of mine started looking at training, we found the Squared Circle Training school owned by Rob Fuego, and I started training there.”

“For the first three years, I was too young and too small to perform on the shows, so I did every other job I could at shows – I’d ref, I’d film, I’d be the bell guy, sell merch, pretty much anything I could. They finally let me do matches when I turned 17.”

In order to expand his marketability to local promoters, Vertigo took the initiative to contact some promoters in the UK in order to gain some additional experience. Today, he wrestles for a number of local and international promotions both as a singles wrestler and in the Fight or Flight tag team with Fuerza, and has even worn championship gold on a few occasions. 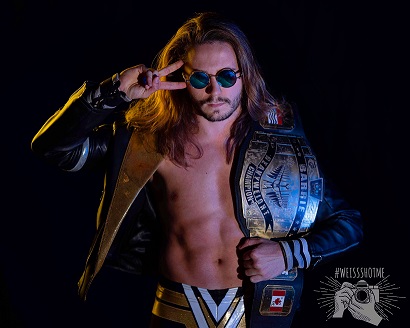 “It’s one of those things that my parents though would only be a phase,” he laughed. “But I’ve never stopped.”

And he wasn’t about to let COVID stop him. In looking at what he could do to still perform, Vertigo got inspiration for his backyard promotion from his UK experiences.

“When I was wrestling in England, I discovered that so many wrestlers there got their start doing backyard shows – there’s a real love for it there. I was introduced to it there, and now I’ll just go on YouTube and look for backyard shows. It’s ridiculous characters, it’s chaotic action. They’re just so much fun to watch.”