Wrestling Bookmarks Covid-Con gets a sequel on June 14 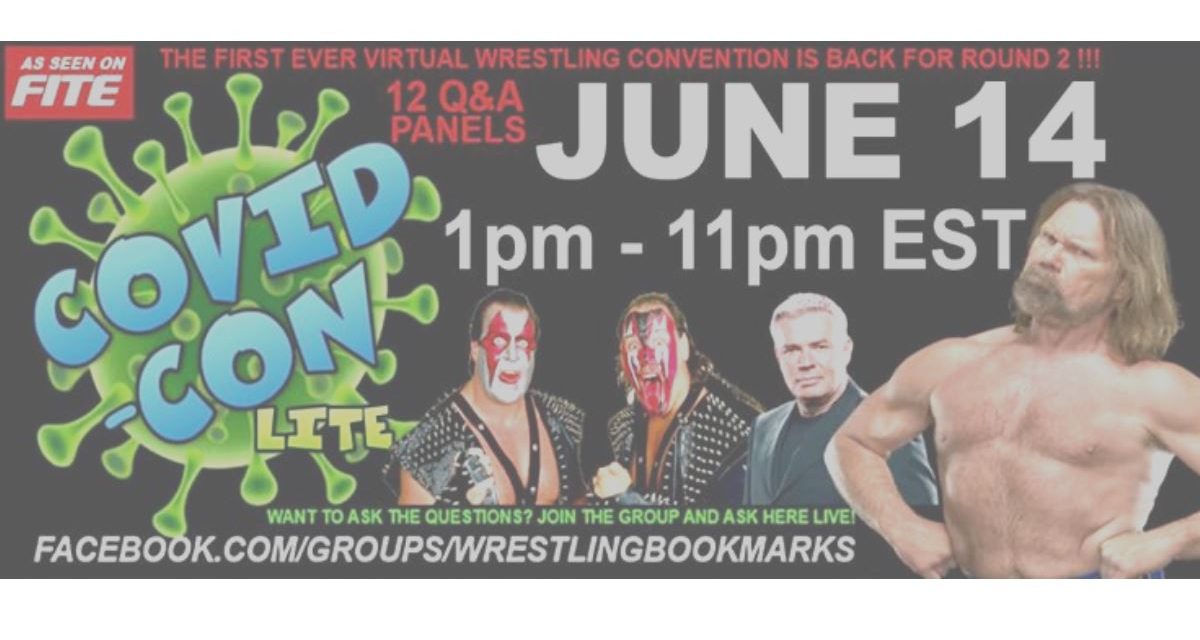 Pro wrestling book enthusiasts: get ready for the second chapter in the Wrestling Bookmarks Covid-Con saga. The next installment of the event is set for Sunday, June 14.

The event, dubbed Covid-Con Lite, follows up on the successful first ever virtual pro wrestling convention showcasing pro wrestling authors and pro wrestlers in May. The free online event is the brainchild of authors/wrestling fans Kenny Casanova and John Cosper.

“I think we hit on something that hasn’t been done before,” shared Cosper in an email with Slam Wrestling. “The mixing and blending of people you may not have seen together answering questions and telling stories. That’s what I enjoyed most, seeing the stories that came up when some of our guests ended up in (a) chat together.”

Added Casanova, “We also had a number of people ask for another so we figured, ‘Why not?’”

This time around the event is over one day instead of three, hence the word “lite” added to moniker.

Viewers will have the opportunity to see a new speaker approximately every 45 minutes.

Viewers can tune in via the event’s Facebook group page and on FITE TV. Facebook viewers will also be able to contribute questions that the event’s moderators will pass on to the guest speakers.