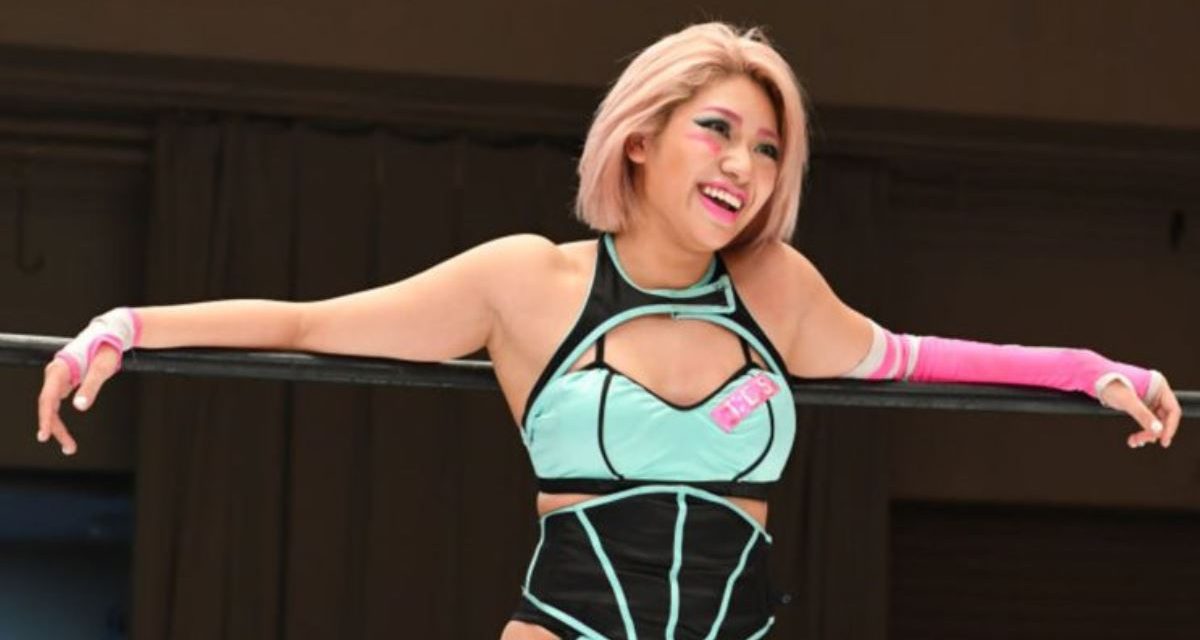 The Stardom promotion has confirmed that Hana Kimura has passed away at 22.

Concerns had been raised about Kimura’s welfare and well-being based on her worrying statements and photos on social media.

“Stardom fans, we are very sorry to report that our Hana Kimura has passed away. Please be respectful and allow some time for things to process, and keep your thoughts and prayers with her family and friends. We appreciate your support during this difficult time,” the promotion wrote.

Hana was the daughter of retired Japanese wrestler Kyoko Kimura and had appeared on the Netflix reality show Terrace House in which six housemates live together. Kimura joined the show in September 2019. During a recent episode, Kimura had an argument with a fellow housemate named Kai over her treasured wrestling gear being shrunk in the drier. Kimura had also been critical of Kai’s lack of contributions to the house. The situation divided the fandom with some attacking Kimura on social media.

As the news spread fans of the show made their feelings known on Reddit.

“It hurts to think about the people who had went out of their way to say hurtful things to her whether it be spamming her social media or whatever. She seemed to have a very bright future and this is tragic. My heart hurts, we really feel like we get to know these people,” wrote tokyojoe.

“There’s no way I can blame her for this since nothing she did on the show justified the kind of hate she got, but I wish every Terrace House member would be fully aware of what they’re getting into before coming on the show. I really hope people will learn from this situation,” wrote petitcomputer.

“Absolutely heartbreaking. I can’t imagine the pain she was going through. People in the internet bullying her to the point of this. I hope people take a hard look at themselves in the mirror because this is downright disgusting and they should be ashamed of themselves,” wrote griffincraig.

At NPJW Wrestle Kingdom earlier this year Kimura, Giulia, Mayu Iwatani and Arisa Hoshiki wrestled in a dark tag team match. In Stardom she was the leader of the Tokyo Cyber Squad faction.

Dave Meltzer of the Wrestling Observer wrote on Twitter: “Hana Kimura just passed away. There are no other details at the moment but this is a death that can be blamed on the cruelty of social media and it’s a subject that really needs addressing.”

GOS/SWA Champion Jamie Hayter Tweeted: “Distraught. I don’t even know what to say or feel. Numb. I can’t express it. RIP Hana Kimura. Such a wonderful human being. The gaijin helper. All the potential. A beautiful soul. Kind. I just can’t even put in to fucking words how upsetting this is. I hope you found peace.”

“I will always love and miss you, my friend. You are my little sister. The Swanns send our love and condolences to Hana Kimura, her family, and loved ones. I will never forget you. So much I want to say… my heart is broken,” wrote Impact Wrestling’s Sü Yüng.

“Devastating news. I feel sick. Sending love to all the Stardom girls around the world #RIPHanaKimura,” Tweeted El Phantasmo.