There are many of us who grow up dreaming to be a part of the professional wrestling business. There are so few of us who actually get to do it. Some are just destined to be a part of it, no matter what. And so is the case with Travis Scott Bowden, who has passed away at the age of 48.

Bowden wasn’t blessed with a plethora of athletic ability, but he made up for it with his own brand of wit, natural charm and a heavy helping of natural arrogance. If you have the passion and fire — as Bowden assuredly did — wrestling will always have a place for you. Like Jim Cornette before him, the Memphis office saw his upsides and decided to take a chance on him. He turned out to be something extra special. All he had to do was be himself.

Bowden was born on April 30, 1971, grew up in Bartlett, Tennessee, just east of Memphis, where he graduated from Bartlett High School in 1989. He studied journalism at the University of Memphis.

He became a fan of pro wrestling in 1977, during the initial series of matches between Jerry Lawler and Bill Dundee. When Lawler became a good guy after the feud, Bowden said that “The King” became their “home team” since there were no big-league professional sports teams in Memphis at the time.

(His first live card was on January 1979, where “Mil Mascaras” did a stretcher job to Jerry Lawler and Jackie Fargo at the Mid-South Coliseum. There was always a great deal of debate whether this was truly the legendary Mil Mascaras or not. Bowden swore up and down he was the real deal, with an impish smile on his face, and made it his personal mission to prove his point. He still has his doubters out there.)

Young Scott and his friends always had professional wrestling in their brains, and they would frequently come up with wresting storylines. They weren’t alone. Eventually, they discovered a backyard wrestling league: The Neighborhood Wrestling Alliance. Who was running this NWA, with its homemade outfits? The sons of Jerry Lawler, Kevin and Brian. It was Kevin Lawler who broke the news of Bowden’s death in the evening of April 20. 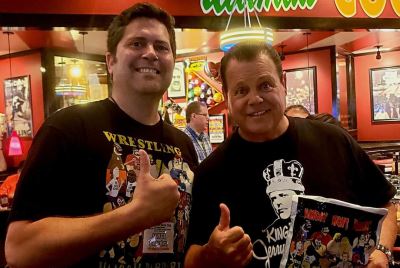 The friendship with Lawler’s sons led to Bowden helping out backstage at the WMC-TV studio. While at journalism school, Bowden started a story on Brian Lawler (Brian Christopher in the ring) and got to talk to key people such as Jerry Lawler, Dave Brown and Jeff Jarrett.

And then things snowballed quickly, as the door to wrestling suddenly opened wide for Bowden. Jerry Calhoun was fired as referee by the Memphis promotion and they needed to fill the spot immediately. Bowden — with absolutely no experience — was asked to fill the role.

“(Lawler) gave me a crash course in Refereeing 101 backstage at the Mid-South Coliseum about an hour before bell time,” Bowden recalled in an interview with George Wren’s Turnbuckle Madness. “Going in, I felt pretty confident I could handle it; that is, until the King concluded by warning me that the boys would occasionally call spots through me to communicate with each other. He also made me promise that if something looked like shit in the ring from my vantage point to tell the boys ‘to lay it in there.’ I walked out of his dressing room a nervous wreck. I managed not to screw up any spots or finishes, so I was invited back.”

“As a native Memphian and a student on campus, I had a lot of explaining to do after I started appearing on TV. Funny thing was, everyone from my English Lit professor to the janitor at the journalism building would never admit to actually ‘watching’ wrestling. It was always, ‘I was flipping the channels and saw you,’ or, ‘My son likes it, but I don’t really watch.'”

As a referee, Bowden was a character too, dressing well, playing the part of a privileged college student who looked down on the fans. When Eddie Gilbert decided to turn Bowden heel, it came easy, and Bowden kicked Lawler in the back of the head, and made the escape from the arena through angry fans, a mystified girlfriend in tow.

On the next TV taping, Bowden bragged that he stomped Lawler “… Like the cockroach that he is.” He dismissed announcer Lance Russell’s warning disdainfully, “… Oh, OK, DAD! OK, DAD!” Though the plan wasn’t for Bowden to be a long-time manager, his initial promo sealed the plan.

Like many of the successful heels before him, Travis Scott Bowden had a natural ability to get heat. He was well-spoken, confident, brash and a little bit goofy. As a serious student of the game, he channeled many of the great managers who he watched every week on television. You could see little bits of Jimmy Hart, Paul Heyman, Jim Cornette. He blended his favorite attributes and let his own personality flow. In promos, Bowden claimed to that his uncle was famed Florida State Seminoles football coach Bobby Bowden, and to prove it, he had a FSU football helmet for protection, that doubled as a weapon when necessary. 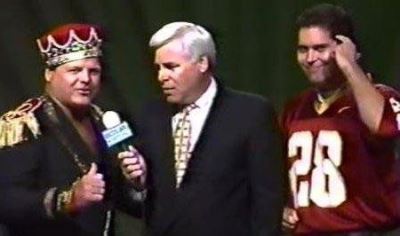 “The highlight had to be managing Lawler, who had finally turned heel again his hometown after being such a vile villain on WWE TV. To me, I was living my dream having watched Lawler his managers Mickey Poole and Jimmy Hart over the years,” Bowden told Wren. “We cut some great promos together and had a hell of a lot of fun heeling around the territory together. Plus, it was cool to be a part of that next generation of Memphis stars like Brian Lawler, Jamie Dundee, Jeff Jarrett, Kevin Lawler — all young guys who I got know fairly well. I also recall my first main event at the Coliseum: Dream Machine, Doug Gilbert and me vs. Jerry Lawler and Brian Christopher.”

Bowden was a part of the Memphis wrestling scene from 1991 to 1996, and that included the brief stay of a young up-and-comer babyface Flex Kavana, now known as The Rock, Dwayne Johnson. 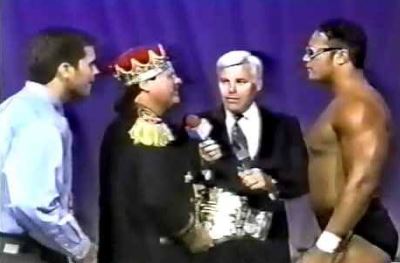 Despite his success, Bowden never had any illusion that he was a major part of the professional wrestling landscape. He was just happy to be a part of it at all. Even after leaving the business officially, he still had his fingers in the pot, which he would stir up gleefully on his website, kentuckyfriedwrestling.com, which changed through time from a popular column with wrestling memories to an enjoyable podcast — it’s through the podcast world that many of fans got to know Bowden, for good or for bad; he didn’t suffer fools easily and could be opinionated. He also operated Memphis Wrestling Tees (memphiswrestlingtees.com), which recently added wrestling-themed facial masks for protection during the COVID-19 pandemic.

Bowden was a healthy mix of showman, carny and genuinely nice guy. His regular haunt was El Coyote, the famed Mexican restaurant on Beverly Boulevard in Los Angeles. He would sometimes go there a few times a week and all the servers knew him well. If you were a friend and a wrestling fan, he loved talking about the great characters and angles that he got to know so well throughout his life. He could talk for hours about the iconic Jerry Lawler (his greatest influence), the greatness of Nick Bockwinkel. Or he could just make you laugh out loud with his witty insights on life.

We may never know if that was the real Mil Mascaras who did a stretcher job in the Mid-South Coliseum. And we wouldn’t have it any other way.

Outside of wrestling, Bowden excelled in advertising, working at RPA Advertising and, most recently, The Equinox Group in Los Angeles, and that included big name clients such as Disney, Sony and Dole. Recently, he had been freelancing and working on his own side projects.

Details of the cause of death are still forthcoming, and funeral arrangements will be affected by the COVID-19 pandemic.

Bowden is survived by his wife, Hayley Chilton, their extended family, and his mother, Carole. His only sister, Angie, passed in December 2017.