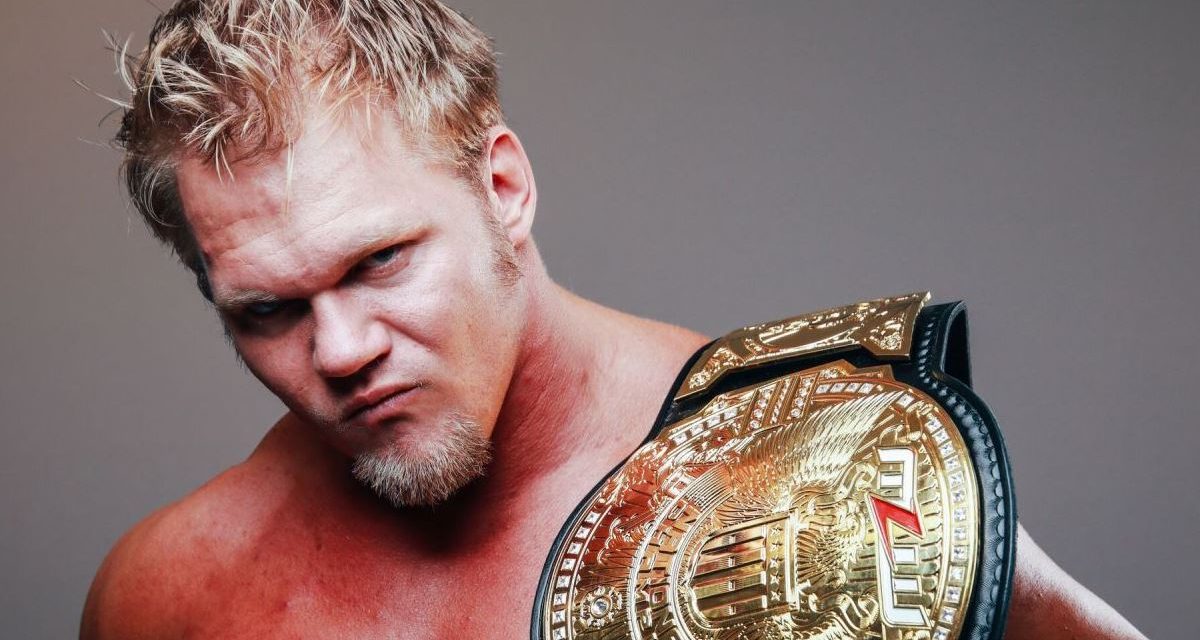 As a kid, Alexander Hammerstone loved being the centre of attention, which is what spurred him to try his hand at music and later at bodybuilding. From there, Hammerstone thought transitioning to pro wrestling would be easy. After all, he had experience being in front of an audience and managed to maintain an imposing physique. But he was wrong.

“I got into the wrestling business on the tail end of the era when ‘guys had to be huge,'” he told SLAM! Wrestling. “I had kept it in the back of my mind when I was bodybuilding. When I showed up on my first day of [wrestling] training, there were all these scrawny kids.”

“I thought it would be easy for me. But I got my ass kicked over and over again, and I had two left feet when I first started. Pro wrestling is no joke, and this is coming from someone that did different sports.”

But he didn’t give up. These roadblocks only made him work harder, and as time went by, he got better and better. He spent many years wrestling for various promotions, until he got his biggest break to date when he signed with Major League Wrestling (MLW) in 2019. Hammerstone was candid about why he chose MLW as his new home base, lauding the company for giving its wrestlers the freedom to present themselves as they see fit while also retaining its own unique identity as a company.

“We live in a day and age where, whether it’s wrestling or any form of entertainment, a lot of things get neutered, but others get shaped and sculpted by, fans’ demands. That’s a dangerous slope to slide down because you’re never going to make everyone happy. MLW is unapologetically what it is. Some will like it, some won’t.”

MLW was first started by Court Bauer in 2002, but that first iteration only lasted a couple of years. He revived the promotion in 2017, and since then it has enjoyed great success as a brand. Aside from Hammerstone, the brand also boasts impressive talent such as Jacob Fatu, The Von Erich twins, Davey Boy Smith, Jr., and Low Ki. Aside from a strong core roster, MLW also features regularly-rotating groups of wrestlers that come and go, so no two MLW shows will ever have the exact same set of appearing stars.

Hammerstone himself stands out compared to most of his brethren due to his size. Standing at 6-foot-4 and weighing 250 pounds, the 29-year-old Hammerstone (real name Alex Rohde) wrestles in a style that combines the old school, big bruiser type with the updated, faster pace of current pro wrestling. His style makes him an exceptional performer: on one hand, he performs brutal power-moves like his finisher the Nightmare Pendulum. On the other hand, he also performs running and diving moves like the missile dropkick with the skill and grace of a cruiserweight.

Since coming to MLW, Hammerstone has enjoyed tremendous success, both on-screen and off. He won a tournament to become the first-ever MLW National Openweight Champion, and has done whatever he can to make sure his title reign actually means something.

“When I won the title, my mindset was that I was going to set the tone. The matches I have and my title run I have, the prestige will set the tone for what the title means. I’ve really elevated it [the title] so that whoever takes it — if they take it — they’ll have a lot to live up to and will continue to raise its stock”

Aside from winning the National title, Hammerstone was also happy with his matches with Davey Boy Smith, Jr., and T-Hawk. The former match was a brutal hoss fight, with two power-centered wrestlers trying to out-do each other and survive each other’s signature moves. The latter was special to Hammerstone because it was more of a Japanese, strong-style match.

But most important to Hammerstone was that MLW has allowed him to be, well, himself. He noted that the company gives wrestlers lots of free reign for their matches, creative control regarding their personalities. This makes the wrestlers feel more ‘genuine,’ which Hammerstone argues is what people like and gravitate towards.

Although he has been successful thus far, Hammerstone still has one major goal in mind in MLW: a singles match with current MLW Heavyweight Champion Jacob Fatu.

“That will be an insane match that people will want to see. Both of us have gone almost a year in the company with great win-loss records, and we’re both champions. As much as I believe I’m one of the front runners in the company, the world title is the main prize. I want to be the undeniable face of MLW.”

Due to the situation in the world being very difficult right now, pro wrestlers — whose core work activity requires a live audience — are finding it hard to adapt to a world in which large-scale social gatherings are forbidden. But MLW has a failsafe of sorts: their regular shows are uploaded to YouTube on a regular basis, and fans can watch their favorite stars — Hammerstone included — from the comfort of their own homes. He has also noted from reviewing the live chat on those YouTube videos is there’s a trend of viewers commenting along the lines of, “Why haven’t I been watching this?”

So even if MLW doesn’t have the biggest reach, people are getting hooked into watch they’re watching. And for Hammerstone, that comes from people wanting to see and cheer for someone that’s genuine.