Reigns and others out of WrestleMania

Perhaps they should have delayed the Show of Shows.

Roman Reigns, who has a weaker than normal immune system due to his fight against leukemia, has pulled out of the Universal Championship match slated to headline WrestleMania.

Word is Reigns fears being susceptible to the coronavirus. 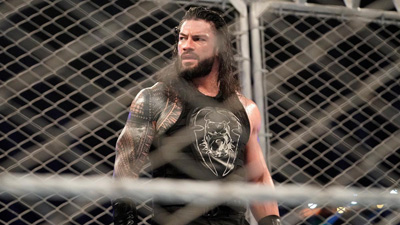 Dave Meltzer from the Wrestling Observer also reports that he believes Braun Strowman will be subbing for Reigns in his Universal Championship match against Goldberg.

Meltzer has also stated that Reigns is not the only WWE superstar who will be missing WrestleMania, others have pulled out as well substantially changing the card.

WWE has been filming WrestleMania at the Performance Center over the last few days for the two-night extravaganza on April 4th and 5th.

WWE chief brand officer Stephanie McMahon spoke to Variety yesterday about the WWE’s coronavirus policy. Production staff, superstars are not allowed to hang around backstage, anyone with a temperature over 100.4 degrees is must leave and anyone who has been out of the country or been in touch or in contact with anybody who’s been out of the country is not allowed in the facility.

“We’re taking every precaution we can. It’s also why you don’t see talent or anyone else in the audience. We really are adhering to all the guidelines that we can to maintain the health and safety of our crew and our performers,” said McMahon.