Plenty to learn in ‘The Gimmicks’ (just not about wrestling)

The Oxford dictionary defines the word gimmick as “a trick or device intended to attract attention, publicity or trade.”  The world of professional wrestling is full of gimmicks; it thrives on them. There are effective and profitable gimmicks. Think Hulk Hogan, John Cena and Bray Wyatt among others. And there are those gimmicks that are less successful and in some cases they just fail. See the WWE’s gimmick battle royal from WrestleMania 17 for a plethora of examples. In his latest novel, The Gimmicks, Chris McCormick explores the concepts of gimmicks, influences and authenticity not only in pro wrestling, but also in our everyday lives.

“The book is about the different versions of ourselves we perform, the stories we tell ourselves about ourselves, and the costs and allures of self-reinvention,” shared the 32-year-old McCormick, who was raised in Southern California but now resides and works as a professor of creative writing and literature in Minnesota, in an email interview with SLAM! Wrestling. “Where is the line between ourselves — as individuals and as nations — and our gimmicks? And what happens when we lose sight of that line?” 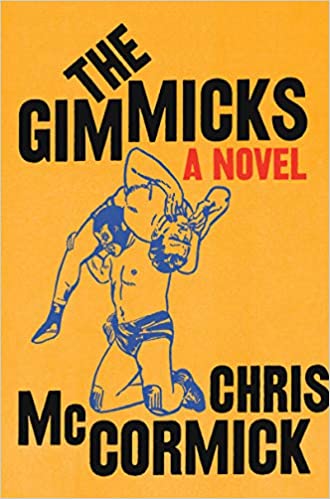 McCormick’s novel, published by Harper (an imprint of HarperCollins) and out now, follows the lives of three main characters, Ruben, Avo and Mina, from Soviet Armenia to California during the years of 1971 to the present. It could be said that there is also a fourth character, albeit one in the background, but nevertheless its presence is always felt — the aftermath of the Armenian Genocide.

Okay, time for a little history lesson before we continue. For those readers who are unfamiliar with this event in history, don’t be too hard on yourselves. It was not a part of this writer’s Canadian educational curriculum either. Coincidentally for the last few years, I’ve been seeking out resources to remedy my ignorance on this subject. So getting assigned to review a novel about pro wrestling and the Armenian genocide just seems quite apropos.

“This book is like me, split between its American-ness and its Armenian-ness,” remarked McCormick on the genesis of his novel. “I’m half Armenian — my mother came to the U.S. from then-Soviet Armenia at the age of 19 — so I wanted to write a book that explored that part of my heritage.”

He continued. “One of the central pillars of that heritage is the legacy of the 1915 Armenian Genocide, when Turks slaughtered over a million Armenians at the end of the Ottoman Empire. Turkey still denies the genocide ever happened, and that denial — the accusation that our pain is fake — is emotionally and psychologically terrorizing.”

Further, what makes the Armenian genocide extra controversial is that Turkey isn’t the only nation denying its existence. There are many other powerful individuals and nations to this day who still deny this event in history happened and/or refuse to categorize it as a genocide.

This controversy didn’t deter McCormick from getting his work published.

“Consensus among international historians on the Armenian Genocide is clear,” he pointed out. “So the only backlash I’ve set myself up for would be a good thing, since it would expose genocide denialists. My main concern with the book was whether I could inform my readers who didn’t know about the genocide in a way that didn’t feel explanatory. I wanted to write a novel that explores rather than explains, a novel where a reader can feel like a participant rather than recipient. My hope is that the collision between these two seemingly unrelated worlds — Soviet Armenian militias and American professional wrestlers at the end of the Cold War — creates this new world we get to navigate together.”

It should be pointed out that McCormick is also a pro wrestling fan. He says he began watching “in the early ’90s and during the Monday Night Wars” but stopped during his high school years. He caught the bug again in his late twenties “during the rise of Daniel Bryan, women’s wrestling, Bullet Club and NXT.” His favorite wrestlers are Stone Cold Steve Austin, Razor Ramon, Ric Flair and the late Macho Man Randy Savage. 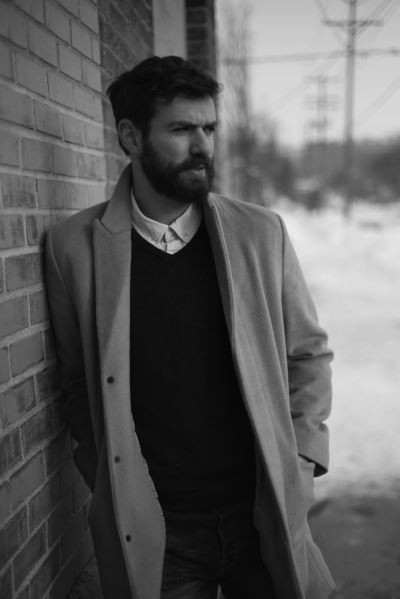 “When I was younger, I loved the characters and the chaotic sense that anything could happen on any given night,” offered McCormick, who also admitted that some of the wrestlers on the current WWE roster like Charlotte Flair may ‘sneak’ their way onto his list of favorites. “Nowadays I pay more attention to in-ring skills, but I still want great characters and stories to root for. In most sports, it’s what happens that’s important — the wins and losses — but in wrestling it’s the how that’s more important than the what. I think that’s why a lot of the writers I know are drawn to wrestling.”

He added, “As any wrestling fan knows, the goal is suspension of disbelief. My hope is that by the end of the novel, the characters and their relationships feel as real to you as they feel to me. And that, fictional as they are, their relationships raise real questions about identity, justice, love and the elements of performance inherent in all of those things.”

On that note, let’s get back to the book. Each of the aforementioned main characters are motivated and influenced by the genocide even though they aren’t always conscious of it and have differing views on it. Ruben is obsessed with the genocide and wanting retribution which leads to him joining an extremist group. Avo is Ruben’s cousin who comes to live with him after the death of his parents. Avo is torn between wanting to move on from the past and his cousin’s convictions. He attempts to follow Ruben into the extremist group, but his heart isn’t in it, so he ends up escaping into the world of professional wrestling instead. Mina is the girl they both love, although her heart belongs to Avo. Mina has been brought up to believe that the past belongs in the past. She wants to move on from the genocide, but is undeniably affected by it. An effective example of this contradiction is when Mina is on a camping trip with others including the two cousins. At nightfall, Avo attempts to wake Mina up by splashing water on her face so they can spend time together alone and not alert anyone else. Mina completely freaks out seeing a shadowy figure above her, Avo runs away and Mina’s mind immediately goes to “the stories her grandmother had relayed to her growing up, of being marched from home in the night by Turks, of being raped by Kurdish mercenaries in the desert, of being split open by gendarme bayonets, of all the horrors that began with an unexpected face in the night.”

The resonation of the genocide in one’s daily life is something McCormick is very familiar with. “I was four or five years old when I first heard the story of my great-grandfather hiding in a tree and watching his father beheaded in the street,” he revealed. “I had an early sense of the capacity for human cruelty and — since the crime was never punished — injustice. I think the genocide’s legacy — the relationship between storytelling and survival — has been a factor in my becoming a writer.”

Yes there’s a lot going on in The Gimmicks. (It was difficult for this writer to craft the synopsis above and keep it brief, as I’ve barely scratched the surface when it comes to all this novel’s rich plot points and characters.) There’s a real historical event. A love triangle. A foray into professional wrestling. There’s also murder and betrayals that are layered and complex. McCormick writes with a lot of depth, so much so that even this reader feels the book deserves a second read to absorb everything properly. But for those readers apprehensive about the intricacies of the book, it should be noted that the story is so well crafted, it would be a disservice to miss out on it. You might also want to have some tissues near.

However, the role pro wrestling plays in this novel is scant. That seems a tad deceptive when you take into consideration the title of the book and the cover art depicting two wrestlers. Upon completion of the book, I understand that pro wrestling wasn’t the star of this show, but it should have been given more attention to round out and solidify the gimmick theme the author was emphasizing. Despite this missed opportunity, the book is a worthy contender, I mean addition, to your bookshelf.