The world of wrestling has seen women do things within the squared circle that have either never been accomplished or only done by men. For the past few years the industry has witnessed the women’s evolution, but it was only the beginning. The one known as The Undeniable, plans on achieving a goal that no woman has ever done on a live pay-per-view.

Tessa Blanchard will face Sami Callihan for the IMPACT World Championship title on Sunday at Hard to Kill in Dallas, Texas. No female in the company’s history has ever challenged and won the championship in the men’s division. 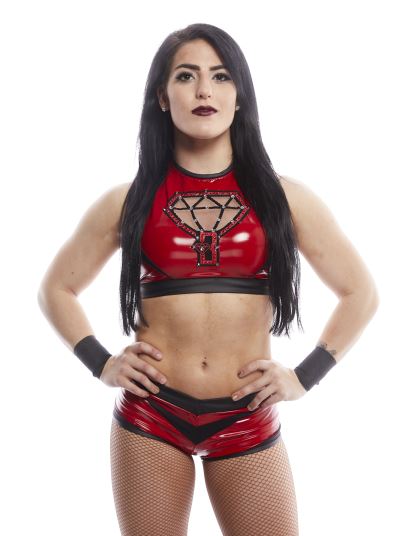 “I’ve always set goals for myself that haven’t been accomplished by a female athlete,” said Blanchard candidly. She added that it’s still surreal for her but she is honored to be in this position. Intergender matches are something that Blanchard is familiar with and she hopes to use her platform to show fans something they don’t see every Monday night.

“It’s something that makes a lot of people uncomfortable, for some it disrupts everything that they believe in.” It’s just like any other form of wrestling, she explained, an alternative to Lucha Libre or Strong Style. “I hope that people can keep an open mind [because] these are changes coming in pro wrestling.”

Intergender matches may be new to some, but this match is not. Callihan and Blanchard have gone head-to-head before, with their first meeting was last year at Slammiversary XVII. The outcome this time will be different, however, as Blanchard has been studying and planning her revenge the last eight months. “I know who Sami is, I know him like the back of my hand,” she said. “I know what he is capable of.”

Callihan underestimates her skill and tenacity, she added. “This Sunday is going to be a fight.”

The best way to win any battle is to believe in yourself. “[Sami] hasn’t seen me at that next level. He hasn’t seen me when I’m pushed to a certain limit,” Blanchard said confidently. Preparing for this match has been her whole life since their last meeting. She said that even with distractions, she will walk out as the new IMPACT World Champion.

To most IMPACT fans, it’s no secret that Callihan has some help that joins him outside the ring. That would be the oVe group, comprised of Madman Fulton, Dave and Jake Crist.

That’s never been Blanchard’s game, but she admitted that his followers have contributed to his success in the ring. “He doesn’t seem to believe in himself. It’s an insecurity he has by even letting them out there.” Although they can be a nuisance, Blanchard is thankful that they’ve been around, as it has prepared her to face their leader. “If you look back at past matches, I’ve beaten Dave and Jake Crist. I just haven’t been able to get to Sami yet because they’ve always had his back.” This Sunday, she said that there’ll be no more two-on-ones, as Callihan has imposed on her before. Only the champion and his challenger will be put to the test.

Even without the entourage, Callihan still doesn’t believe that The Undeniable is a threat. He didn’t need a family member of his to make a phone call to help him get to where he is, he has said. Ironically, Blanchard admitted, neither did she. “I went an entire year without telling my family that I was in the business. I started traveling for work and hadn’t told them,” she said, referring to her famous wrestling patriarchs, her father, Tully Blanchard, and her step-father, Magnum T.A. Instead of getting angry, the self-proclaimed “tenth wonder of the world” uses those comments as motivation to prove them wrong. “It’s almost like a fuel for me to work extra hard to become one of the best in the world. That way, when people make those statements, it’s just a bunch of B.S… like Sami.”

There will be no time to discredit her talent and hard work this weekend, at least that’s what Blanchard has planned. “Everyone keeps saying that this Sunday is a history-making moment,” she said, “but when I come out on Sunday and become a history-making champion, that’s a whole different challenge in itself.”

It’s not because she’s a woman, Blanchard explained, it’s because she will be giving the championship the prestige it warrants. “I’ll be taking it away from someone who is the most undeserving and ruthless person that IMPACT Wrestling has ever seen.” 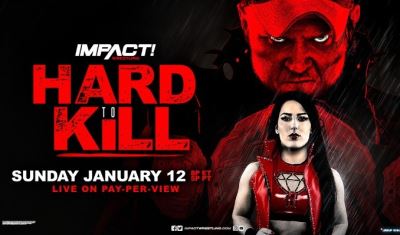 Impact Wrestling’s Hard To Kill is available on pay-per-view on Sunday, January 12. Details are available here.