French-language Vachon movie a celebration of love and villainy

Some would say wrestling documentaries are a dime a dozen these days. Generally, most let us peek behind the curtains, uncovering dirty secrets and scandalous behavior. In the case of «Les Derniers Villains», a new French-language film about the Vachon wrestling family, it’s nothing like those. Instead, director Thomas Rinfret essentially tells a story of love and villainy. 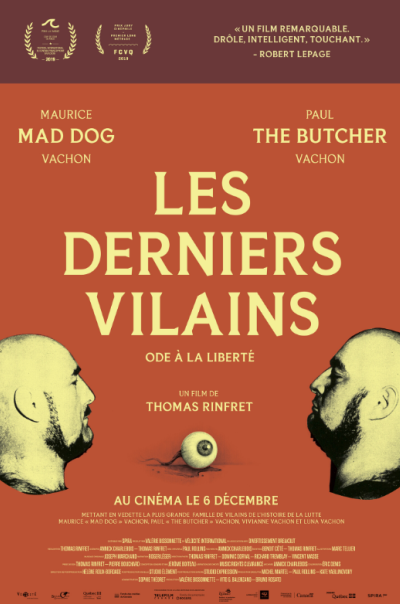 It is a beautiful tale about life and the human condition tracing back the story of Maurice “Mad Dog”, Viviane, Luna, and finally, Paul “The Butcher” Vachon, who is the hero of the story as the last villain standing.

But don’t worry, it’s not all rainbows and flowers either. Paul reuniting with his son André, that he had not seen in over 18 years, is touching yet will feel like a punch in the gut for anyone who is a parent. It’s real life with professional wrestling in the background. We care that they were fighters their whole life, but question the cost.

Especially notable is Paul’s wife, Dee, who often steals the show from her world-famous husband. It’s a fantastic look at life continuing after the roar of the crowd subsides.

Even if they did found incredible archive footage that has never been seen before including footage from Paul’s movie career and new interviews by Mad Dog, the only criticism I can give the film is the used of International Wrestling footage where not enough footage from Grand Prix wrestling was available to illustrate that era. It’s hard to complain really when they were even able to manage to license footage from WWE. It was a dilemma the filmmaker had to solve for the good of the movie, and they made a logical choice for the good of their story. By the way, it doesn’t take away anything from the movie, and most won’t see the difference.

The film is narrated by French-Canadian actor Roger Léger and features original illustrations by Marc Tellier, so it’s not all slam-bam action. It’s really quite a feat to weave together the stories and different mediums so skillfully.

Though it’s in French, down the road, I strongly suggest that wrestling fans across the world seek it out once the subtitled version is hopefully available.

The movie is on a limited release in cinemas starting December 6 in Quebec and had its world premiere on September 21, 2019, at the close of the Quebec City film festival in front of a sold-out crowd at The Diamond. I was at that screening, which was in a brand-new theatre in the heart of the city, owned and operated by world famous Canadian performance artist Robert Lepage who was in attendance as well with Quebec City mayor Regis Labeaume. The theatre’s catchphrase is from opera to wrestling, very appropriate. 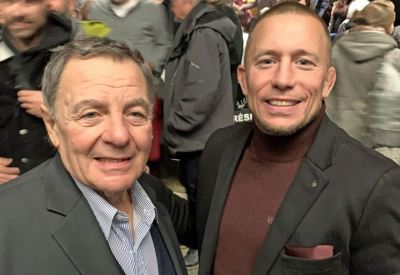 Gino Brito and Georges St-Pierre at the screening Friday night in Montreal. Photo by Pat Laprade

Then Friday, December 6, «Les Derniers Villains» got its release across Quebec, including a screening in Montreal with the star of the show Paul “The Butcher” Vachon being feted by fellow wrestlers, like Gino Brito, but also former UFC champion Georges St-Pierre, who wanted to see the movie about a couple of his childhood heroes. 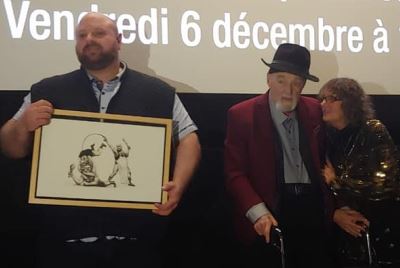 Ian Carnegie, the son of Viviane Vachon, with his uncle Paul Vachon and his wife Dee at Friday’s screening. Photo courtesy Ian Carnegie

The movie will be screening in the province of Quebec during the month of December before a television release early next year.