Atsushi Aoki, one of the biggest stars in both All Japan Pro Wrestling and Pro Wrestling NOAH, passed away in a motorcycle accident on June 3, 2019. He was 41 years old. He was riding his motorcycle through Chiyoda district of Tokyo when he failed to take a curve and he hit a tunnel wall.

Aoki signed with Pro Wrestling NOAH in late 2005 and trained with one of its biggest stars at the time, Jun Akiyama. He quickly became a major star in NOAH’s junior heavyweight division, winning the GHC Junior Heavyweight Tag Team Championships twice, once with Naomichi Marufuji and once with Kotaru Suzuki. He also won multiple tournaments during his time in NOAH, and remained a central figure in their junior heavyweight division while he wrestled there. 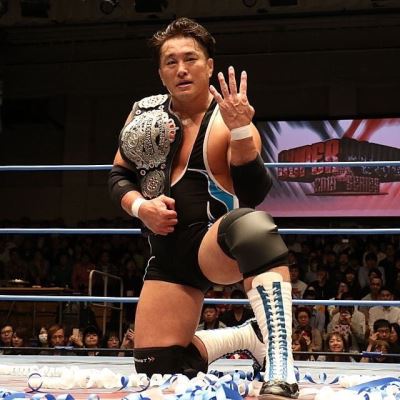 Throughout his tenure in NOAH, Aoki wrestled for other promotions as well. In 2009, Aoki was one of several NOAH stars to compete in rival promotion New Japan Pro-Wrestling (NJPW)’s Best of Super Juniors Tournament and the resurrected Super J Cup tournament. He also got to wrestle for Lucha Libre AAA Worldwide, winning its version of the World Tag Team Championships alongside fellow NOAH mainstay Go Shiozaki.

Aoki’s tenure in NOAH ended abruptly at the end of 2012, following the controversial firing of legendary performer Kenta Kobashi. At the time, Kobashi was the highest-paid wrestler in NOAH, yet had barely wrestled in several years due to serious damage to his body. Facing severe financial constraints, NOAH figureheads decided to terminate Kobashi’s contract, which was met with uproar among the wrestlers. Aoki’s final appearance for NOAH was a one-time appearance for Kobashi’s retirement show “Final Burning in Bukodan” in May 2013.

All Japan Pro Wrestling was next for Aoki in January 2013, along with Jun Akiyama, Shiozaki, Kotaro Suzuki, and Yoshinobu Kanemaru. Together, they reformed the “Burning” wrestling stable, which was the same one that was started by Akiyama and Kobashi in AJPW back in 1998.

His tenure in AJPW proved to be much more successful than in NOAH. Aoki won the All Asia Tag Team Championships three times, AJPW’s World Junior Heavyweight Championship four times, and won junior heavyweight singles and tag tournaments give times between 2013 and 2016. He also began doing a lot of work backstage for AJPW as well, and in 2016, he was named president of talent relations for the promotion.

Aoki’s passing has led to an outpouring of sympathy and tributes from his former colleagues and fellow wrestlers. AJPW president was particularly tearful in his press conference following Aoki’s death, noting that,

“Aoki was someone I and All Japan could rely on, no matter what,” said Jun Akiyama.

Condolences have come from many wrestlers around the world, including Shinsuke Nakamura, Kassius Ohno, Joe Coffey, Rocky Romero, Roderick Strong, Cody Hall, and Zack Sabre, Jr. New Japan Pro-Wrestling also released a formal statement of condolence as well, despite Aoki having wrestled there on only a handful of occasions.

Vancouver wrestler/musician Kenny Lush was a fan. “So sad to hear of the passing of Atsushi Aoki,” wrote Lush. “I was lucky enough to learn from him at the 2009 Harley Race camp. One of my favorite matches ever was him vs KENTA in this outdoor venue. He made every move mean something and look good. If you’re a worker or wishing to be a pro wrestler look his stuff up. He was great! RIP”

I just can’t believe it,” wrote Sam Elias. “Every time I saw him he would smile and we would dance like idiots. He spoke the best English and always went out of his way to help me and the other foreigners in Japan. He was a genuine person and a true friend. This Hurts… Rest Easy Aoki San”

At the time of his passing, Aoki was the reigning and defending AJPW World Junior Heavyweight Champion and was scheduled to defend it against Hikaru Sato on June 18th in Korakuen Hall. The title has since been vacated, leaving AJPW’s junior heavyweight division without a champion.