Koji Kitao, a highly successful and controversial former sumo and pro wrestler, died on February 10, 2019, his passing only just becoming common knowledge. He was 55. His wife announced that his death came following a six-year battle with chronic kidney disease.

From the very beginning, Kitao was pegged to become a major success in sumo. Standing 6-foot-7 and weighing 353 pounds, Kitao was lauded as one of the most athletic individuals to ever enter the sport. But that success also brought with it some high-profile controversies, both in the sumo world and later on in pro wrestling as well. 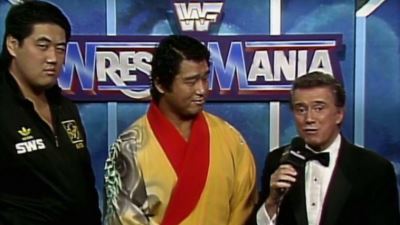 Kitao made his sumo debut in March 1979 when he was only 15 years old. He spent the first six years of that career making his way up the ranks, performing in a highly regulated and tradition-laden environment. While still in one of the lower divisions of sumo, Kitao defeated a yokozuna — a term used to describe the highest rank in sumo — Kitanoumi and was awarded the Outstanding Performance prize as a result. By 1986, Kitao had risen through the ranks to become a yokozuna himself, though that decision brought with it significant controversy.

Kitao, then performed under the sumo name Futahaguro, became the only person in sumo history to be bestowed the rank of yokozuna without winning a tournament. This decision was considered a break in tradition in sumo, as the entire sport’s very structure was built around win/loss records and proving one’s worth to increase their rank. 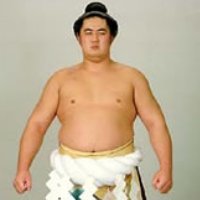 Worse, he was said to develop a serious attitude problem upon his promotion to that top rank. Several commentators noted that his performances became inconsistent and underwhelming, something that was unbecoming of someone at that highest ranking. There were also numerous reports that he was difficult to work with, had punished stablemates physically, and had even struck his stablemaster’s wife following a heated argument with her husband. As one writer put it, “It was a temper tantrum that did him in. In the tradition-bound world of sumo, where the virtues of honor and harmony are law, there is no room for a man who, in a pique, sidekicks his 88-year-old stable master and shoves the master’s wife into a sliding door.”

These events all led to Kitao being expelled from the Sumo Association, making him the first person to ever receive such a punishment.

From there, Kitao entered the world of professional wrestling, but that career was likewise full of issues and disagreements.

After a short and uninspiring run in the AWA (during which he wrestled under a mask), Kitao had a short run in New Japan Pro-Wrestling. The reason it was so short was because Kitao acted very disrespectfully towards Riki Choshu, one of NJPW’s top stars at the time. 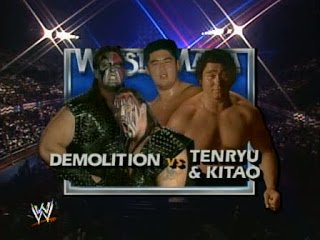 Kitao then departed for Genichiro Tenryu’s Super World of Sports (SWS) promotion, which had a working relationship with the then-WWF. This led to Tenryu and Kitao defeating Demolition in a short match at WrestleMania VII, though there wasn’t any follow-up to that random match-up.

One week later, Kitao was back in SWS and had the most infamous moment of his entire wrestling career. On that night, Kitao wrestled John “Earthquake” Tenta, a former WWF star and himself a former sumo wrestler as well. However, for reasons that only Kitao knew, he decided he would not cooperate in that match.

What was supposed to be a titanic clash between two former sumo wrestlers ended up being a wrestler’s worst nightmare. Tenta was stuck in a wrestling ring with a man that did not want to work with him whatsoever. As the match progressed, Kitao became increasingly uncooperative, not selling any of Tenta’s offense and threw a temper tantrum ringside. As the referee tried to restore order, Kitao kicked the referee legit, which caused him to disqualify Kitao. But Kitao wanted none of that, and grabbed the house microphone and cut a shoot promo saying something along the lines of “wrestling is fake,” albeit in a more vulgar manner.

In doing so, Kitao committed a serious transgression, much like did in sumo. While western wrestling fans more or less knew wrestling was fake/scripted by the early 1990s, the same could not be said in Japan. Wrestling was — and still is — presented as a legitimate sport, with the athleticism taking precedence over the stories and characters. In calling wrestling “fake” in front of a Japanese audience, Kitao committed a cardinal sin in his fellow wrestlers’ eyes. He was soon fired by SWS, and ventured on to smaller promotions in the following years.

In the years since then, Kitao appeared for lesser Japanese promotions like UWFi and WAR, and even made a brief return to NJPW in 1995. However, these things did little to help him recapture the limelight he had enjoyed a decade earlier. He retired for good in 1998.