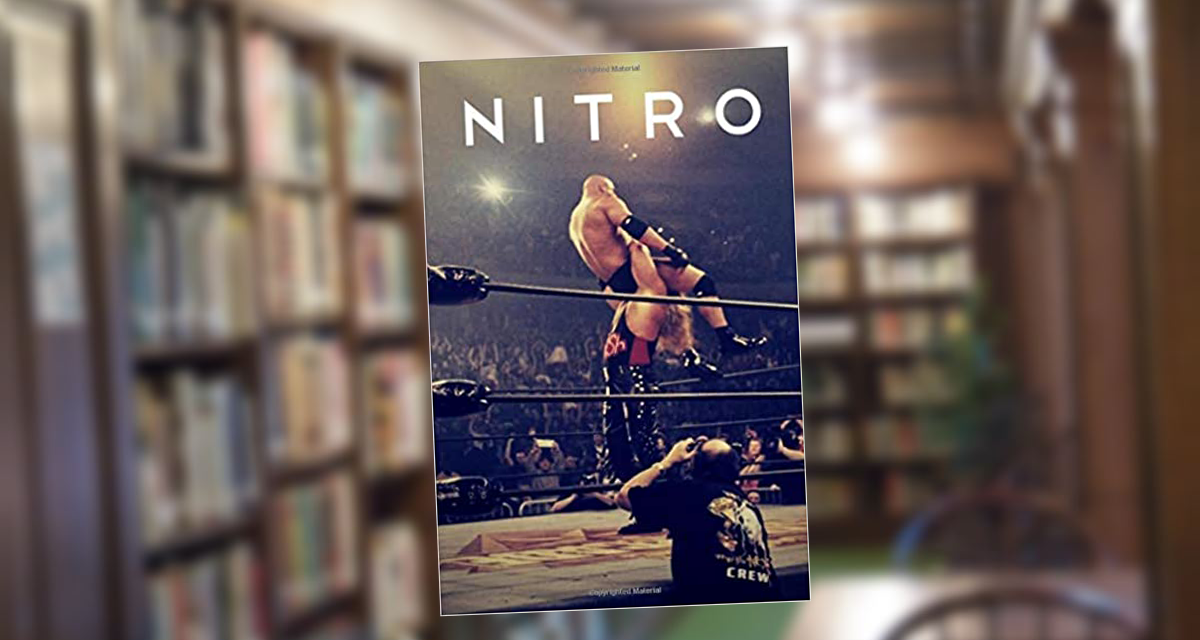 The retelling of the rise and fall of (World Championship Wrestling) WCW has become something of a growth industry these days. Everyone from Eric Bischoff to Disco Inferno have a podcast. The most recent addition to the discussion is Guy Evans’ new book, Nitro, The Incredible Rise and Inevitable Collapse of Ted Turner’s WCW.

Readers might be concerned by the sheer dimensions of the book. It clocks in at over 560 pages and that is not large font. Worry not. Evans has a very fluid style that is compelling. At no point in the book was I bored. I also appreciated the fact that Evans does not talk down to wrestling fans or dumb down the material.

Evans covers all the major points of the WCW era: the first Monday Nitro, rise of the nWo, Goldberg-Hogan in Atlanta, David Arquette as champion. It is all there and well covered. There is not an episodic breakdown of Nitro which I thought was a positive move. The book does follow a logical chronological order but does not get stuck in the weeds of giving a review of every Nitro ever produced.

I thought the book really shone when Evans covered some of the lesser-known aspects of WCW like its foray into streaming pay-per-views on the internet and the WCW Live! internet audio program featuring Jeremy Borash. Considering the era was 1999-2001, some of the things the WCW did were quite cutting edge.

The writer also fleshes out the main characters of the time by giving the personal backstory of people like Eric Bischoff, Ted Turner and Kevin Nash. It is easier to understand some of their motivations by understanding their history.

Another area where Evans shines is telling the business side of WCW and the complex relationship with Turner Broadcasting. Evans outlines the history of WCW business dealings from the purchase by Turner of Crockett promotions all the way to the eventual sale of WCW to the WWE. He does this by interviewing inside people ranging from former marketing executives to former CEOs of Turner Broadcasting. The reader is also privy to many insider emails and memos. This helps to flesh out the real story of how WCW ultimately folded.

Evans interviewed over a 120 people in putting together the book. Considering all the different sources, Evans weaves their stories together remarkably well and does not set out to bury any particular person. It helps that Evans was not a WCW insider and does not have any vendetta or score to settle. Instead, the book reads like a well-put together case why WCW ultimately failed.

It’s different, too, than the bestselling book The Death of WCW from R.D. Reynolds and Bryan Alvarez, which first came out in 2004. In its first edition, there were few on-the-record quotes, but tons of info and sardonic humour over the fall of the company. The second edition, updated and expanded for its 10th anniversary, brings more people and context into the book. Time allowed for more perspective with The Death of WCW‘s second edition, something that Evans most certainly did here too — more people have talked about WCW and its problems in the ensuing years.

One key source for Evans was former WCW feature producer and voice of the nWo, Neal Pruitt. Evans and Pruitt have teamed up for a podcast, Neal Pruitt’s Secrets of WCW Nitro which makes a great companion piece to the book. The podcast started out with Evans interviewing Pruitt about some of the behind-the-scenes aspects of Nitro. It later morphed into Pruitt doing in-depth interviews with everyone from David Crockett to Diamond Dallas Page. In many ways, it is like an audio version of the book. I could see Evans and Pruitt touring a live show, the content is that good.

Perhaps the only minor points to improve the book would have been to have colour photographs. The middle section does include a number of photos that have never been before but they are all in black and white. Also, it would have been interesting to see more information about the use of luchadors from Mexico on Nitro during this time period. Perhaps an interview with Konnan would have worked. These points are merely nibbling at the edges of a great book.

Nitro, The Incredible Rise and Inevitable Collapse of Ted Turner’s WCW has moved into first place on my wrestling bookshelf. I can see it as the definitive source on this era of wrestling for the near and distant future. Well done, Mr. Evans, well done.