Video Mike was a fixture on the indy wrestling scene around greater Detroit for years and years. His death in December hit the community hard, and to honour him, a tribute/benefit show is happening on Saturday, February 10th.

“His real name was Mike Shepich. But everybody knew him as Video Mike,” recalled veteran manager Handsome Johnny Bradford. “I didn’t even learn his real name until a year later. He did a lot of indy video taping, as well as doing custom work for talent trying to get noticed. Just about every indy group may have used him at one time or other.” 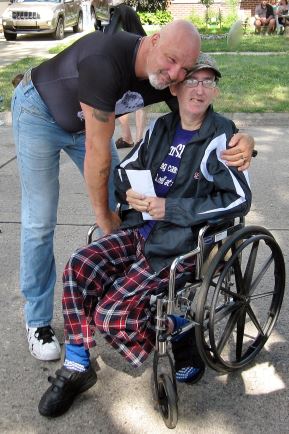 “Mike had a true love for pro wrestling and video recording special events despite his illness he was going through,” said The Soultaker. “He was a true Ultimate Warrior.”

Izzy High was a long-time friend of Shepich’s. “In a business of people ‘larger than life,’ Michael was a true example of manhood — a father, husband, and friend to all who knew him, even at his lowest, would remind others to be grateful for the life that they had, and make the most of every moment,” said High. “The Michigan wrestling community lost a member of our family, but gained the example of what a man truly is. Dare to Dream.”

The Dare to Dream is a reference to Shepich’s effort to help a friend (first video), and then himself (second video):

In 2011, he began to develop neurological function problems, and after a series of tests, he was diagnosed with Syringomyelia — a rare spinal cord disorder where cysts (called a syrinx) form inside the spinal cord, expanding and elongating over time, destroying a portion of the spinal cord. (More info on the disease is available at WSTFCure.org.)

Without a cure, he knew his time was limited.

He attended Athens High School in Athens, Mich., graduating in 1987; there he was a part of the marching, concert, and jazz bands. After high school, Shepich also played in the Oakland County Community Band for a number of years. 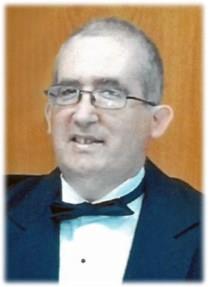 Joe Ranta addressed Shepich’s role in the Michigan wrestling scene: “He taught himself to be very proficient on the computer and combined his computer skills with video filming to produce wonderful DVDs for family and friends. As a youngster, Mike always had an interest in professional wrestling and for many years he filmed local amateur wrestling shows. Many of his best friends are Detroit area local wrestlers. For several years Mike and his family have sponsored a fundraising booth at the annual Roseville ‘Relay for Life’ cancer walk event. Mike was instrumental in arranging a wrestling show at Relay for Life to help raise additional funds. He was always ready to volunteer at his church and community and will be missed by all.” 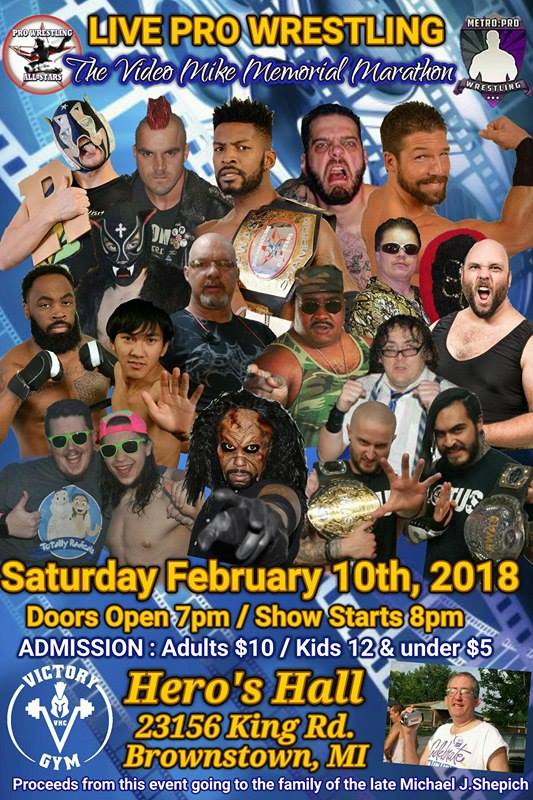 On Facebook, another cameraman, Witold L Kruk, shared his memories: “When I filmed shows locally I had the pleasure to work with Michael J. Shepich on many shows together, he was always,a blast to work with, and wanted to do his very best to preserve the history of the shows, Mike did a fantastic job with his King productions doing a tribute for Ron Stewart with a very touching video, Mike also helped me fill in a few gaps with shows I needed. I loved meeting up with him at the movie theater where he worked and getting my dvds (we joked that the management might think we were swapping bootlegs of films LOL)”

Ring announcer and commentator Leonard Brand is left with the last word, which he posted on Facebook after learning of Video Mike’s passing:

I sit here this morning kinda a loss for words. I knew my friend had the cancer and I knew he was dying but yet I never made the time to go visit him. Now I sit here wishing I had made the time. My friend was known to many as “Video Mike” passed away this morning. He was at many wrestling shows doing his best to film the matches. He always did his best to try to preserve the history of pro wrestling in the Detroit area. At times a few people didn’t like him but he would just offer a handshake and never let anyone bring him down even to a guy who wasn’t always nice to him. I don’t think that man had a mean bone in his body. Some will say that he lost his fight with cancer but I have the thought that he beat the cancer because now he is pain free. He can live in eternity where there is no pain and no sadness. I look at it like he just got a head start on the rest of us. Mike Shepich thank you for being my friend. Thanks for loving pro wrestling just as much as the rest of us. God speed my friend and please save a chair for me.

— with files from Joe Ranta