As NXT TakeOver: San Antonio and the Royal Rumble both loom right around the corner, Triple H addressed whether it is time for NXT Champion Shinsuke Nakamura to move up to the main roster.

According to the WWE exec and guiding force behind NXT, it is not a matter of if but of when.

“I wanted him (Nakamura) to be here. I sang his praises. I am the one who went after him. There is still a curve coming in the door. He needed to have that (NXT) experience in order to be successful on that main event roster and he is there. Now, it is just a matter of time of when it fits in moving up to the main roster,” Triple H (Paul Levesque) said in a conference call. 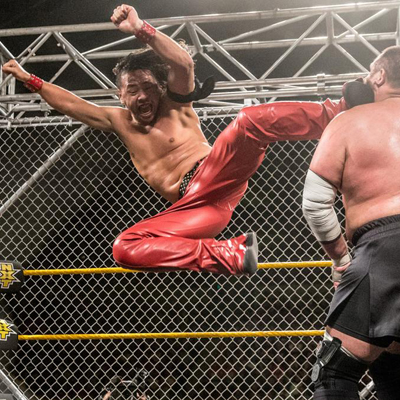 Triple H explained how there is no denying Nakamura’s experience and in-ring talent but there were several obstacles in his way of working the main WWE roster.

“When you are talking about a guy who comes in from another country, with a different style, with a language barrier, with no real…and this is hard for people to accept when I say it…but no real knowledge of television production, Shinsuke was a wrestler and a performer for whom it was irrelevant to him that there were cameras shooting him. That is not how it works for us. We are a television show and it is a completely different thing. That is a philosophical difference and working with the talent to get to where they need to be, to work television and to be able to succeed on that level is a different thing altogether,” he said.

When it comes to the NXT TakeOver: San Antonio show, Triple H described it as a tricky show to book and produce due to several factors including some high profile talent moving to the main roster.

“This has been a little bit of a unique build on the way to this. For me, it was challenging given all the things going on,” said Triple H revealing that the winners of the annual NXT awards would be revealed on the Takeover pre-show. “There were a lot of strategic changes in the WWE that changed the landscape of NXT and given the holidays and our shooting schedule where we already had taped shows for the end of the year that ended up being the Japan, Osaka show and the Melbourne show, those changed a little bit of how I built this show and promoted it but that being said, the card itself to me is stellar.” 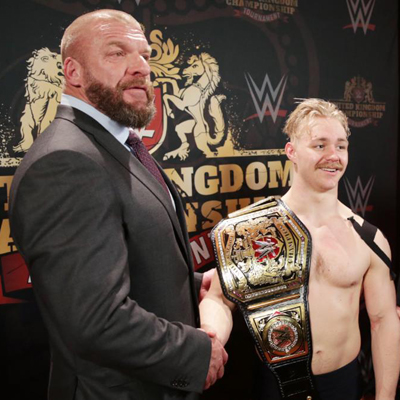 “The confusion is based on people’s refusal to acknowledge the reality of the situation. We signed talent as part of this UK tournament. We are looking forward to what will become a weekly show over there. The talent knew going in what the deal was. They knew what the restrictions were and what the restrictions weren’t. We are not restricting them working for anybody as long it is not distributed. As long as there is no distribution outside of the live event,” Triple H explained, also saying the WWE is not being heavy-handed about the situation in any way although some of the promotions tried to include a distribution component well after the contracts were signed, sealed and delivered.

A weekly UK WWE show is one of Levesque’s priorities but he couldn’t give an exact premiere date as not everything has been finalized in that regard.

“I wish I could tell you it would happen on such and such a date but there are a lot of factors involved. You are talking about weekly television,” he clarified. “In the meantime, we are going to give exposure and help those careers thrive of the guys we are working with in the UK. That is our goal. It is going to benefit them as well.”