Japan earns an MVP nod; TNA not so much

If you ask many wrestlers what their ultimate achievement would be they would say to work in World Wrestling Entertainment, a dream for many but not for MVP who states that while WWE was a goal, the dream was actually to wrestle in Japan.

Asking for his release from WWE in December 2010, MVP had already participated in high profile feuds with Kane and Matt Hardy, while also holding the WWE United States championship for 343 days before heading off to the Land of the Rising Sun. 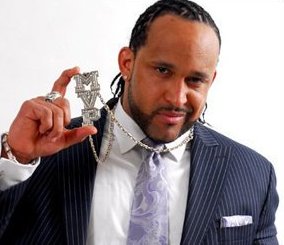 “By that time I just kind of felt that my time in WWE was up, and I was trying to move on,” MVP explained. “My dream was always to wrestle in Japan. Wrestling in WWE was my goal, wrestling in Japan was my dream. Because of my time in WWE and the profile that they gave me, it afforded me the opportunity.

MVP enjoyed his time in Japan, which lasted for two years during which he competed for New Japan Pro Wrestling where he claimed their prestigious IWGP Intercontinental championship.

“I had the time of my life in Japan, truly one of the highlights of my entire wrestling career. When you’re having matches in Japan with guys who don’t speak English, especially guys that you’re working with for the very first time, that can be dangerous. You just have to take extra caution. They all speak wrestling, they may not speak English, but they speak wrestling.

“Culturally, it’s so different,” MVP stated, as he described the difference with Japanese wrestling and its fans. “I noticed how polite the crowds are. In Japan when a fan wants an autograph if you’re talking they will stand there and wait in silence until you finish speaking, before they interrupt to ask.

“The fans in Japan bring you presents. So certain stars, you’ll see in the locker room, just have bags and bags of gifts because for whatever reasons fans just bring them chocolates and cakes and sometimes nice little toys, all kinds of things.

“I’ve got three shelves of Godzilla figures that have been given to me by fans.”

In early 2014, MVP found himself coming into TNA at a time when a number of big name stars had left the company, which excited MVP and he relished the challenge plus the lighter schedule that the company offered compared to WWE.

“I was excited about the challenge of stepping into the role of such a heavy player and trying to contribute to make TNA a quality show. I always knew that with TNA, the issue was never the talent. There was always talent it was just the various creative ways the talent was used.

“I decided I wanted to give TNA an opportunity. If I had gone back to WWE it would have been the full-time WWE schedule, the 250 days a year grind.

“After spending a couple of years in Japan I wasn’t used to working like that. In Japan, you go over for a few weeks and you’re off for a few weeks. You actually have time off unlike that WWE grind where there is no time off.

“TNA made me a really sweet deal for 50 dates a year. I spoke to a few of my friends that worked there, I got some pluses and some minuses, took them all under consideration and thought I’d give TNA a shot.”

However, his time in TNA was a frustrating one. He found himself in disagreement with creative and his tenure with the company lasted just over a year and a half.

“A number of people tell me that they really enjoyed what I brought to TNA. I would often be in disagreement with some of the things that they did creatively, but by the same token, I have to give credit where it’s due. When the Beatdown Clan stuff came together, they gave me a lot of creative room with the imagery, the colours, the presentation and the entrance. All of it was my idea and they allowed me to put it to work. 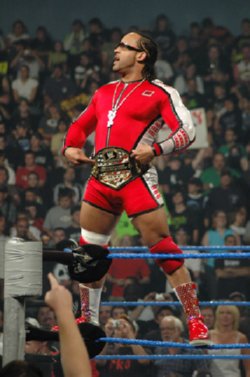 MVP in WWE in 2007. Photo by Mike Mastrandrea

“I left TNA on bad terms but that company has one of the hardest-working locker rooms in the industry. I worked with those guys and I was in the trenches with them when we would have five days of tapings. Doing two, sometimes three episodes per day the guys were busting their asses doing two shows every day back to back. The same goes for the production crew they’re awesome, hard-working people.

“I just share a very different point of view about how certain things should be handled regarding management. I think there’s nothing wrong with the production crew, with the talent, I just think the management of the company leaves much to be desired.”

Having been a mainstay on the wrestling scene for over a decade, being a main event player everywhere he has been MVP is optimistic about his future in the wrestling business and content on what he has achieved.

“It’s really cool to be at a point in my career where I have enough name value and notoriety that I can have the schedule on the independent scene as busy or as light as I want. It’s actually quite an honour, to be appreciated that much by the fans that I am in demand that way. It feels so good after spending so many years devoted to this craft and working all the time to be able to be able to do what I want to do and spend time with my son.”