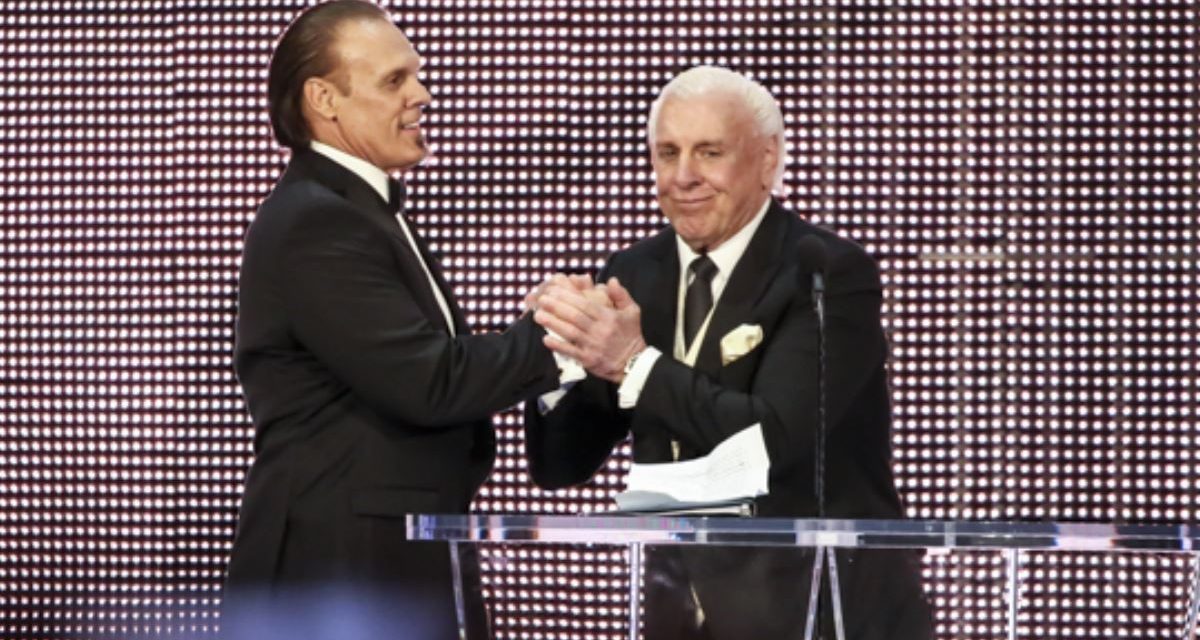 A packed house at the American Airlines Arena in Dallas, Texas were treated to Ric Flair and Sting stealing the show once again in the main event of the evening. Thought they weren’t trading chops or submissions, the two cemented their bond in the sport of professional wrestling yet again as Flair gave an introduction as only “The Nature Boy” could and brought out the headline inductee in this year’s 2016 WWE Hall of Fame class.

Sting managed to live up to the hype that Flair gave him coming in, as he started talking about his early days in wrestling with Jim Hellwig, better known as The Ultimate Warrior or Warrior. Along the way, we learned about the hardships in wrestling that helped Sting to find religion and relieved the years in WCW he will be best known for. He concluded with last year’s WrestleMania moment and thanked many of the people who helped him to that penultimate match, along with Ric Flair making his career and starting him on the path to where he is today. 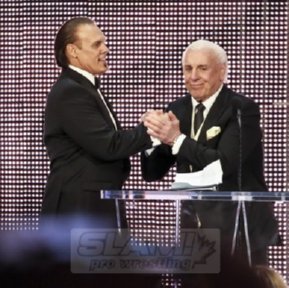 “The Stinger” went out like only he could, as he retired to close the speech. However, as with the Sting we know, he left a little bit of mystery as he told fans that this wasn’t a goodbye, but “it’s see you later!” as he grabbed his bat and sunglasses to close the ceremony.

While the headliner stole the show, one inspirational speech from Warrior Award winner Joan Lunden brought the most emotion of the night after an introduction from Dana Warrior, the widow of the aforementioned Warrior. Words cannot possibly do justice to what the former Good Morning America host and breast cancer survivor Lunden had to say, but the smiles and tears in the arena helped to paint a picture.

The most entertaining induction of the show came as John Cena introduced celebrity inductee Snoop Dogg. Despite boo birds being out in full force for Cena, Snoop had a surprisingly thoughtful speech about his experience with wrestling in comparison to other celebrities who received the honor, discussing seeing Andre the Giant as a kid and taking his little cousin, Sasha Banks, to a WrestleMania. 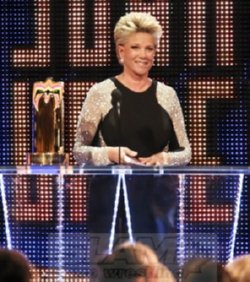 Earlier in the night Ron Simmons and John “Bradshaw” Layfield opened the show as the APA introduced someone they thought could have been the third member of their tag team. The APA did their best Laurel and Hardy, feigning risque stories.of their riding partner before the man himself came out as conductor of the infamous “Ho Train.” Godfather, born Charles Wright, told the fans how much he missed them and even got them to wish his grandson a happy birthday. Wright recalled the Attitude Era as the time of his life and kept it very short and very sweet before he caught his return aboard the Ho Train.

Vader inducted Stan Hansen in and told of the power and athleticism of the 300 pound cowboy, sharing the infamous story of Hansen breaking his nose before swinging his bullrope before they hit the ring and taking his eye out of its socket in the match that followed. Vader popped on gag glasses with an eye on a spring before bringing out “The Lariat.” Hansen came out looking as gritty and tough as any black hat movie cowboy, but that is where the toughness ended as Hansen gave out extensive gratitude and warmth to opponents, mentors, and family alike. Stories from the Dallas Sportitorium all the way to Japan kept Hansen and the fans smiling before he threw up the horns on his way out.

The Dudley Boyz talked of the toughness of Jacqueline Moore and called her “one of the boys.” Tales of cheapness on the road brought out their “friend for life” and Moore came out looking like she could lace up the boots just as easily today. After a brief career summary and thanks to some of the Divas of the past, Moore thanked the fans and had one of the shortest speeches of the night.

Michael “PS” Hayes and “Gorgeous” Jimmy “Jam” Garvin had a tough act to follow as WWE Tag Team Champions The New Day introduced them in typical bombastic fashion, but they managed to fly high in Freebird form as they told stories about their time in WCCW against The Von Erichs and even brought out the sons of the late Terry Gordy and Buddy Roberts. A book could be written on what all Hayes and Garvin brought to the podium tonight, but it was truly one of the more interesting speeches of the night and made the time fly right by.

In another family moment, the family of “The Big Bossman” Ray Traylor accepted on his behalf after an entertaining introduction from Slick. His family reminded fans of his big heart as so many wrestlers had before after his passing. They even brought out the infamous nightstick and name-checked the infamous (but for much different reasons) Pepper in a lovely remembrance of the father, husband, and wrestler.

WrestleMania may be the grandest spectacle in sports entertainment, but the WWE Hall of Fame Induction Ceremony serves as a roller-coaster ride in itself with stories that pull every emotion one could think of out of attendees and viewers at home.

The WWE Hall of Fame Class of 2016 did not disappoint in that tradition.