Randal Brown was ‘Lord of the Rings’

An exaggeration? Not really. Brown, who died March 24 at the age of 64, was a wrestler, promoter, TV commentator, businessman, and raconteur of the first order.

But he also earned distinction as a master craftsman of rings that serve as the workplace for wrestlers around the world, from traditional four-sided rings to TNA’s hexagonal units. Add to that Brown’s oversight of mat canvass and turnbuckle pad production for WWE, and odds are that many wrestlers today have taken a bump on his handiwork. 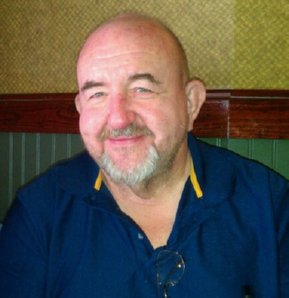 “I can’t begin to tell you how many rings we’ve sold in the lifetime that I’ve done business with Randal,” said Michael Bochicchio, owner of Charlotte, N.C.-based Highspots, who worked with Brown since 1998.

“It is really incredible how many rings went all over the country and all over the world. We even shipped them internationally, which didn’t make sense financially, but there was always the mystique of ‘This ring is great. It’s the best ring,’ ” Bochicchio said.

For Brown, transitioning to ringmaster was a labor of love and a way to stay connected to the business that he’d entered as a teenager but abandoned in the 1980s after injuries curtailed his active career, often fought as a masked Assassin.

“Rasslin’s kept me out of jail. I’d have killed people,” Brown told SLAM! Wrestling during one of many conversations through the years.

In fact, growing up in Nashville, Tenn., Brown was a purebred, 100 percent hell-raiser, though you would never suspect it if you watched him gingerly walk with a cane in recent years or listen to his slow and colorful drawl that pronounced something not just dead, but “graveyard dead.”

At Central High School in Nashville, which already had a tough reputation, Brown did most of his schoolwork with his fists.

“When I was young, I loved to fight. I just loved it. Football was a pansy sport. I went there for the seventh through the twelfth grade, and by the time I was halfway through my seventh-grade year, I was fighting people in the tenth and eleventh grade. I couldn’t find no action in my group,” he laughed.

“Back in those days, we didn’t have gangs. We had schools. Central would go fight Cumberland or Two Rivers; whichever school we had a particular sporting event that week, that was the one we went and beat the hell out of all week,” said Brown, who still managed to graduate from Central in 1969.

Brown was exposed to wrestling as a kid; his mother thought Tennessee star Jackie Fargo was the devil incarnate until the Fabulous One turned from heel to good guy, at which point Mother Brown became his biggest fan.

Meanwhile, her son was drinking, fighting, hanging out late at night and ended up living in the back room of a pool hall. Good fortune came his way, though, when Tojo Yamamato, the sinister Japanese heel, noticed Brown working out at a small gym in Nashville.

Tojo was as tough as they come, but Brown wasn’t bad, either, and the veteran wrestler took the teenager under his wing. Brown was just 14 when he first entered the ring as a last-minute sub for an inebriated wrestler.

“Tojo introduced me to some guys that I couldn’t whip,” Brown told South Brunswick Magazine in North Carolina in 2011. “I was hooked. I had to learn to wrestle. I had to win.”

For several years, Brown alternated between wrestling and other pursuits in the Southeast. He bought and sold the pool hall in Nashville, got a serious, long-term job in data processing at Georgia banks after his mother died and kept his fingers in an assortment of odd tasks.

Along the line, he became concerned that the psychology and laughter of wrestling was being sucked out and replaced with sheer feats of acrobatics; impressive, but hardly the equivalent of a well-timed Jackie Fargo strut, he thought.

“You go to a circus to see people do impossible things. You go to see a guy do his thing on a high wire, 40 feet in up the air. And you look at home and say, ‘No, that can’t be done, but by God, that guy’s doing it!’ And that’s absolutely exciting — once a year,” he said.

“The circus never comes to town but once a year and the reason they do is because if they came every week, attendance would immediately drop. And that’s what happened to wrestling,” said Brown, who later was an on-air commentator for North American Championship Wrestling in the Carolinas.

After retiring from the ring, Brown started paying more attention to the construction that went into it. Living in Shallotte, N.C., and promoting small shows, he soon found things went a lot smoother if the ring could be set up and disassembled quickly.

He tapped into the knowledge of a friend and mechanic named Bobby Burt. They came up with a ring that could be erected in 40 minutes and taken down in half that time — an enormous savings in manpower costs.

Meanwhile, Bochicchio learned about Brown from an independent wrestler who claimed that he had found the gold standard of wrestling rings.

“Seeing the rings that were out there and seeing how difficult they were to put up — how many man-hours they took and how many pieces they required — it was like, ‘This is so much work,’ ” Bochicchio said. “Then Randal made this ring where the parts were interchangeable. There were so many fewer parts and it much easier to transport.”

Bochicchio ordered one ring from Brown, then three … and the business blossomed from there as Brown and a team he put together in Shallotte churned out ring after ring. At Brown’s house, workers cut canvases and ring skirts to specifications, and then went to a nearby building to piece together and weld the equipment.

“That’s how I got into the wrestling ring business, because I was so impressed with the design and I liked his so much,” Bochicchio said. 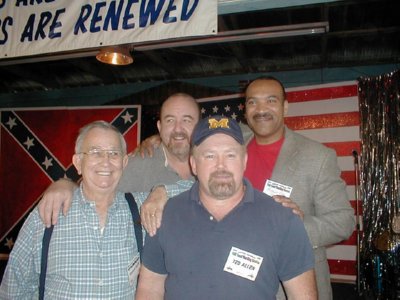 For years, Brown personally delivered rings to buyers around the United States and Canada since they’re notoriously hard to ship by truck because of costs and packing requirements. His commitment to detail even landed him in Australia to calm a displeased customer, Bochicchio recalled.

“I was joking because he’d never really flown that much and Australia is not a short trip,” Bochicchio said. “But he said, ‘I don’t want somebody being unhappy with one of my rings. Just book me a trip.’

“So he went all the way out there and, of course, it was just another person who never owned a wrestling ring before. Whatever the issue was, it was minor. But that was the type of guy Randal was. He wanted to make sure everybody was happy with his product.”

His product was not limited to rings, either. Slim Jim contacted Bochicchio before WrestleMania in 2010 — the snack company was a primary sponsor of the event — because they wanted a ring that could be used as a pen full of balls for kids to play in safely.

“I gave Randal the idea and he said, ‘Let me think about it.’ A couple days later, he came back with the pricing and what it would be. Whatever it took, Randal would make sure it got there on time and we got great feedback on it,” Bochicchio said.

Brown took the same approach to the manufacturing of canvasses and turnbuckle pads that constitute a chunk of Highspots’ business.

“Probably in the last couple of years, that’s been the majority of the revenue that Randal’s been responsible for. So they take real pride in Shallotte, producing the canvasses that appear on national and international TV for WWE. It’s a real badge of honor for a small, little town like Shallotte.”

With his health on the wane in recent years, Brown transitioned his work to a team that’s schooled in his techniques and will continue to generate top-notch rings and related equipment.

“I just loved talking to him about the business and other stuff. The news of his death is very disheartening,” Carolina Wrestling Showcase owner Bobby R. Yates posted on Facebook. “The world has lost another good man. The wrestling business lost a vital intricate part of itself.”

Brown is survived by three children, two grandchildren and fiancée Debbie Capps. In typical Brown fashion, friends will gather in his memory on April 10 in Shallotte at Planet Fun, a bowling alley/laser tag hangout that he frequented.