Charlie Fulton, who died March 11, 2016, was a role player in the wrestling business, making his way up and down cards on a full-time basis from 1968 to 1985, and then occasionally donning the tights until 1992. While he was proud of his longevity, there was a “What If?” factor for Fulton too.

“The way I worked, if I had been born about 10 years earlier—I was born in 1949—and if I was born in ’39, this might sound silly to you, but right around 1959, 1960, if I had gotten into the business, I would have been working, and that’s when guys like Buddy Rogers and Buddy Austin and Magnificent Maurice, Johnny Barend, and all these guys were. I’d have loved to have been in that time,” he confessed in 2011. 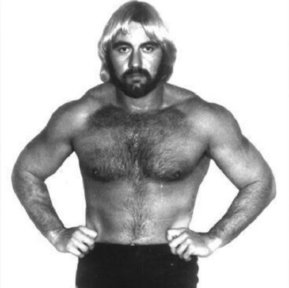 The Ohio native graduated from high school in 1967 and went to learn the wrestling business under Lou Klein’s watch outside Detroit. “There was no real ring inside. It was like a 2×4 platform, plywood on top of it, with padding on top of that,” he recalled. “You learned how to take bumps. That was hard as a rock. He put ropes up on one end, but they really weren’t, it was more like steel cable with hose on it—it was like you would see in a ring, but there was no turnbuckles, so there was no, what you call, give. It was just a little loose.”

Though he debuted in March 1968, working around two dozen shows for The Sheik, Uncle Sam called, and Fulton was drafted into the Army, and served two years, including time in Vietnam.

Upon his release from the service, Fulton started the wrestling part of his world journey, starting in Amarillo for the Funks (where he broke his ankle) and then to Montreal. Things were discouraging in La Belle Province, where he worked as Gary Fulton. “I went up there, and I didn’t have enough experience is what it was. I went up there and I didn’t bring my car with me. I depended on other people,” he said. “At that time, I was more suited for a smaller territory.”

Off he went to North Bay, Ontario, for the Larry Kasaboski’s summer circuit. After that, he quit, and got a regular job building frames for new houses. But the wrestling bug was still there, and half a year later, he was back working in Detroit, as a whole different kind of carpenter—one that builds up other stars.

He learned as he went, and shared what knowledge he could. “You just watched your P’s and Q’s, because most of the oldtimers, maybe they weren’t the toughest guys around, but they knew how to take care of themselves,” he said. “Don’t be a wise guy with them. You always thank everybody. ‘Thanks for your help, I appreciate it if you could do this for me, or help me like this.’ It’s not like you’ve got to brown-nose all the time, but if that’s the job you want, you’d better do it.”

There are few names the 6-foot-2, 240-pound Fulton didn’t get into the ring with, from an older Lou Thesz in 1973 to up-and-comers like Ricky Steamboat in 1977. His travels took him to traditional territories like Charlotte (where he stayed the longest) and Florida, to Japan three times (once as Mr. USSR), and seven trips to the Middle East. As a tag team, his most successful time came in the early ’70s when he teaming with Bobby Mayne (later Bobby Jaggers) in Tennessee.

“He was a great guy and to referee a match with him was so easy it was ridiculous,” wrote Sal Corrente on Facebook after learning of Fulton’s death. “I can’t say enough about Charlie as a wrestler he was a technician and always well liked. I can recall discussing him with George Scott, George told me that people would ask him when he was going to let Charlie go and he said NEVER. He had a lot of respect for Charlie as a worker.” 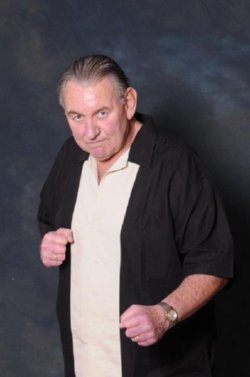 In a long profile on Fulton written by Mike Mooneyham in 2010 in the Charleston, South Carolina Post and Courier newspaper, longtime referee Tommy Young talked about Fulton: “He was a damn good performer … He was very solid, and all the guys liked him. He’d do anything you wanted him to do. He could get the heat up good if you needed to. And he had good size as well.”

Career highlight? “The first time I worked Madison Square Garden,” Fulton said, recalling he was 33 years old when he finally got to the famed arena. “I loved New York, I loved it. You know, when you’re doing this stuff, you think it’s never going to end, and you take a lot of things for granted. I’ve probably been in 32, 32 states. I’ve been around a lot of stuff. You just don’t take the time to go out and look around, because you’re in and out, and you think, ‘Well, I’ll be back here sometime.’ All of a sudden, time catches up to you and it’s gone.”

Heart problems in 1983 slowed his career considerably, though he did help train wrestlers, initially with Larry Sharpe and later on his own. Fulton’s best-known students are Raven and “Wildcat” Chris Harris.

The Facebook page of his wife, Irene, has a number of thank yous from past students and fellow wrestlers.

“As a young wrestler in IWA, I was booked to work with Charlie in my home town. I remember being so nervous because he had worked in federations all over the world, and here I was, just starting out and having to work against him,” wrote Preston Steele‎. “I remember meeting him for the first time, he walking up and introducing himself, shaking my hand as though we had known each other for years. I recall we had a great match that night; not because of anything I did, but because he, the consummate professional, put the match over as only he could do.”

“Charlie was the best of the best. He just celebrated a birthday a few days ago,but had not been very well for a long time. I will always remember and cherish our friendship,” wrote Boris Zhukov. “The way he encouraged me and pushed me to achieve my dreams and goals in wrestling world and afterwards as well.”

“He was a true mentor and really took me under his wing when I was just starting out,” wrote Ray Odyssey. “He spent countless hours teaching me how to act in the ring, but more importantly, how to act out of the ring.”

Fulton became a corrections officer in Ohio, and he retired in 2006 facing more heart issues. Around Marion, he kept busy, including working with independent wrestling promotions, spending time with his wife, Irene, and their family.