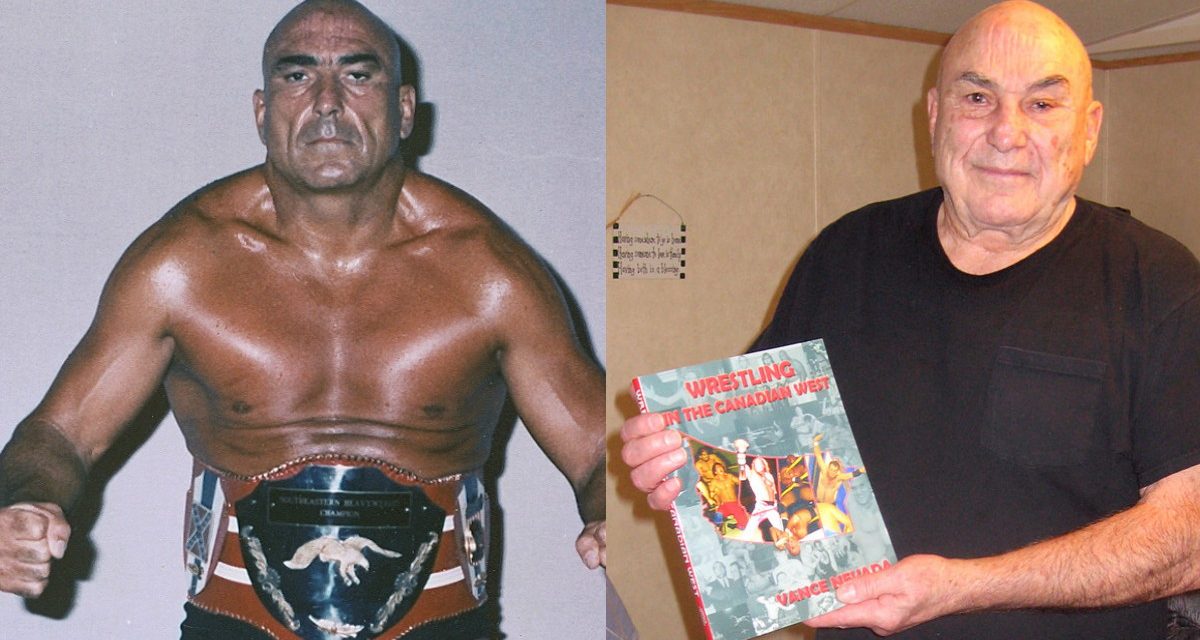 The passing of Archie “The Stomper” Gouldie has given me pause. Without question, he had the biggest impact on my career. Not only was he someone I liked to work with in the ring, but I liked him as a person too.

There many great guys and moments in my time in wrestling but Archie was special in a way that is hard to explain. 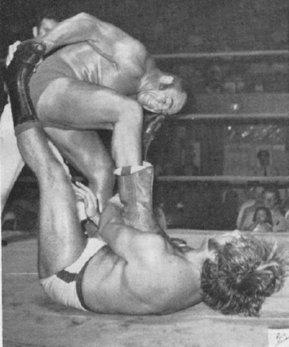 Archie “The Stomper” Gouldie stomps on Dan Kroffat in Stampede Wrestling in 1972. Photo by Bob Leonard

He should have been a bigger star. It’s like a guy who played in the CFL who could have played on any team in the NFL but he stayed in Canadian football. I don’t think Archie ever reached the limits.

If WWE was as big then as it is now, he would have been in WWE, and truly a villain, a real, solid, convincing guy that truly exemplifies what a villain is.

He and I connected well, and I had the pleasure of working with him a lot.

We did some angles that set records in Calgary that were never surpassed.

He used to say to me, “Wow, what a difference working with a thinking worker versus a guy who would just go out and sweat all night.” That was very complimentary, and I appreciated that very much.

I hit it off with him right out of the get-go. He and I had lots and lots of angles.

The fans loved to hate him, so my biggest battle was to stay babyface when I worked with him. That’s how much the fans enjoyed Archie in the ring. Today, we’d call him an anti-hero.

I did an angle once where I came in as the Destroyer, with a mask on and no one knew who I was because two weeks earlier, he’d crushed me and said he ended my career, given me brain damage, blah, blah, blah.

After two weeks off – a rarity – I came back as the Destroyer. I got in the ring with him and he supposedly didn’t know who I was. The crowd definitely didn’t know it was me. I beat the shit out of him, then I ripped my mask off in the middle of the ring.

Well, him and I went into the Corral in Calgary, turned away nearly 7,000 people, they were lined up for nearly 10 blocks, and we filled the building beyond fire regulations.

He said to me at the time that without question it was one of the highlight angles he’d ever done.

Funny enough, Archie was natural to work with. He was very obliging, he was easy to get along with.

Yet a lot of people said he was temperamental, he was moody, he was tough to work with, like he was very high-strung.

I never found that about the guy at all, and I knew him very, very well.

In my day, it was usually the heel, the bad guy, that lead the matches. It was a compliment that I could actually lead a lot of the matches with Archie, especially if it was my angle, which most of the time it was.

We have lost so many of our generation in recent times, which makes it even harder to accept the fact that we are all growing old and I guess this is to be expected.

But it is still hard to accept.

More than ever we should all take the time to connect with old friends, and to thank them if they made a difference in your life, as he did in mine.

There is a old saying that goes, When they made him they threw away the mold.

Archie “The Stomper” was truly one of them.

Rest in peace, my friend.

“Cowboy” Dan Kroffat is a legend in Stampede Wrestling, and also had runs in California (as King Crow) and in Japan.